Pipeline plans have local communities up in arms

About 70 members of First Nations and the B.C. communities south of the Fraser River met on May 24 at the Sumas First Nation Community Hall to talk about the threat of Kinder Morgan’s proposed Trans Mountain pipeline expansion project.

Grand Chief Stewart Phillip, president of the Union of B.C. Indian Chiefs and one of the presenters, said, “Over the 42 years of working on issues confronting Indigenous people, I’ve learned a few lessons. Know thy enemy.” He then proceeded to talk about meetings that he’s had with the Harper and Trudeau federal governments. “Like any government, they wanted to see if there was any wavering in the opposition.

“We have been fighting the extremes of the Harper government. The impact on our communities has been devastating. Appalling levels of child poverty, an increasing and alarming level of youth suicides, and harsh cutbacks to essential and desperately needed social service programs.

“Now we are in another battle, Battleground B.C.”

“There have been no more serious issues in the last four decades,” he said. “This is a PR battle,” Phillip explained, with the proponents using language like “this country was built on resource extraction,” “we have to be reasonable,” “it can be done in a safe manner,” and “it’s in the nation’s interest to move these projects forward.”

Eddie Gardner, who helped open the meeting and president of the Wild Salmon Defenders Alliance, said, “Kinder Morgan has done a good job of ‘oil washing’ that the only way to run the global economy is with fossil fuels. It’s a lie.”

Presenter Carleen Thomas, of the Sacred Trust Initiative of the Tsleil-Waututh Nation, said, “In my grandfather’s day, we lost the herring. In my father’s day, we lost the sea urchin. And now we’ve lost the clams, the mussels, and the oysters because the water is polluted. We know the impact of development. You can transplant that to your own story. You don’t have to be First Nations to know that.” She spoke about the future her five grandchildren will face, “I have to remain hopeful.”

Carleen Thomas speaks at the May 24 forum.
Gary Beattie

Thomas has been talking to First Nations along the Trans Mountain pipeline route. “We want to get on the same page so government can’t divide and rule as they’ve always done.”

“We feel a constant threat.”

“Support the First Nations where you live,” she told the community members of Mission, Abbotsford, Langley, and Surrey. “We have to be fighting this together.”

Chief Dalton Silver, of the hosting Sumas First Nation, said, “We feel a constant threat from the [Kinder Morgan] storage facility just above us. Our people weren’t happy with the maintenance of the existing line.” He also said his community did not give consent when the first pipeline went in.

John Vissers, an Abbotsford resident, noted that the existing Trans Mountain pipeline and storage facility are 60 years old and that’s the life expectancy for such infrastructure. “It’s past its best-before date and that’s not being addressed.”

Lynn Perrin, a director with PIPE UP Network, told the meeting that 900 watercourses would be crossed by the Trans Mountain pipeline. She said the recent repair of the existing pipeline, which would be similar to pipeline expansion construction, has already damaged an Abbotsford creek.

‘The risk is too high’

PIPE UP Director Michael Hale was given the task of debunking the myths put forward by Kinder Morgan. He said the pipeline project will result in less than 100 permanent jobs, and less than one per cent of the profits will be returned to Canada in the form of corporate taxes. Just like the raw log issue, he said, support of this project means exporting raw resources and Canadian jobs.

The project will also result in up to 400 supertankers per year on B.C.’s coast. “The huge number of supertankers means inviting a spill with devastating consequences for salmon and our sacred waters,” said Gardner, “The risk is too high. It must not go ahead.”

Patricia Ross, vice chair of the Fraser Valley Regional District, was at the meeting to learn more about the pipeline project. She said she has read the 533-page ruling of the National Energy Board (NEB) which recommended approval of the proposed pipeline expansion, with 157 conditions. “I have a lot of questions,” she said.

Ross was also involved in the Abbotsford community campaign to stop the SE 2 energy project. After hearing from the community, the NEB recommended against the project. “This [process for the pipeline] is really disappointing because we weren’t allowed to cross-examine…and the average person was not heard. There is an impact of marine pollution that we feel even here. I'm not sure the NEB fully understands that.”

Presenter Ben West, executive director of Tanker-Free BC has been working in partnership with First Nations. “We need to stop the dinosaur thinking,” he said. “We need to change the thinking in our heads…The only ones benefitting are the fossil fuel companies because they’re the ones making the money.”

He noted that, in Canada and even though the federal government has done little to support sustainable energy projects, more people are working in clean energy than in the fossil fuel industry.”

West said he was also encouraged that there has been a 90 per cent drop in the cost of producing solar power. “There have been huge changes in a very short period of time…We don’t have to wait. It’s already cost effective.”

Phillip told the meeting to prepare for the next step. Prime Minister Justin Trudeau has appointed an advisory panel to meet with communities along the pipeline route.

“This is not the time to be eloquent, or nice, or polite,” he said. “This is the fight of our lifetime. It’s the fight of a generation. We have to be loud and proud. There have to be 10 times the number of people in the streets. Only then will we have Trudeau’s attention.”

He then paused and said, “I believe this fight will be carried by the women because they carry the burden of poverty. They know the issue.”

Chief Judy Wilson, from the Neskonlith Nation near Kamloops, agreed. “Women are very connected because they’re life givers. Women of all nations need to stand together and hold that responsibility. That awakening is happening.” 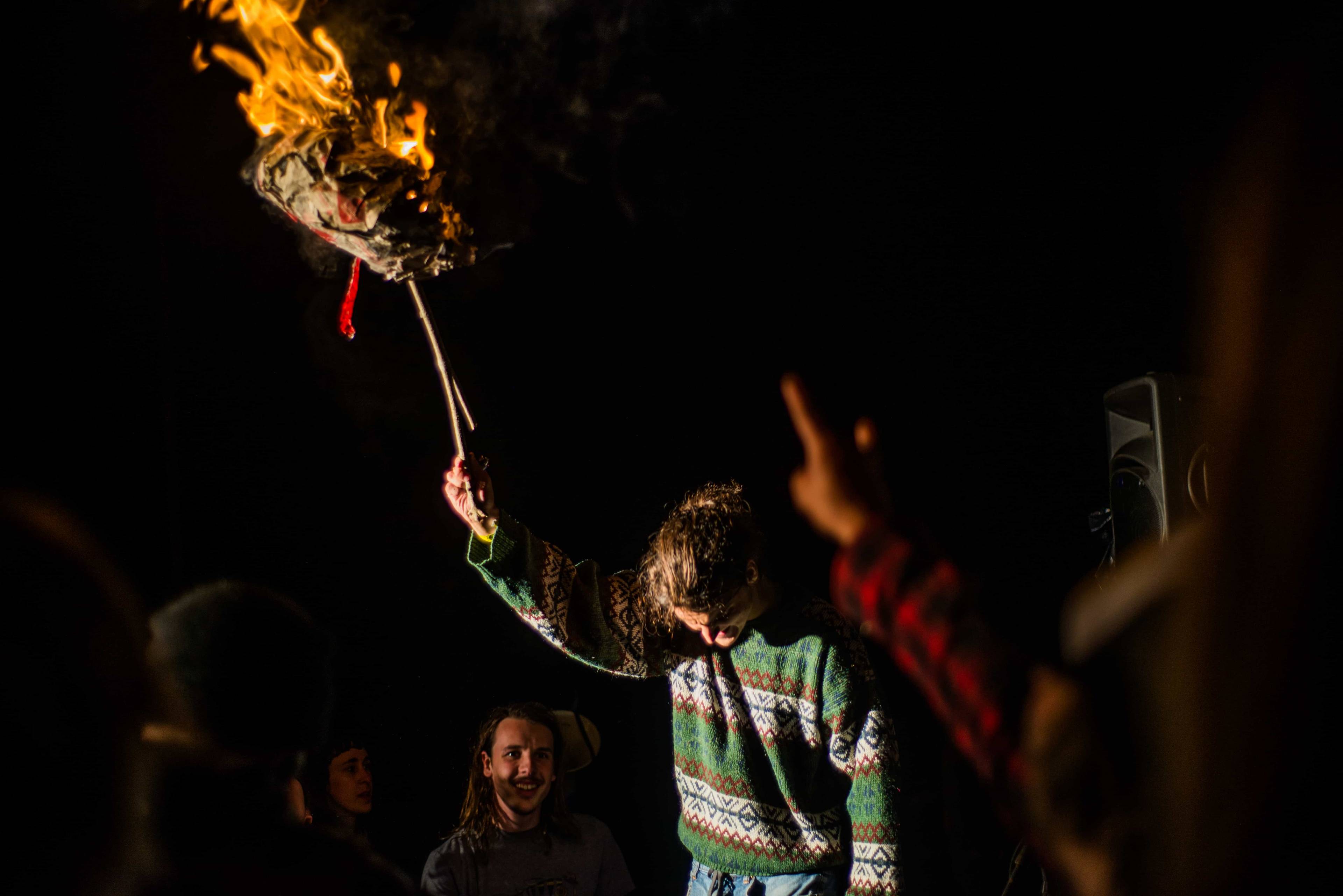 Alexandre Bédard
Mathieu Pedneault
As a top polluter, what is Canada’s responsibility to humanity?
The Dirty Dozen: ‘Carbon bombs’ threaten to blow up Canada’s climate commitments
I was raised in an Indigenous community — but even that doesn’t make me Indigenous