After a 4,000 kilometre journey by caravan, members of the West Moberly and Prophet River First Nations arrived in Montreal today to present their case at the Federal Court of Appeal, challenging the construction of the Site C dam on their traditional territories.

Tucked into the northeastern corner of British Columbia lays Fort St. John, an oil and gas industry based town under the looming presence of the Site C dam. Site C, a mega hydroelectric project threatening to flood 83 kilometres of the Peace River Valley, is situated in traditional Dane Zaa and Cree territories.

The continued construction of the project is a testament to B.C. Premier Christy Clark’s vow to get the project “past the point of no return” in spite of a Federal Court Appeal by West Moberly First Nations and Prophet River First Nations that was, at the time, waiting to be heard. The day in court for the nations is finally coming. A federal judge will hear the case to decide whether or not the project infringes upon constitutionally protected treaty rights.

Treaty 8 Caravan outside the Federal Court of Appeal in Montreal.
Gary McNutt

The court case will take place in Montreal, over 4,000 kilometres from the nations that will be impacted by the decision. The case will perhaps be heard, and the project argued for, by people never to set foot in the Peace River Valley. A river that gained its name for just that, the peace agreement that was made between the Dane Zaa and the Cree in the late 1700s. It was a peace that continued in the valley until hydroelectric projects compromised the integrity of the Peace River’s namesake with the construction of the W.A.C. Bennett Dam in the 1960s.

Today we are in the Federal Courts in Montreal seeking justice and restoration of a promise made to our nations.

There are various decisions continually being made on projects impacting Indigenous peoples’ territories, from permit approvals to the issuance of Environmental Assessment Certificates. These decisions are connected to the land, waters, medicines, and animals and ultimately they are connected to Indigenous peoples’ right to identity and cultural transmission that is often intertwined with the land. Time and time again, these decisions are made by people in offices and courtrooms that have never set foot in the territory their decisions will affect.

The impacts of Site C will be felt by real people who have children and grandchildren, and who see large-scale projects like Site C as threats to the ability of future generations to know the land as they know it and as their ancestors knew it. There are faces and tangible bodies associated with the rights agreed to under Treaty 8. These people have taken a journey to Montreal with the Treaty 8 Justice for the Peace Caravan on Sept. 5, for the court case beginning Monday.

I am one of those people, a Dane Zaa and Nehiyaw woman, still actively decolonizing, still learning the lessons from my grandmother and Elders who are tied to land. A woman who sees a future that was promised to her son, a descendant of Chief Bigfoot, who was the last to sign Treaty 8 in 1911, slowly slipping away with every tree cut down in preparation for the Site C dam. I choose to make this journey, along with people from my nation, not just for my son but for all of my relations, which include the land, the animals, the medicines, and the water.

We have stood in solidarity with people in Treaty 6 in Edmonton and Saskatoon. We have talked with people and smudged with our brothers and sisters in Treaty 1 territory and home of the Métis in Winnipeg. Today we are in the Federal Courts in Montreal seeking that necessary justice and restoration of a promise made to our nations.

Years later, after great great grandpa signed the treaty, we are still here and we will continue to be here long after the decisions are made.

For more on the Treaty 8 Justice for the Peace Caravan’s journey across Canada please visit this page. 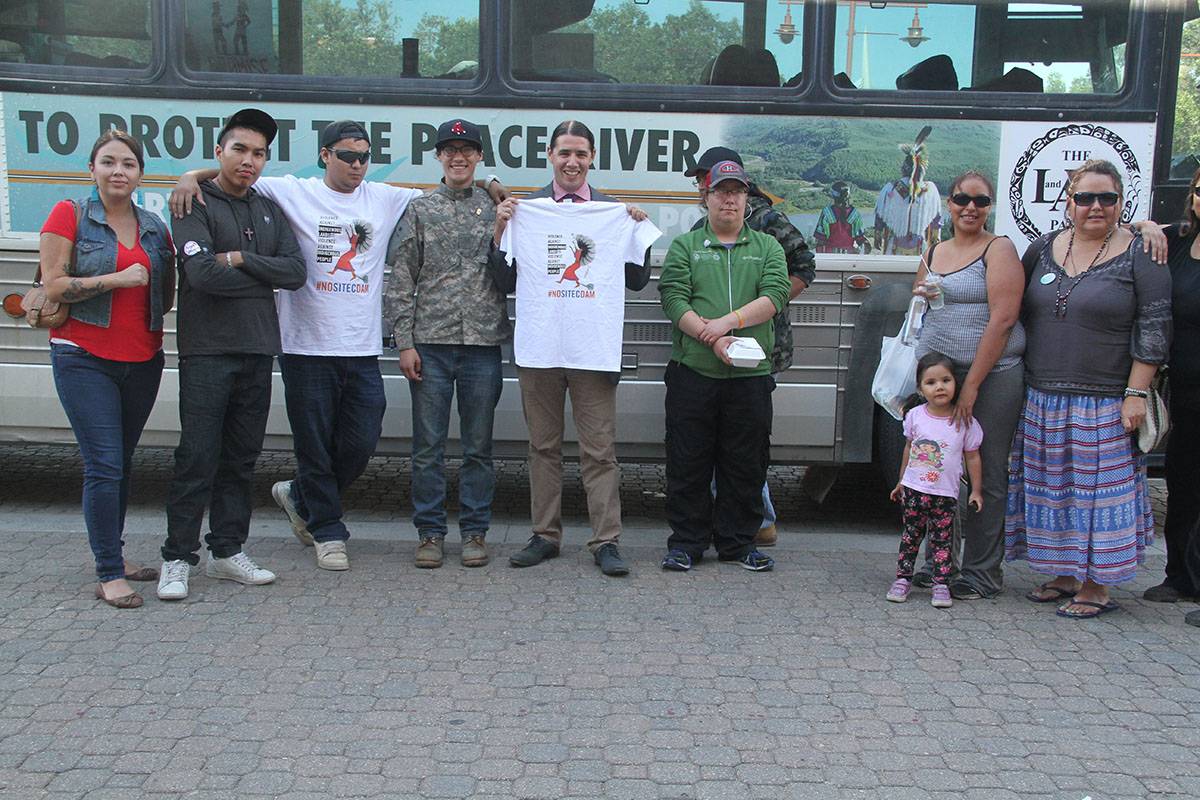