99 arrests in Ottawa as students confront Trudeau over pipelines

Close to 100 students and youth were arrested on Parliament Hill today for their participation in what organizers describe as “the largest act of youth-led climate civil disobedience in Canadian history.”

“I came to Ottawa today to risk arrest, and ultimately to be arrested,” Gabriel D’Astous, a recent UBC graduate, explained to Ricochet by phone. “I want to send a message to the prime minister that he must have a climate policy which respects not only climate science, but Indigenous rights, and that means rejecting the Kinder Morgan pipeline.”

“Climate leaders don’t build pipelines,” explained Sophie Birks, a McGill University student who was also arrested at the action, in a statement. “My generation wants to see real action on climate change and Indigenous rights. That starts with rejecting the Kinder Morgan pipeline.”

According to organizers, around 200 people left the University of Ottawa this morning and marched to Parliament Hill. After first finding one gate to the grounds blocked by police, they were able to gain access to the property via another gate. When they attempted to cross barricades in front of the main stairs to enter parliament, they were arrested.

Police confirmed to organizers that a total of 99 people were arrested today. Video released by the group shows students standing in line to be arrested while chanting “we believe that we will win.”

“If Trudeau thinks he can approve pipelines and still appeal to millennials in 2019 he has a big problem on his hands.”

According to D’Astous, those arrested were held for over an hour before being released without charges.

“We were given a trespassing notice, which means that we’re banned from returning to parliament for the next three months. We didn't receive a ticket, or any criminal charges.”

Organizers of the action cited data showing that millennials are expected to be one of the largest voting blocks in Canada by the next federal election, that they voted overwhelmingly for the Liberals in last year’s contest, and that they oppose pipelines at a higher rate than any other generation.

“These youth who were arrested today will be going home and organizing in their communities,” Cam Fenton of 350 Canada, which coordinated today’s action, told Ricochet. “If Trudeau thinks he can approve pipelines and still appeal to millennials in 2019 he has a big problem on his hands.” 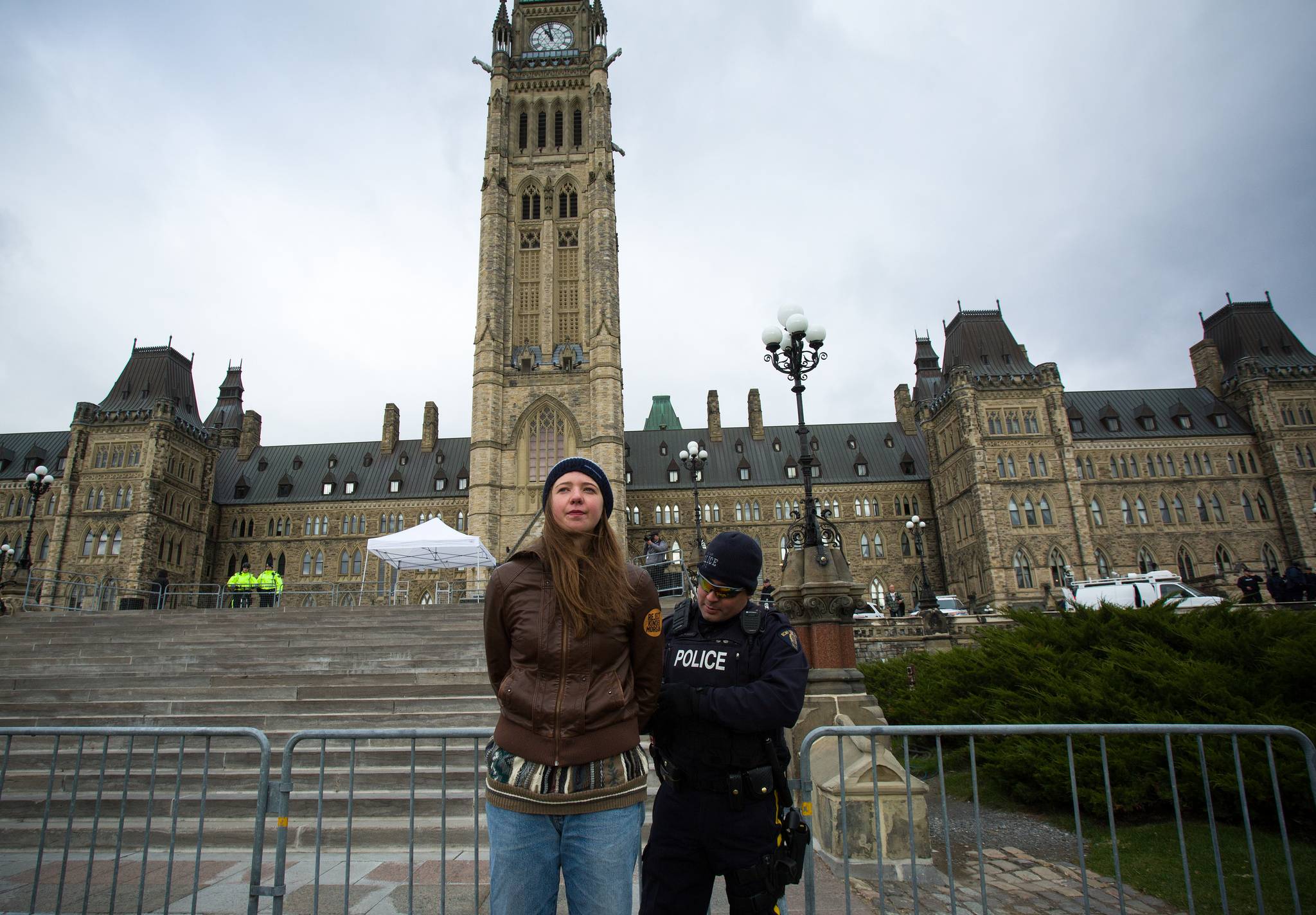