On Burnaby Mountain, resistance is fierce

As dusk fell over the protest camp set up on Burnaby Mountain, the latest flashpoint in B.C.’s white-hot battle between oil companies and residents, a deadline to dismantle the encampment came and went without enforcement of the contentious court order. 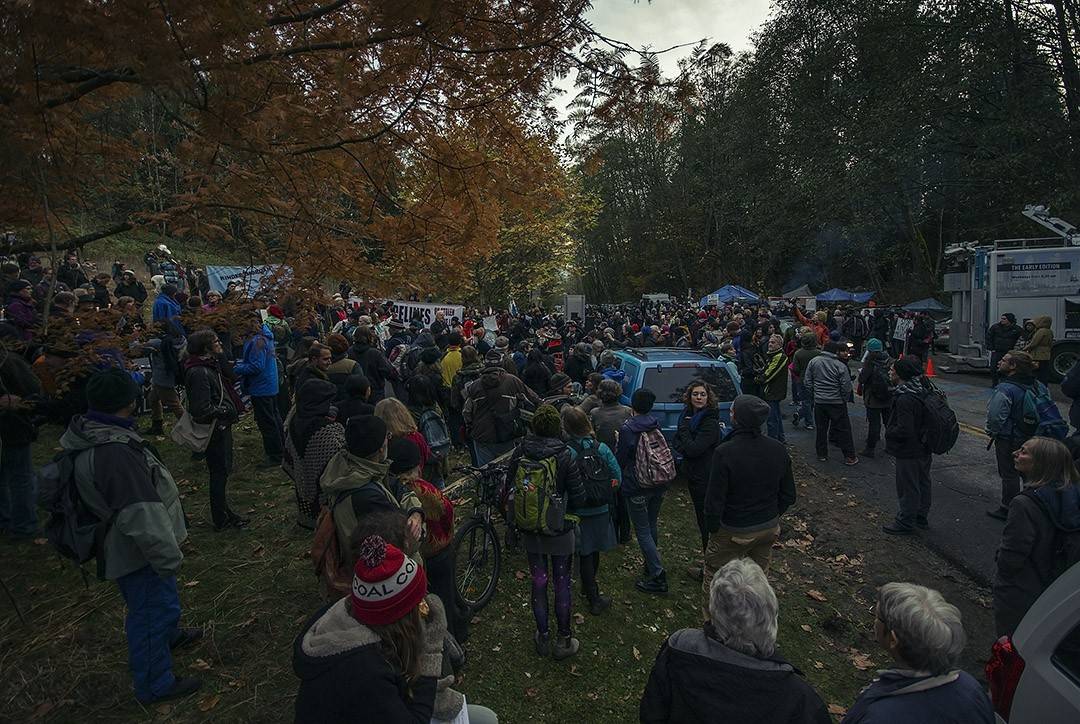 The 4 p.m. deadline to vacate the premises or risk arrest was issued by a B.C. Supreme Court judge on Friday morning, after pipeline company Kinder Morgan complained that protesters had been protesting against survey activities for its proposed pipeline, which, like Enbridge’s proposed Northern Gateway, would transport tar sands oil to the west coast for export.

The company recently became an object of Internet ridicule, sparking the popular hashtag #KMFace, after filing a lawsuit against a handful of university professors and students for allegedly assaulting workers with mean facial expressions.

As the deadline approached, company representatives read out the court order to camp participants, and demanded that protestors leave the area immediately. But the number of activists swelled as afternoon turned into evening, and the local RCMP announced it would not make arrests on this day. 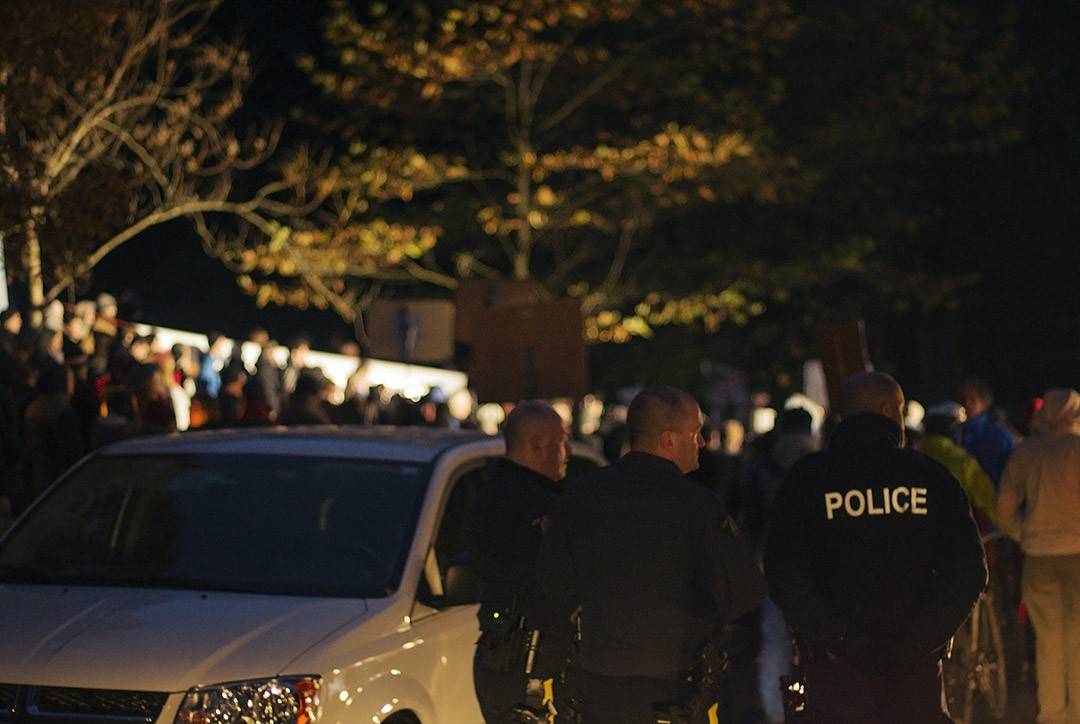 Speaking at a press conference, as quoted by the CBC, Burnaby RCMP Staff Sgt. Major John Buis said, “We will use our discretionary authority to continue to monitor and assess the situation. The Burnaby RCMP will continue to ensure the right of those who are assembled to carry out a lawful and peaceful protest . . . that does not infringe on the injunction.”

When pressed on police intentions, he replied, “We're not planning on making any arrests today at 4 p.m.”

On the site, the crowd inched into the hundreds amid speculation the police would wait until many of those there to defy the injunction had left before moving in to enforce it. 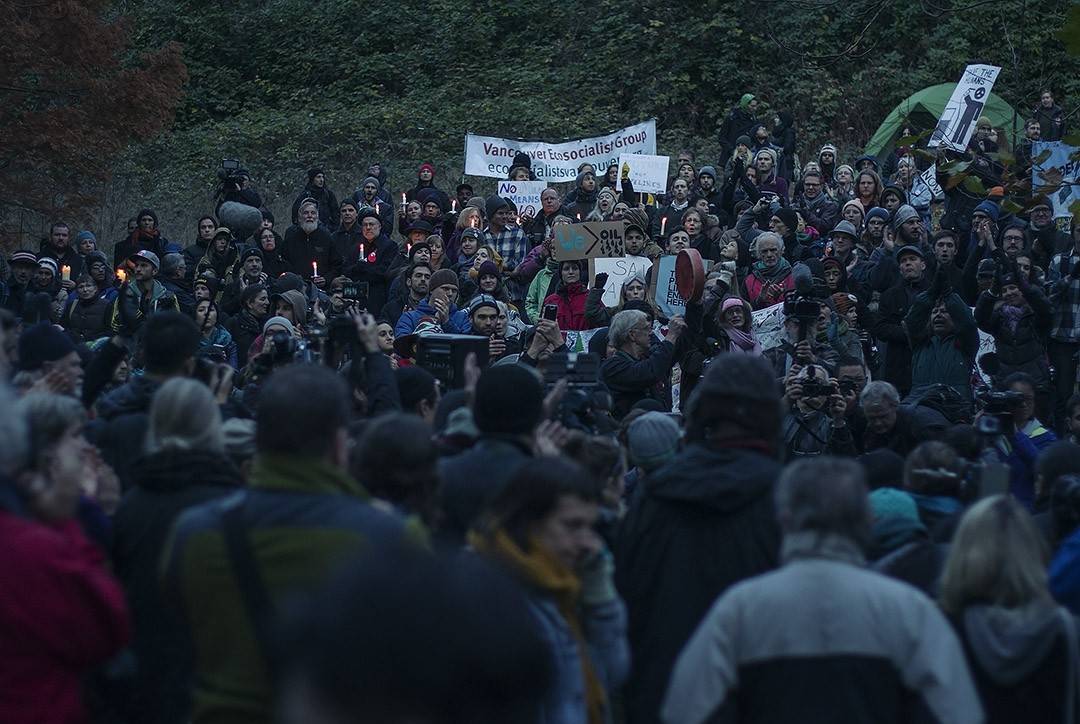 But as the crowd chanted “no means no,” a series of speakers made clear that for a new generation of environmental activists, there can be no retreat and no surrender in the face of pipeline projects that directly threaten the survival of our species and our planet. 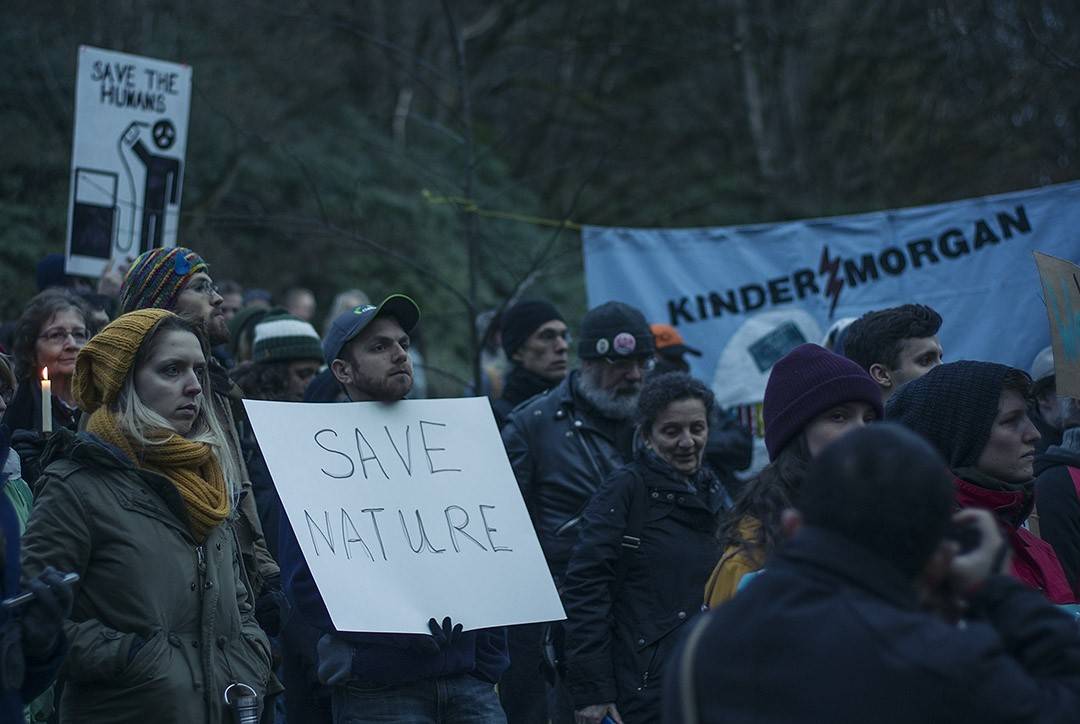 Coincidentally, the apprehended confrontation came on the same day that Greenpeace released confidential documents concerning TransCanada, the company behind the Energy East pipeline project. The documents reveal that TransCanada has hired one of the largest public relations firms in the world, Edelman, to conduct U.S.-style opposition research on pipeline opponents, starting with the Council of Canadians.

For the protesters, it all paints a picture of an oil industry in full retreat, its strategy in shambles and its chances of bringing tar sands oil to market in jeopardy.

"What we do is for everyone,” said Reuben George of the Tsleil-Waututh Sacred Trust Initiative. “We will protect your land and your air and your water, and that's why we're suing them.” The Tsleil-Waututh Nation filed a legal challenge to the Kinder Morgan pipeline last summer.

To the south, Congress has approved the Keystone XL project, a move that prompted President Obama to promise to veto the pipeline. An outpouring of opposition during New York’s People’s Climate March — which attracted around 400,000 people, making it the largest climate protest in human history — made approval difficult for the U.S. president.

With the Northern Gateway pipeline project’s eventual demise a foregone conclusion, the increasingly desperate tar sands industry is counting on Keystone, Kinder Morgan and Energy East to transport tar sands bitumen to market. If all three routes are blocked, the industry will have little choice but to leave most of the oil in the soil, an outcome that climate scientists agree is necessary, if we are to avoid catastrophic climate change.

All photos by Mario Jean 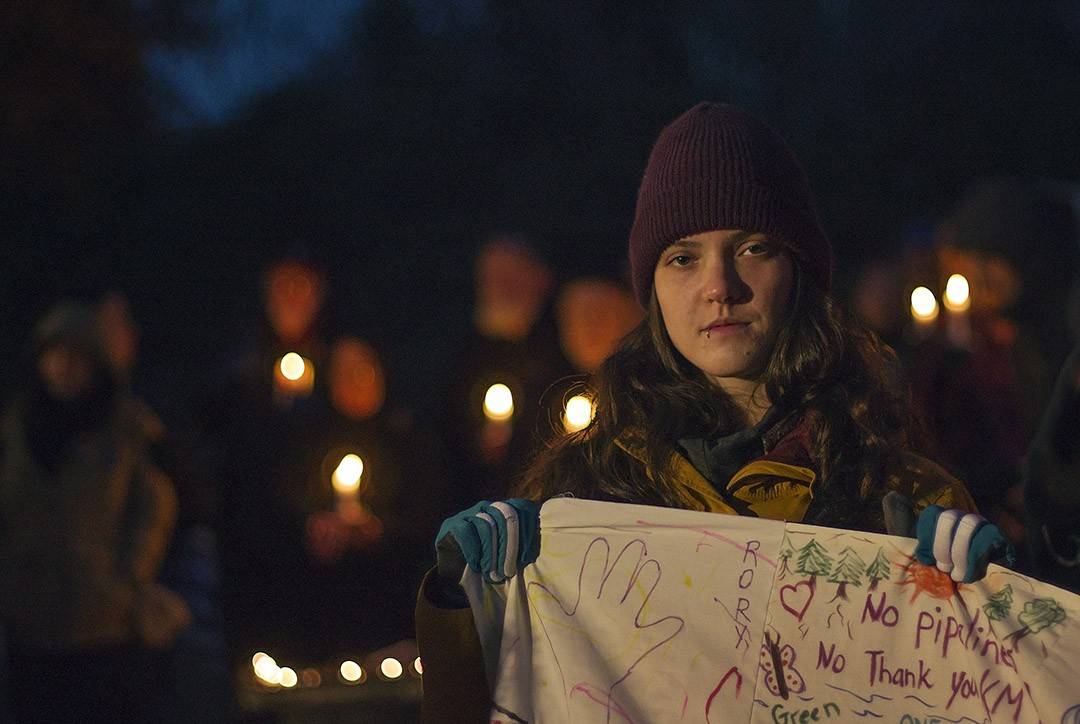