A wake-up call for Mulcair’s NDP

With Thomas Mulcair’s comment that he was “unfazed” by the NDP’s dismal showing in two recent by-elections, one has to wonder how many wake-up calls NDP strategists need before admitting that their attempts to capture the political centre have been a miserable failure.

Over the last several years NDP candidates at every level of government have convinced themselves that the path to political power lay in abandoning the party’s traditional leftist values and moving the party to the political centre. No more talk about taxing the rich, nationalizing the banks and canceling anti-democratic free trade agreements; no more talk about opposing war and imperialism; even environmental issues are discussed as mere policy issues that do not involve confronting corporate power.

Rather than achieving the goal of expanding the NDP’s appeal among voters, the only result this shift seems to have produced is a series of spectacular defeats.

At the municipal level former NDPers Olivia Chow and Judy Wasylycia-Leis were both unable to hold onto early leads in the polls in Toronto and Winnipeg respectively. As Chow’s campaign went up in flames, several of her progressive supporters signed open letters calling on her to stop playing it safe and start articulating the kind of progressive vision that can actually inspire voters.

With Liberal governments mired in scandal in both Ontario and B.C., the NDP in both provinces seemed poised to win their provincial elections this year. However, in both provinces the party managed to somehow snatch defeat from the jaws of victory.

In Ontario, Andrea Horwath’s NDP accomplished this by adopting the “common sense” language of right-wing populists such as former Premier Mike Harris and campaigning to the right of the provincial Liberals. In BC the NDP’s last-minute decision to oppose the Kinder Morgan pipeline reeked of desperation in an attempt to head off surging support for the Green Party. Had the NDP voiced a principled opposition to this pipeline from the outset they would have had more time to explain to British Columbians why this pipeline is not in the province’s interest, which would have made it much more difficult for Christy Clark’s Liberals to portray them as job-killing flip-floppers.

NDP problems are both moral and strategic

Meanwhile at the federal level, despite being the official opposition, Mulcair’s NDP has been polling well behind the Liberals for nearly two years. The NDP has also placed behind the Liberals in 11 consecutive by-elections. Clearly Mulcair’s gambit to modernize the NDP by adopting a set of policies that can best be described as “neoliberalism lite” has not withstood the assault of Trudeau’s hollow charm offensive.

The problems for the NDP are both moral and strategic. In attempting to craft a policy agenda that will be acceptable to the mainstream media, the NDP is essentially remaking itself in the service of capital. In so doing it is rendering itself utterly impotent to deal with the social and environmental crises enveloping our world. If we are to reverse our current trajectory of rapidly growing inequality and environmental destruction, we will need political parties and social movements with the political will to push for such change.

In terms of strategy, there is much that the NDP could learn from Stephen Harper’s rise to power. If there’s one thing that Harper’s strategists understand, it’s the importance of mobilizing the party’s political base.

Every so often Harper comes out with statements that seem so fanatically right-wing and out of touch with the values of average Canadians that people often wonder why he would even make such comments. The reason is that Harper is not speaking to average Canadians; he is speaking to the Conservative Party’s political base. Whether he’s spouting right-wing economic ideology that favours the rich, talking about the need to protect the “traditional values" so cherished by evangelical Christians or praising Israeli war crimes as examples of “restraint,” the aim is always the same: to mobilize a segment of the Conservative base to continue its commitments, financial and otherwise, to the party.

This strategy has translated into enormous success for the Conservatives both in terms of fundraising and to a lesser extent electoral results.

Taking the party base for granted

Meanwhile the NDP’s strategy has been the polar opposite of that of the Conservatives. While the Conservative Party makes constant efforts to mobilize its base, the NDP seems to never miss an opportunity to take its base for granted. The NDP’s strategists seem to have made the rather cynical calculation that since the left has nowhere else to go, the party can drive to the political centre without losing the support of its traditionally left-wing base.

This strategy may have produced limited success for the NDP while the Liberals were without a charismatic leader, but since the arrival of Justin Trudeau and his nice hair, centrist voters have been ushered by mainstream commentators back into the Liberal Party fold, where they clearly feel most comfortable. Trudeau hasn’t even had to propose much in the way of policy. His Liberals have displaced the NDP in the polls based largely on the pleasantness of his image and the mythology of the Trudeau name.

Thanks to the NDP’s failed strategy, the arrival of Trudeau has left the party with little possibility for growth and a political base that is utterly disenchanted.

The problem of the NDP’s inability to inspire its own political base is most serious with respect to a certain constituency where the NDP actually has a real possibility for growth: young Canadians.

Without question the NDP is the federal party whose progressive values most closely align with the values of young Canadians. Yet young Canadians currently don’t seem to see anything in the policies of any of the political parties to even bother showing up at the polls.

Back in the early 2000s I was heavily involved in the student movement at Concordia University. During this time I worked with hundreds of student activists mobilizing against the Summit of the Americas in Quebec City where the corporate rule treaty known as the Free Trade Area of the Americas was being negotiated. This mobilization involved a small army of young people working tirelessly and making enormous personal sacrifices in order to raise awareness about the grave social and environmental consequences of the proposed agreement.

At Concordia alone students managed to fill over 100 busloads of activists to attend the protest. Across Quebec, student activists went door to door informing average citizens about the implications of the trade deal. All of these efforts had the effect of shifting public opinion in Quebec from about 60 per cent in favour of the Free Trade Area of the Americas before the mobilization to about 60 per cent opposed following the mobilization.

More recently during the Maple Spring the enormous commitment and hard work of young Quebecers succeeded in not only stopping a proposed tuition increase but also in toppling a government. Imagine an NDP that, instead of alienating youth, was actually capable of inspiring this sort of commitment as part of a broader movement for social and environmental justice. 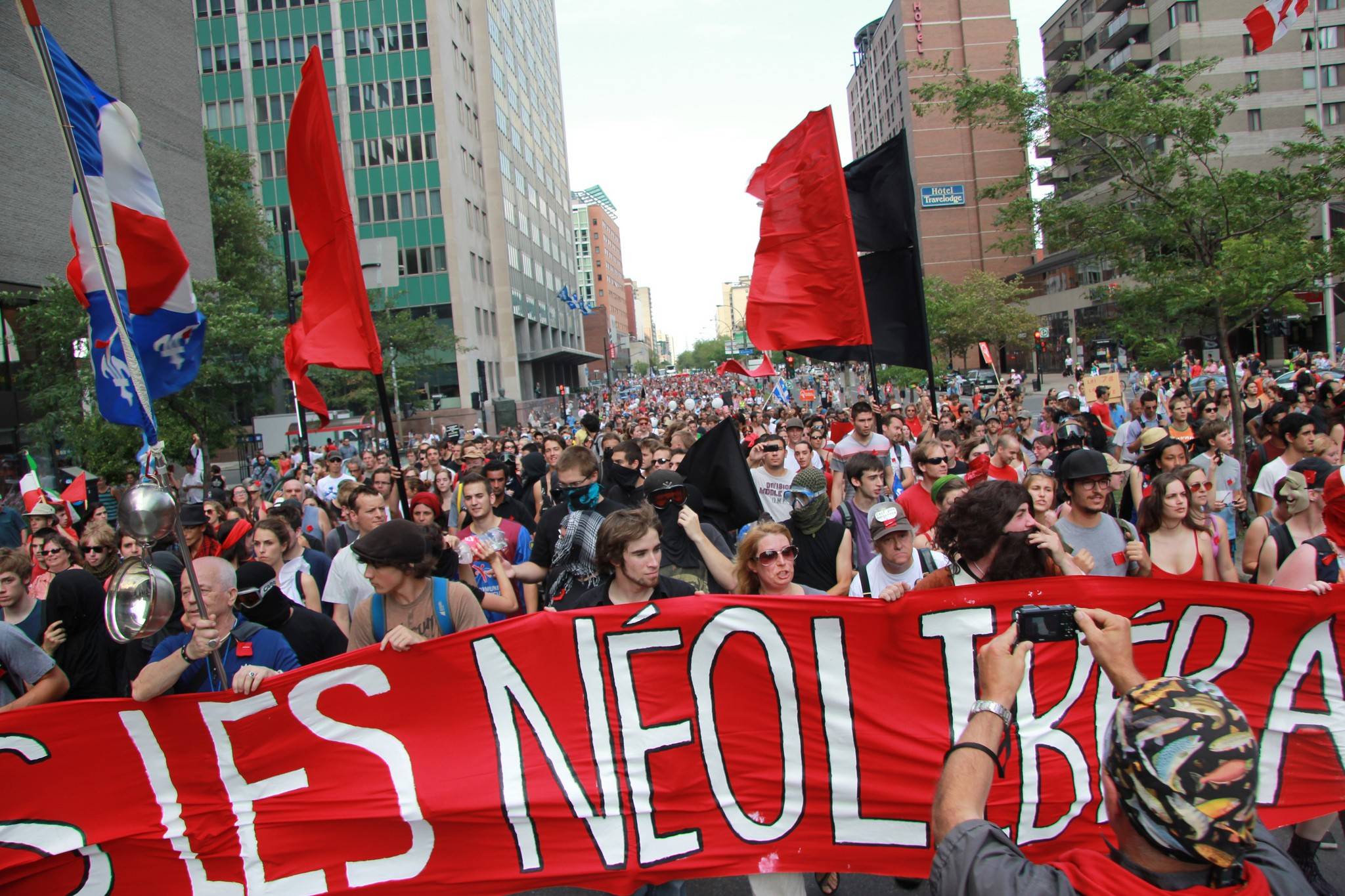 By tapping into the energy and votes of young Canadians such an NDP would not only have real potential for electoral growth, both now and in the future, but more importantly the party could position itself to play a critical role in the fundamental transformation of Canadian society.

But to do this, the NDP will first have to propose the sort of transformational vision for Canadian society that can actually inspire commitment and activism. Trying to remake itself into another Liberal Party, it will never accomplish this goal.