The latest from Jerome Turner, the only journalist currently sending out live updates from behind police lines

News by
Ethan Cox, Jerome Turner
February 6, 2020
Jerome Turner
Your ad here
Automated ads help us pay our journalists, servers, and team. Support us by becoming a member today to hide all automated ads:
Become a member
Share this
0 Comments
Share this
0 Comments
This morning Ricochet broke the story of today’s pre-dawn raid on the Wet’suwet’en camps in the path of the construction of a natural gas pipeline in northern B.C. The raid is ongoing, and this is a developing story. Ricochet’s Jerome Turner is currently reporting from the Gidimt’en checkpoint at the 44-kilometre mark. The only outlets with journalists behind police lines during this morning’s raid are Ricochet, The Tyee and The Narwhal — all independent, and in the case of Ricochet and The Tyee, crowdfunded outlets. You can become a member of Ricochet and support this work right here. You can also follow us on Twitter for the latest updates: @ricochet_en.

The RCMP have so far raided one of three main camps, at the 39-kilometre mark on Morice Forest Service Road. The road between that camp and the Gidimt’en checkpoint is unplowed and blocked by several fallen trees. The police have brought in heavy machinery and are currently clearing that road so they can raid Gidimt’en, and after that they are expected to move on to the main Unist’ot’en camp and healing centre. The raid on Gidimt’en is expected to happen in the next few hours.

What we know so far

In a pre-dawn raid, RCMP tactical units in 11 vehicles breached the support camp at the 39-kilometre mark at 4:44 a.m. PT, reportedly with guns drawn. They proceeded to arrest six people, all of whom were later released, smashed the window of a truck whose occupant refused to open his doors, and dismantled parts of the camp. This camp is not blocking the road, and is roughly 10 metres away from it, so there’s a question about whether the injunction would provide a legal justification for its removal.

Around the same time the RCMP set up a new roadblock at the 4-kilometre mark. They are now turning back all journalists trying to enter the area. Despite repeated phone calls and emails, the RCMP did not respond to repeated requests for comment, directing us to a statement released on their website.

“The access control checkpoint, which was created on January 13, 2020 to prevent further escalation of the situation and to mitigate safety concerns over hazardous items placed on the roadway, has now been established as a full exclusion zone.

During the raid on the camp at the 39-kilometre mark, Vice News journalist Jesse Winter was detained by the RCMP.

“As of February 6, 2020, the RCMP will not allow access to anyone who is not part of the enforcement team, with some exceptions for Wet’suwet’en Hereditary Chiefs and Elected Council members by arrangement with the Senior Commander.

“The exclusion zone's purpose is to temporarily create an area where police and Coastal GasLink work can safely operate to deploy heavy machinery and equipment needed to clear hazards and re-establish access as intended by the Court.”

Heavy machinery is reportedly lined up at the new checkpoint at 4 kilometres, and it appears Coastal GasLink will move in to start construction as soon as the RCMP remove the Wet’suwet’en from their land.

The RCMP raid follows what was supposed to be a week of ‘de-escalation’ and discussion mediated by former MP Nathan Cullen. This mediation was prematurely cut short on Feb. 4. Wet’suwet’en hereditary chiefs report that they were involved in only two days of talks.

During the raid on the camp at the 39-kilometre mark, Vice News journalist Jesse Winter was detained by the RCMP, along with another journalist who has not yet been identified, removed from the area and released in a parking lot far from the scene.

Last night journalist Jerome Turner was turned away from the RCMP checkpoint in contravention of stated policy and despite having the required letter of accreditation and photo ID.

“Police threatened me with arrest multiple times if I did not follow their directions about what to photograph and where to go,” tweeted Winter. “Police at first told me I would be dropped at my rental vehicle at kilometre 27, but they refused to let me out. They said I am not being detained, but it feels an awful lot like it. During the raid police attempted to prevent me and another journalist photographing tactical officers.”

You can read Vice’s story on the incident here.

Ricochet reached out to the RCMP for comment on why they would interfere with a working journalist in this fashion, but spokesperson Janelle Shoihet declined to respond beyond sending a copy of the police statement above.

Last night journalist Jerome Turner was turned away from the RCMP checkpoint in contravention of stated policy and despite having the required letter of accreditation and photo ID. Ricochet editors called several RCMP numbers to get answers, and finally Turner was let in on a second try late last night.

These facts, taken together, paint a concerning picture of a police force doing everything in its power to limit media coverage of this raid. With no response from the RCMP to a specific question about whether our journalist would be detained if the police encounter him while he reports on their raid, we fear that the RCMP will detain and remove him too, preventing him from continuing to report on this story.

Ricochet editors have left several messages for Dawn Roberts, the RCMP’s media relations supervisor in B.C., to ask if our journalist faces detention and removal by the RCMP for doing his job. She has yet to respond.

Follow @ricochet_en on Twitter for live updates. We’ll be tweeting updates if and when the expected raid on the Gidimt’en camp happens later today. 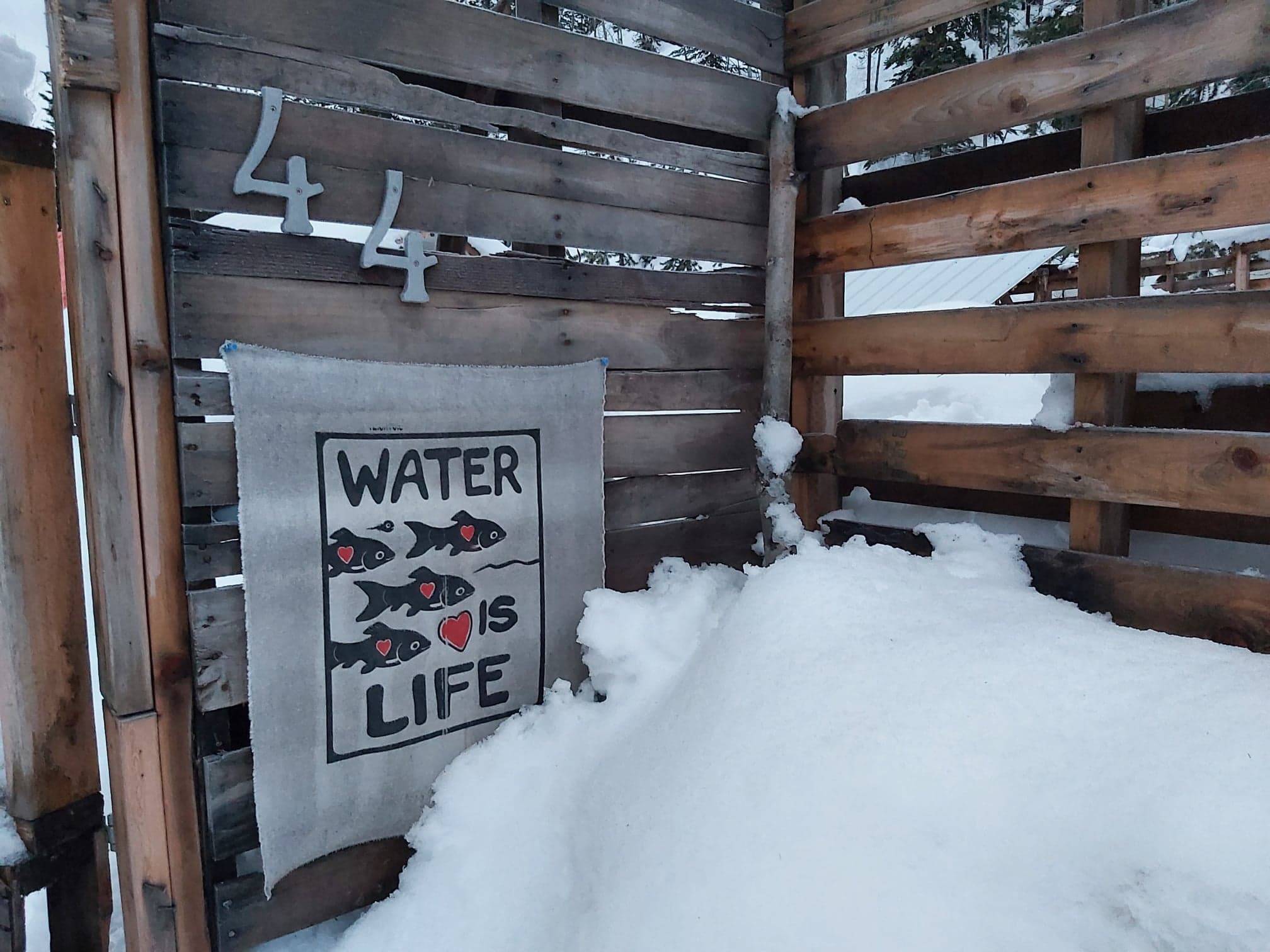 Gidimt’en checkpoint, Feb. 6
Jerome Turner
As a top polluter, what is Canada’s responsibility to humanity?
The Dirty Dozen: ‘Carbon bombs’ threaten to blow up Canada’s climate commitments
Salmon is life: a lesson in Indigenous education