At least 350 people gathered to block the train tracks near Dufferin and Davenport in Toronto late Saturday morning, one of a wave of railway blockades in southern Ontario, northwestern B.C. and elsewhere across the country.

This action, like other infrastructure disruptions, was intended to show solidarity with the Wet’suwet’en people in British Columbia, who have been facing intensified surveillance and raiding by the RCMP for the past three days.

“We’re standing in solidarity with the Wet’suwet’en, and this is an extension of our birthright of land defending, of protecting the land,” said Cricket Guest, an Anishinaabekwe Métis land defender, activist, and filmmaker. “This is an example of the ongoing genocide of Indigenous people.”

“This is Canada imposing its colonial views on us once again and … feel[ing] as though their lives are more important than the lives that are older than time that exist within the Wet’suwet’en community.” 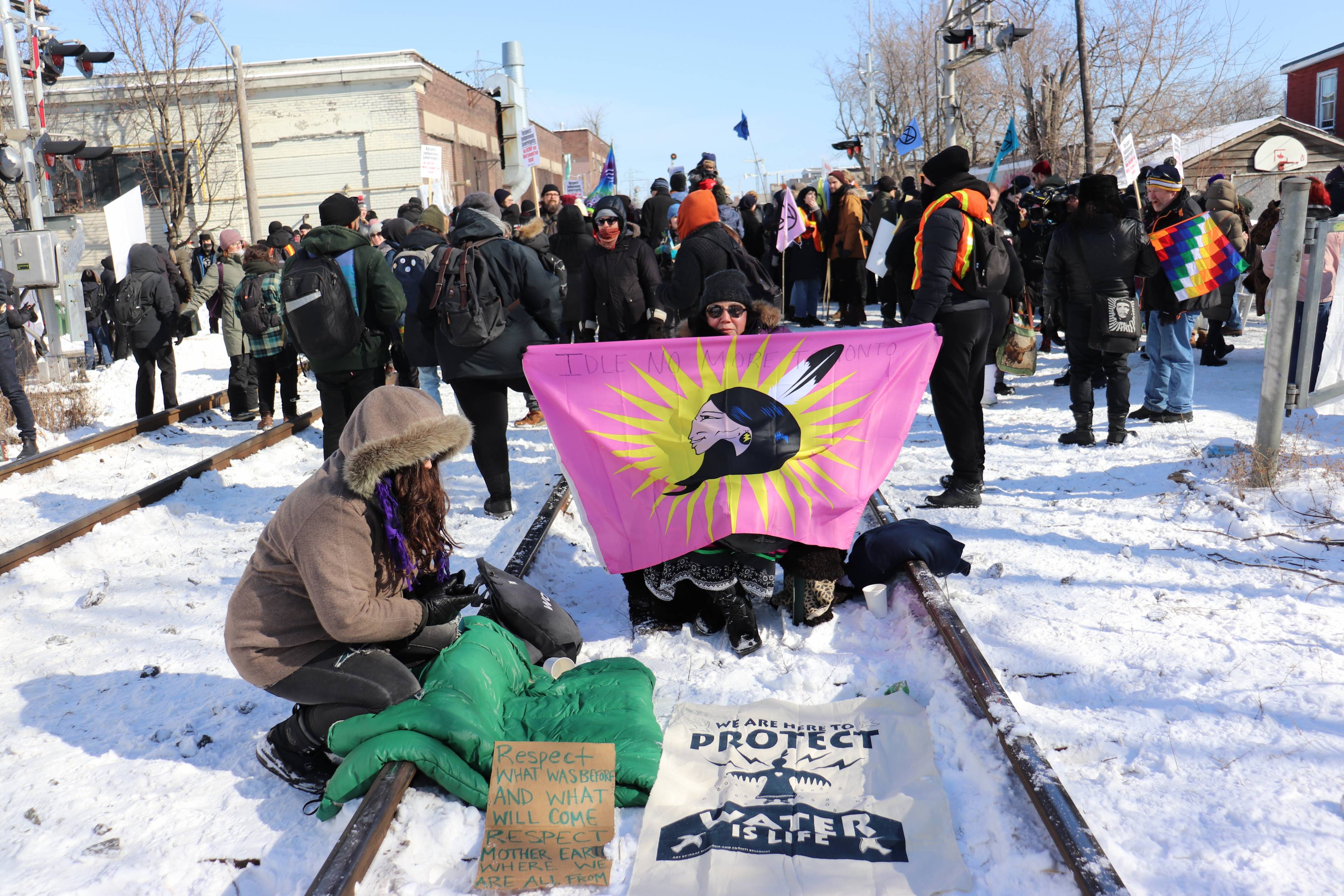 During the six hours of the blockade, both freight trains and freight passenger trains were cancelled. This action took place among a flurry of solidarity actions throughout the country.

SUPPORT OUR REPORTING Gitxsan journalist Jerome Turner is covering the Coastal GasLink conflict. Please support his work by becoming a member or making a donation. On desktop, the relevant buttons are at the top of the screen. On mobile, pull down the main menu to find them.

Maggie McGregor, a settler who organizes with Rising Tide, explained the choice of location to Ricochet. “The Canadian government are not listening to lobbying and demands. But they do speak the language of money and of disruption to the economy. The rail feels particularly significant because CP rail is transporting the physical pipe for the project.… So much rail goes through unceded territory, or reserve land, or treaty territory. It’s an infrastructure that relies on Indigenous people sharing their land.”

Alaa Al-Soufi, a supporter who participated in the blockade and visited Gitimt’en in late January, spoke to the irregularities of the RCMP’s actions at the site.

“There were arbitrary rules, every day you had a different story. Sometimes it’s just chiefs [allowed past the police checkpoint], sometimes doctors and lawyers were allowed.… It kind of felt like the cops were just making up stories.” 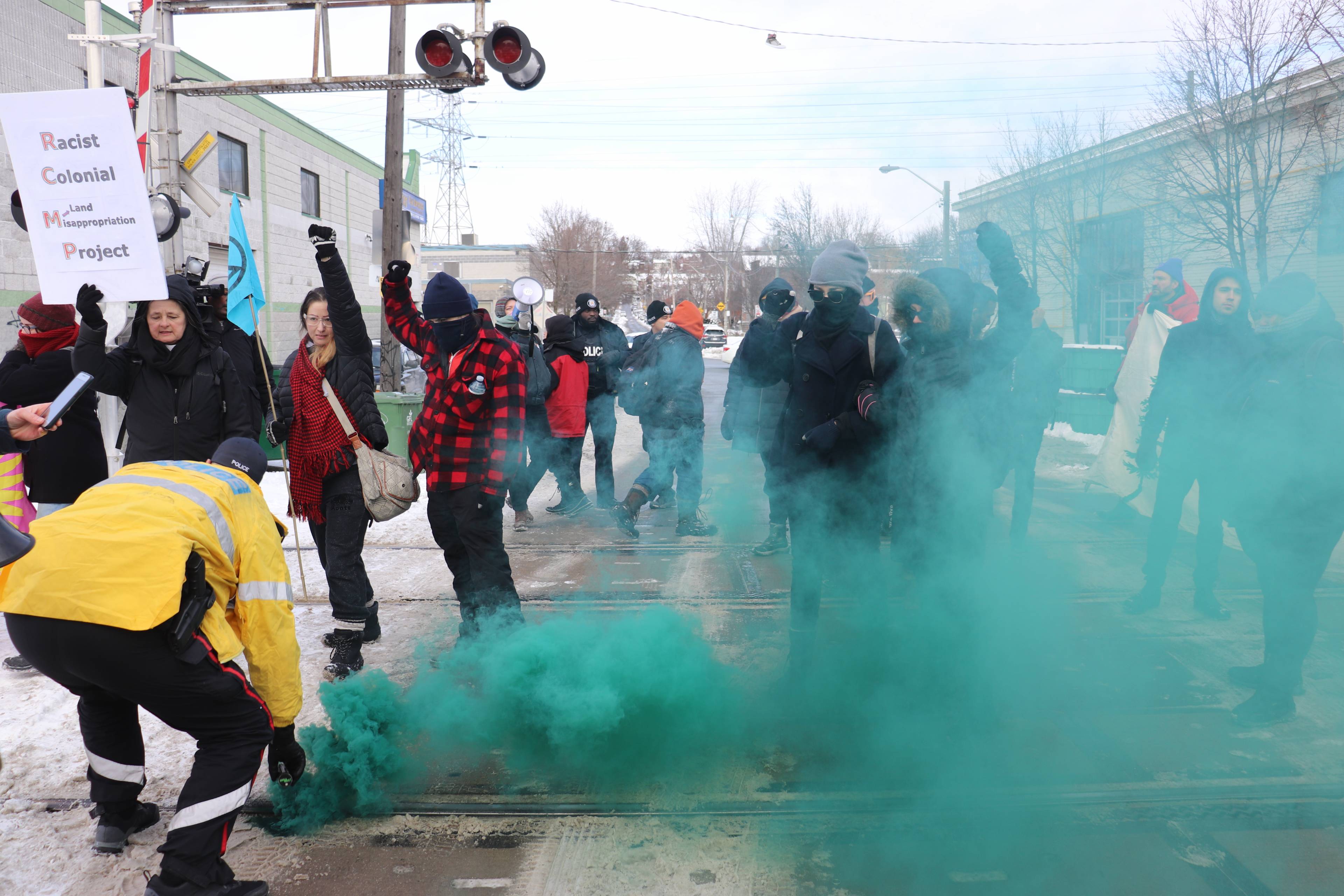 The crowd in Toronto, facing a large police presence and the risk of arrest, dispersed around 5.30 p.m. ET, when the group collectively decided to free the rails.

Tyendinaga land defenders have also been blocking trains near Belleville, Ontario, since the early morning of Feb. 7, causing Via Rail to cancel all trains from Toronto to both Ottawa and Montreal. In New Hazelton, B.C., Gitxsan chiefs and others blocked the CN rail line to the Pacific coast on Saturday. 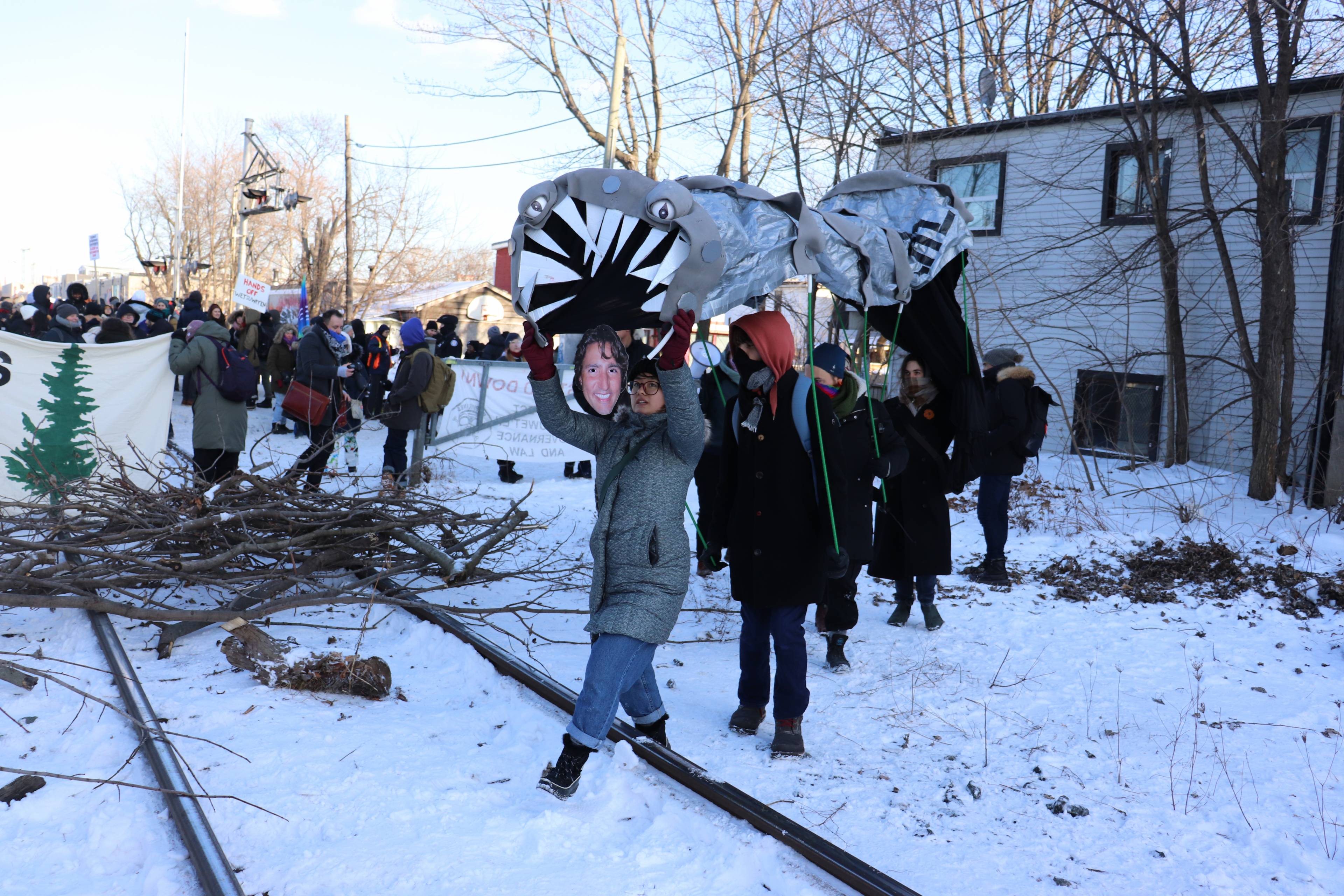