The third day of the RCMP siege in northwestern B.C. ended with 11 additional arrests at a Wet’suwet’en site and a police foray into Unist’ot’en, the heart of Wet’suwet’en resistance to the Coastal GasLink pipeline.

Saturday’s arrests occurred at the 27-kilometre point of the Morice West Forest Service Road, where the police set up a checkpoint last month to control access into the area. Police are clearing Wet’suwet’en people and supporters from the area as part of the enforcement of a provincial court injunction granted to Coastal GasLink.

Last night police considerably expanded their exclusion zone so that they now control access starting at the 4-kilometre mark of the road. They also told all people at kilometre 27 to leave, an order that was resisted and led to the arrests. Media were kept back from the scene.

Several arrests have happened at the 27 km camp -- RCMP held media back so we couldn't clearly observe what was happening. Our understanding is several people barricaded themselves in one of the warming centre cabins #Wetsuweten pic.twitter.com/jTCetRh1Nw

At Unist’ot’en, two helicopters brought RCMP officers outside the gate of the site’s healing centre, reported journalist Amanda Follett Hosgood, who is on location for The Tyee. Unist’ot’en is situated at the 66-kilometre point of the road.

They asked to speak with Unist’ot’en spokesperson Freda Huson, who was in ceremony. They left without talking to her.

Hereditary chiefs of the neighbouring Gitxsan Nation, a longstanding ally of the Wet’suwet’en, also led a solidarity action blockading the rail near New Hazelton.

SUPPORT OUR REPORTING Gitxsan journalist Jerome Turner is covering the Coastal GasLink conflict. Please support his work by becoming a member or making a donation. On desktop, the relevant buttons are at the top of the screen. On mobile, pull down the main menu to find them.

“In recent days the Wet’suwet’en hereditary chiefs and their house members have fought the forcible removal from their territories as they seek to protect their sovereign rights and protect the land, water and air,” Gitxsan hereditary chief Norman Stephens said.

More raw footage from Jerome Turner of the Gitxsan blockade of rail lines near New Hazelton, B.C. happening now in solidarity with the #Wetsuweten. pic.twitter.com/4kUx5Epdas

“Free, prior, and informed consent under UNDRIP does not mean forced consent and acquiescence achieved via the courts and RCMP,” he said in reference to the United Declaration on the Rights of Indigenous Peoples, one of several legal elements involved in the Coastal GasLink conflict.

The hereditary chiefs of the Wet’suwet’en and Gitxsan nations together pursued the Delgamuukw case, which resulted in a 1997 Supreme Court of Canada ruling recognizing their Indigenous title. 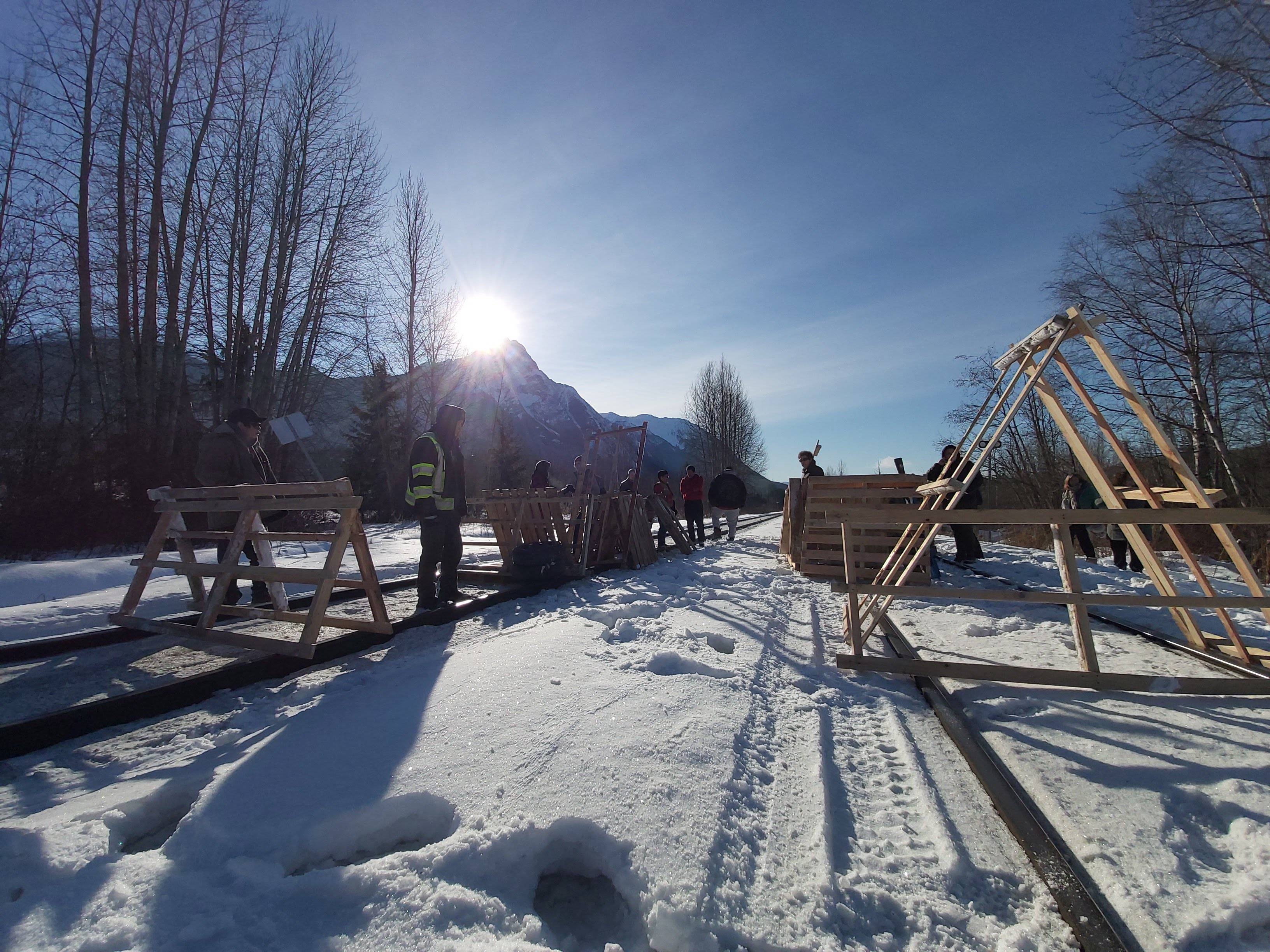 A number of other solidarity actions blocked rail lines in southern Ontario and elsewhere in Canada in response to the ongoing RCMP raid and arrests.

As of publication time, the Gitxsan rail blockade was still established and organizers planned to stay overnight.