Whatever message the B.C. government hoped to get across today has been overtaken by the masses of people blocking the legislature and demanding that the government withdraw the RCMP from Wet’suwet’en territory.

It’s throne speech day, when the lieutenant governor opens a new session of the legislature by delivering an official statement from the government on what progress has been made and what work will be done.

But supporters of the Wet’suwet’en — some of whom have been camped out for nearly a week — are helping ensure the public focus stays on what’s happening in a remote part of northern B.C., where an RCMP siege on unceded Wet’suwet’en territory has entered its sixth day.

The RCMP is enforcing an injunction to allow Coastal GasLink pipeline workers into the area. Wet’suwet’en hereditary chiefs, title holders to the land, have refused to consent to the pipeline. Police have spent the last week clearing Wet’suwet’en people and their supporters from four sites along the area’s main road.

The throne speech made no mention of the conflict. 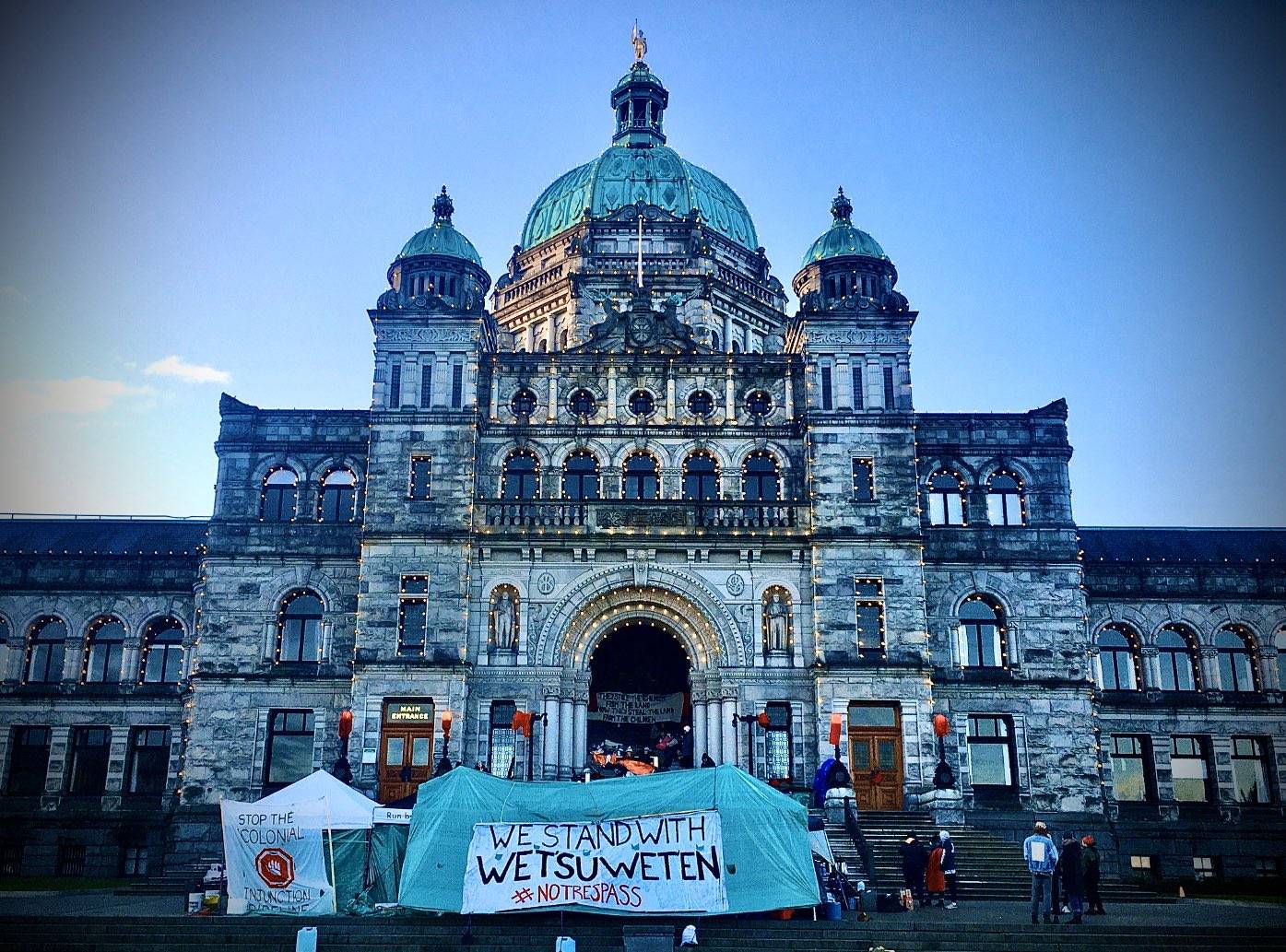 Those at the legislature are calling for the government to adhere to the United Nations Declaration on the Rights of Indigenous Peoples, which states that Indigenous Peoples should not be forcibly removed from their land.

But Premier Horgan said the bill did not apply to the Coastal GasLink conflict because it was “not retrospective.”

Twenty-eight people have been arrested by police as part of enforcement operations in Wet’suwet’en territory. All have since been released, with some facing future court dates.

The RCMP said in a statement posted on its website yesterday that “major enforcement operations have concluded.” The force also stated that the exclusion zone and police checkpoint will remain until Coastal GasLink says they are no longer necessary.

Solidarity actions across the country have shut down ports and train lines. CN Rail and Via Rail both report major disruptions on their routes due to multiple blockades. A mushrooming number of occupations of the offices of federal cabinet ministers have occurred across the country, including three in francophone Quebec.

In the greater Vancouver area, a five-day long blockade of the Port of Vancouver and Deltaport, collectively the country’s largest port, was removed by police yesterday morning with at least 57 arrests made, but new blockades of rail lines and other infrastructure have since popped up.