Police fire rubber bullets, use Taser during confrontation at Land Back Lane

SIX NATIONS, Ont. — An argument between police and land defenders erupted in violence Thursday when officers tried to arrest someone outside a protest camp on Haudenosaunee territory.

Witnesses say police fired at least six rubber bullets and tasered a young man after someone threw a rock at their cruiser. In the ensuing chaos, Ontario Provincial Police fell back to a reinforced position about 500 metres from the camp’s back entrance.

“I was hit right in the fucking back,” said one young man, who did not want to be identified. “It doesn’t hurt right now. Just gives me another reason to be out here. It’s a good day to be Indigenous.”

SUPPORT THE ROVER If you’d like to see more journalism like this, please sign up for The Rover, a newsletter-supported reporting project brought to you by Christopher Curtis and Ricochet Media.

As police withdrew, dozens of Haudenosaunee barricaded Argyle Road with pickup trucks and stacks of burning tires. They stood a few hundred metres from a row of Ontario Provincial Police cars, blocking access to downtown Caledonia.

They also lit the base of a power line on fire and attempted to push a school bus onto the rural highway.

Earlier today there were roughly 20 land defenders at the camp, but by 8:30 p.m. ET, their numbers had swollen to between 100 and 150 as community members flocked to the scene. The camp has now expanded to cover an entire section of the reserve, stretching almost to Caledonia, and the Haudenosaunee are reinforcing their position with a steamroller and more trucks. The OPP have shut down access to a large part of the reserve, and Ricochet was only able to access the area by hiking in. 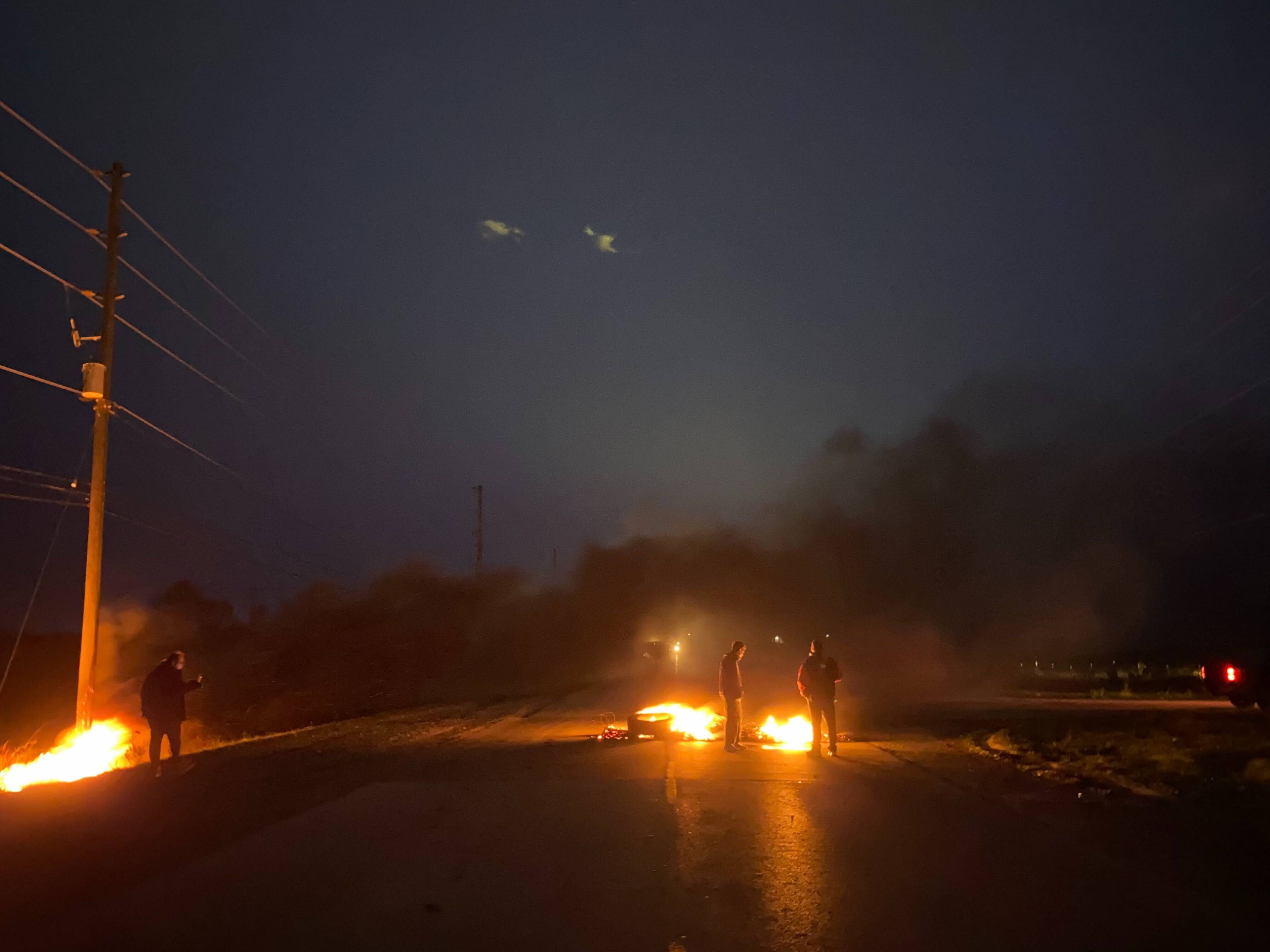 Earlier this evening, the OPP West Region Twitter account stated that one or more of their cruisers were “heavily damaged as protest violence escalated. For their safety, OPP members used appropriate force in response. No injuries. Investigation underway.”

When reached by phone, a representative of the police force told Ricochet that the media relations officer on duty, Constable Rod LeClair, would only respond to questions submitted by email. When pressed, the representative said that no one from the OPP would respond to media calls this evening.

The standoff came just hours after an Ontario Superior Court judge granted a permanent injunction against the Haudenosaunee who have been occupying a housing development on contested land since July 19.

Justice R.J. Harper had previously expelled Skyler Williams, the camp’s spokesperson, from the proceedings and refused to hear constitutional arguments.

“The manner to proceed with claims and grievances in our society, in Canada, must be done respectfully, must be done in compliance with the orders, must be done by good faith negotiations,” said Harper. “Damaging property by spray-painting them pronouncing that this land is now Land Back Lane 1492, that does not go the route of civil society by way of negotiation.”

Land Back Lane was erected to prevent construction of the McKenzie Meadows development adjacent to Six Nations on the Grand River, a reserve about 20 kilometres south of Hamilton.

“We’re not leaving, we’re going to continue occupying our land peacefully until we can negotiate an acceptable way to get our land back,” said Williams.

“We’ve been arrested, fired at, shot with Tasers. Our women have been dragged away screaming. Enough is enough.”

There have been other police incursions into the camp, most notably on Aug. 5, when the OPP arrested nine people for violating a previous injunction.

The OPP have repeatedly said they responded only after being pelted with rocks. Officers regularly stand guard at the back entrance of the camp, and it’s not uncommon for arguments to break out.

“I’m not encouraging violence but if people get attacked for peacefully occupying their land, I won’t blame them if they defend themselves,” Williams said.

For months, Williams and the other land defenders could not leave the housing development or Six Nations without risking arrest. Because they’ve violated past injunctions and spray-painted shipping containers on site, there are warrants for their arrest.

So they travel back and forth from the camp to Six Nations through a muddy path under the hydro towers that cut across southern Ontario.

Since the group is still violating the injunction, the court will not allow them to testify in their defence. Only once they vacate the lots and turn themselves in will they be able to defend themselves in court.

Indigenous Services Minister Marc Miller has been in touch with Williams, and says he believes both parties can reach a negotiated settlement.

“This isn’t about land claims,” said Williams. “Those will get you money but they won’t secure land for our children and their children. That’s what this is about. Having land. Being sovereign.”

With files from Jorge Barrera, CBC News.
This article was produced through The Rover, Christopher Curtis’s investigative journalism project with Ricochet. Sign up below for `weekly newsletters from the front lines of journalism.
How the Conservative leadership campaign is pushing the party further to the right
Big tech thinks it can solve climate change without confronting capitalism
INVESTIGATION: Canadian news media dominated by corporate lobbyists