Anti-war activists in Hamilton, Ontario, have blocked truck traffic at a company they say is involved in shipping Canadian-made light armoured vehicles to Saudi Arabia.

As Parliament resumes in Ottawa, organizers of the Hamilton action say they are raising the stakes in their demand for the federal government to end Canadian arms shipments to Saudi Arabia.

Today’s protest is part of a coordinated international mobilization opposing the Saudi-led war in Yemen, which UN agencies estimate has resulted in over 200,000 deaths in recent years.

“People across Canada are demanding the federal government immediately end arms exports with Saudi Arabia and expand humanitarian aid for the people of Yemen,” organizer Rachel Small with the Canadian chapter of World BEYOND War stated in a press release.

The arms deal, with an estimated value of over $15 billion, involves the shipment of light armoured vehicles produced by General Dynamics in London, Ontario, to the regime in Saudi Arabia. The agreement was first announced by the Conservative government of Stephen Harper in February 2014, and later ratified by the Liberal government.

As first reported in 2014 by Ricochet journalist Martin Forgues, the arms deal, which was underwritten by the Canadian Commercial Corporation, appears to violate regulations that prohibit weapons and related exports to countries where they could be used for repressive purposes.

Paddock Transport did not return a request for comment in time for publication.

“Canada must join other democracies throughout the world and immediately end its production and export of weapons to Saudi Arabia,” added Small. 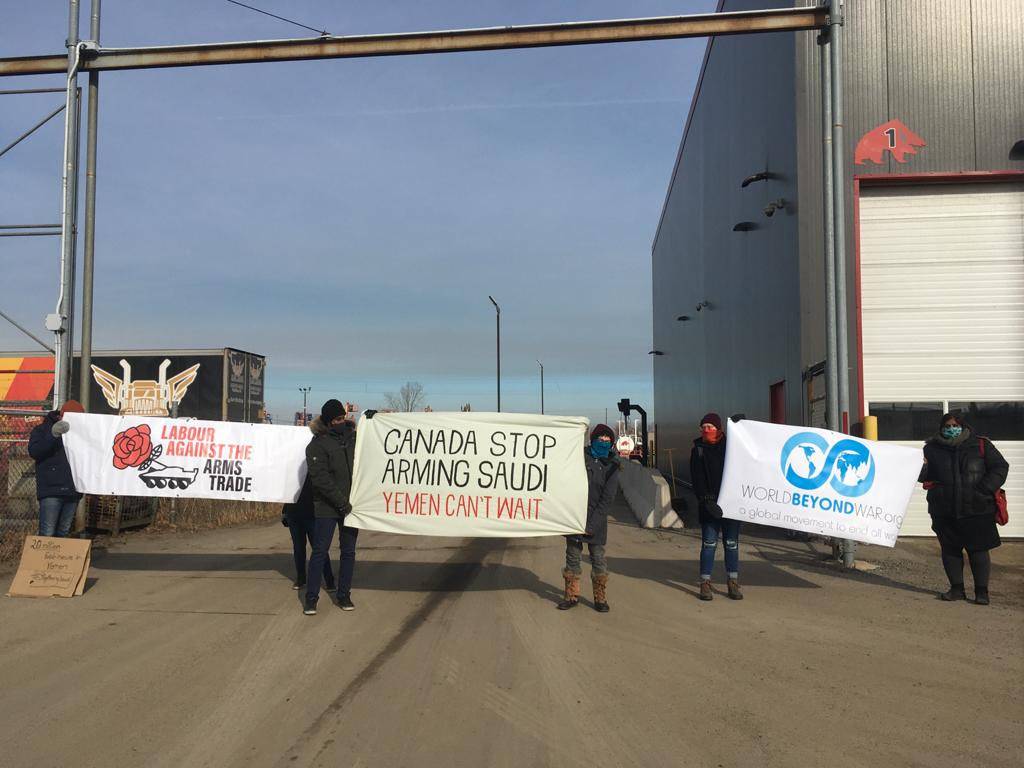 World BEYOND War
The Dirty Dozen: ‘Carbon bombs’ threaten to blow up Canada’s climate commitments
Canada must lead the way by imposing a windfall tax on oil and gas profits
How fossil fuel companies push disinformation through media campaigns