MATAWINI RIVER, QC — They made their stand on an unpaved road in the heart of logging country.

It isn’t an ideal place to protest. Quebec’s cellular network doesn’t reach this far into the foothills of the Haute-Mauricie, and the road leading here is treacherous.

A sudden turn or a stiff pump of the brakes and you’re liable to drift into a ravine.

Ideal or not, this is where the Atikamekw of Manawan First Nation resisted a $750-million mining project on their traditional territory on Monday. About 30 people erected a temporary blockade on Monday at an intersection outside their community, preventing logging trucks from entering their territory or hauling timber out of it.

“Basically, they’re conducting a giant lab experiment but with the future of a region’s ecology.”

“Logging is already threatening our way of life. Now our existence on this land is at stake,” said Yvan Boivin, who organized the blockade. “If our animals die, we die with them as a people. If the water gets contaminated, we get poisoned too. A mine of this size will only hasten our demise.”

One trucker stepped out of his rig to curse the land defenders, and others pulled on their horn to try to annoy the Atikamekw. The lone police officer on site was trapped on the south side of the intersection, coordinating safe passage for an ambulance that needed to pass through.

When they lifted the gate, a tractor trailer rushed behind the ambulance, nearly hitting protesters while driving through their encampment. With construction on the mine set to begin by year’s end, this may be the opening salvo in a protracted conflict between pitting hunters, conservationists and the Atikamekw against the project and its backers in Quebec’s government. 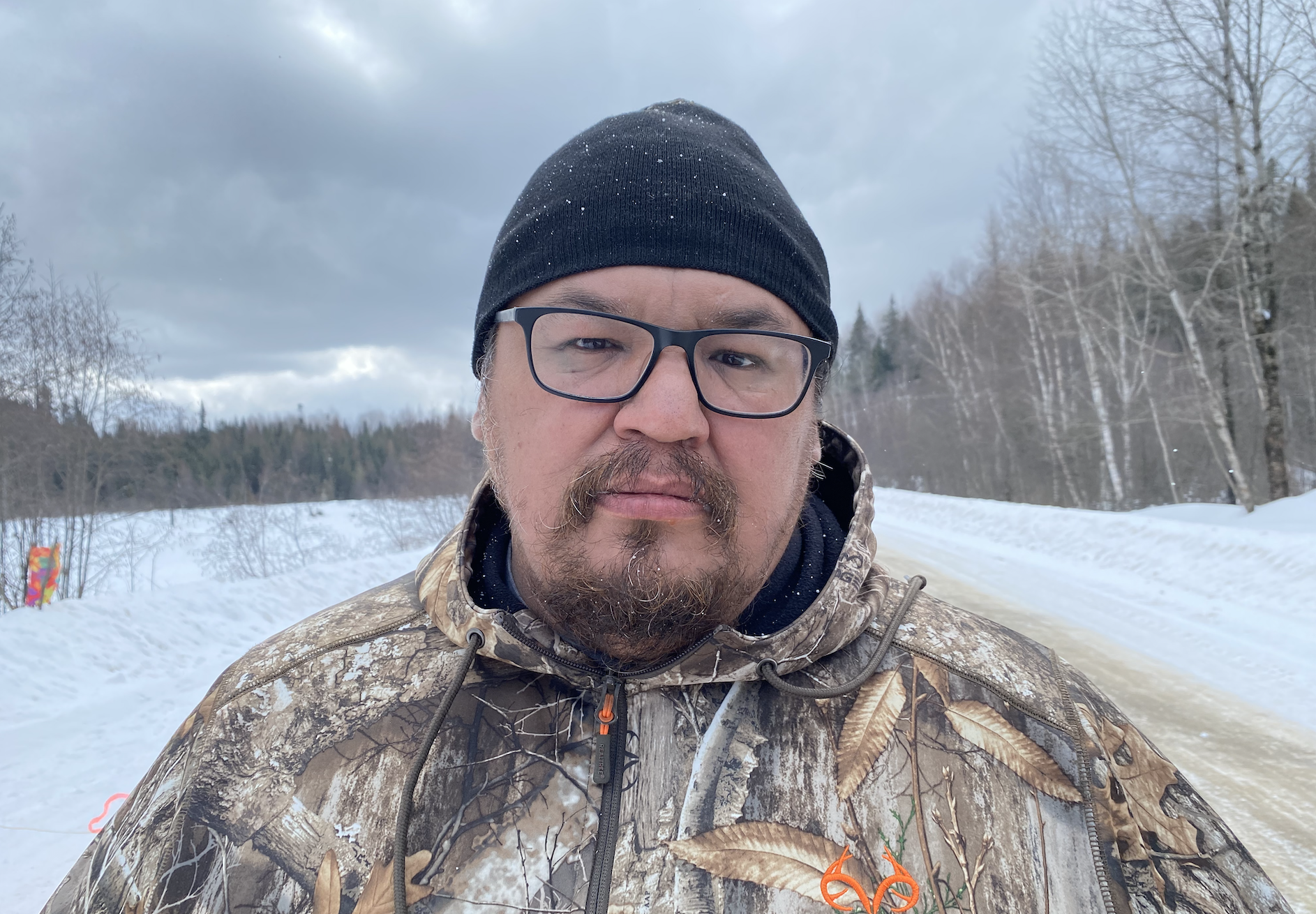 Nouveau Monde Graphite is developing the proposed site some 150 kilometres north of Montreal and says it would be the largest graphite mine in North America — 2.7 kilometres long, 600 metres wide, and yielding an estimated 60 million tonnes of the precious mineral over the next quarter century.

Quebec’s government approved the project last month despite the absence of key environmental studies and little consultation with the Atikamekw.

“I’ve participated in at least a dozen environmental studies over the last 12 years and I’ve never seen anything moved forward this fast,” said Ugo Lapointe, a coordinator with MiningWatch Canada. “There are crucial environmental studies missing. That happens with other projects, they move forward without all of the studies being done, but I’ve never seen anything quite like this.

“This is a project that will produce tens of millions of tonnes of acid-rich waste. It’s extremely dangerous for waterways in the region.”

In public consultations last year, the company proposed an experimental method of containing the acid-soaked waste by building a cell of less harmful tailings around it. This method has never been tested outside a laboratory.

“The system they’re proposing is quite innovative but it’s unproven,” said Lapointe. “Instead of creating tailing ponds that could burst and flood, they’re trying a dry method. Think of it as a Caramilk bar but the centre is acid and toxic and the cell around it is less toxic. They’re hoping it works on a massive scale but it’s never been done. Anywhere. 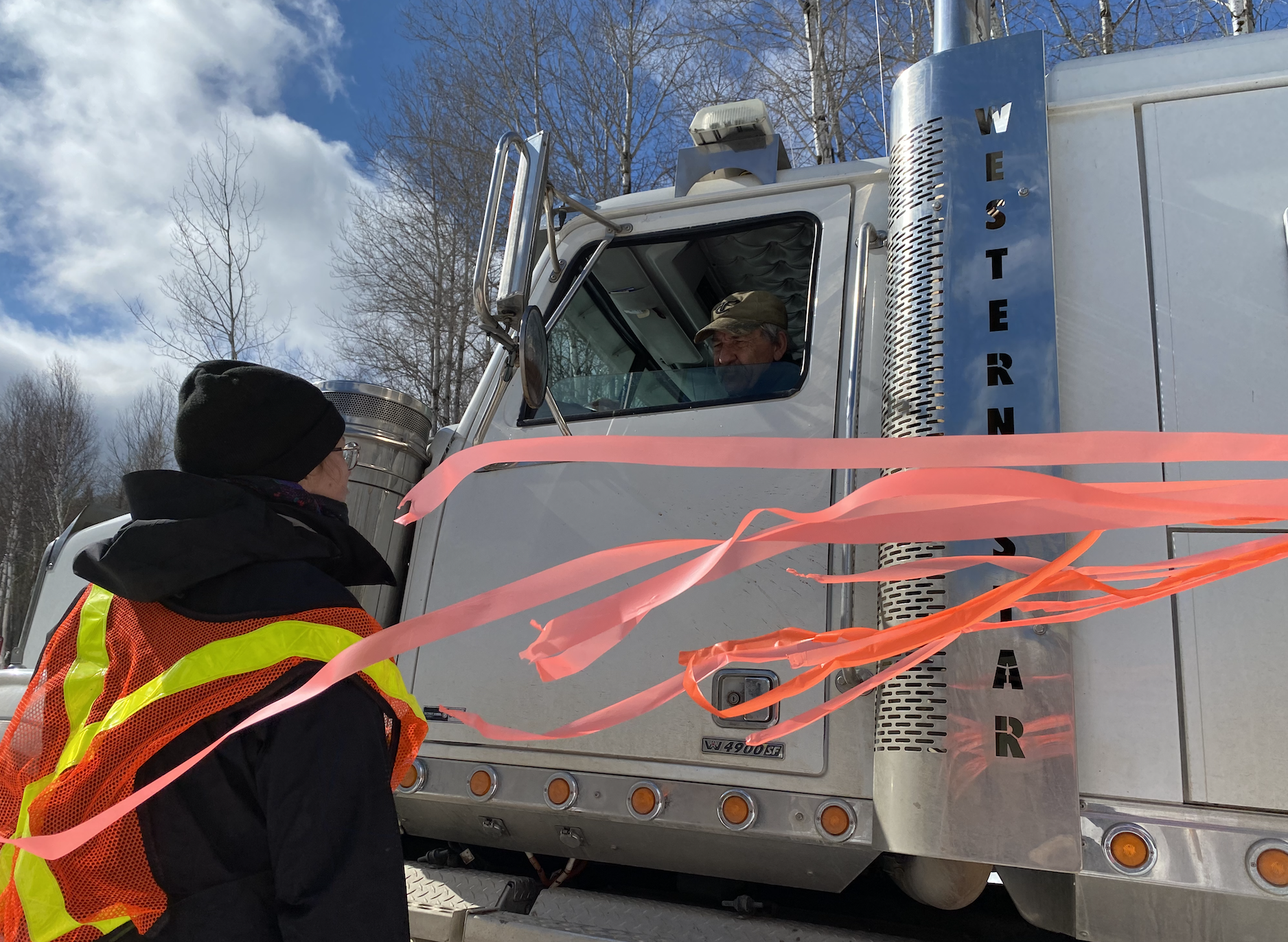 “Basically, they’re conducting a giant lab experiment but with the future of a region’s ecology. If they mess this up, they can’t exactly put the toothpaste back in the tube.”

Quebec’s public consultation authority signed off on the project last summer, with the caveat that more environmental studies be done. Nouveau Monde Graphite spokesperson Sophie Paquet says the company has and will continue to study the environmental impact of the project.

Given that graphite is one of the main elements required to produce the kind of batteries that fuel electric cars, the project is seen as part of an effort to reduce greenhouse gas emissions.

Though surveys by the company have hinted at upwards of 80 per cent approval among residents of the area north of St-Michel-des-Saints, a coalition of Indigenous and non-Indigenous hunters, environmentalists and tourism industry workers say they’ll fight the project.

Whether or not they realize it, these people are facing off with financial giants. Quebec holds 13 per cent of Nouveau Monde’s shares. The mine is also being staked by the Caisse de Dépot and the FTQ Solidarity Fund — two of Canada’s largest pension funds. 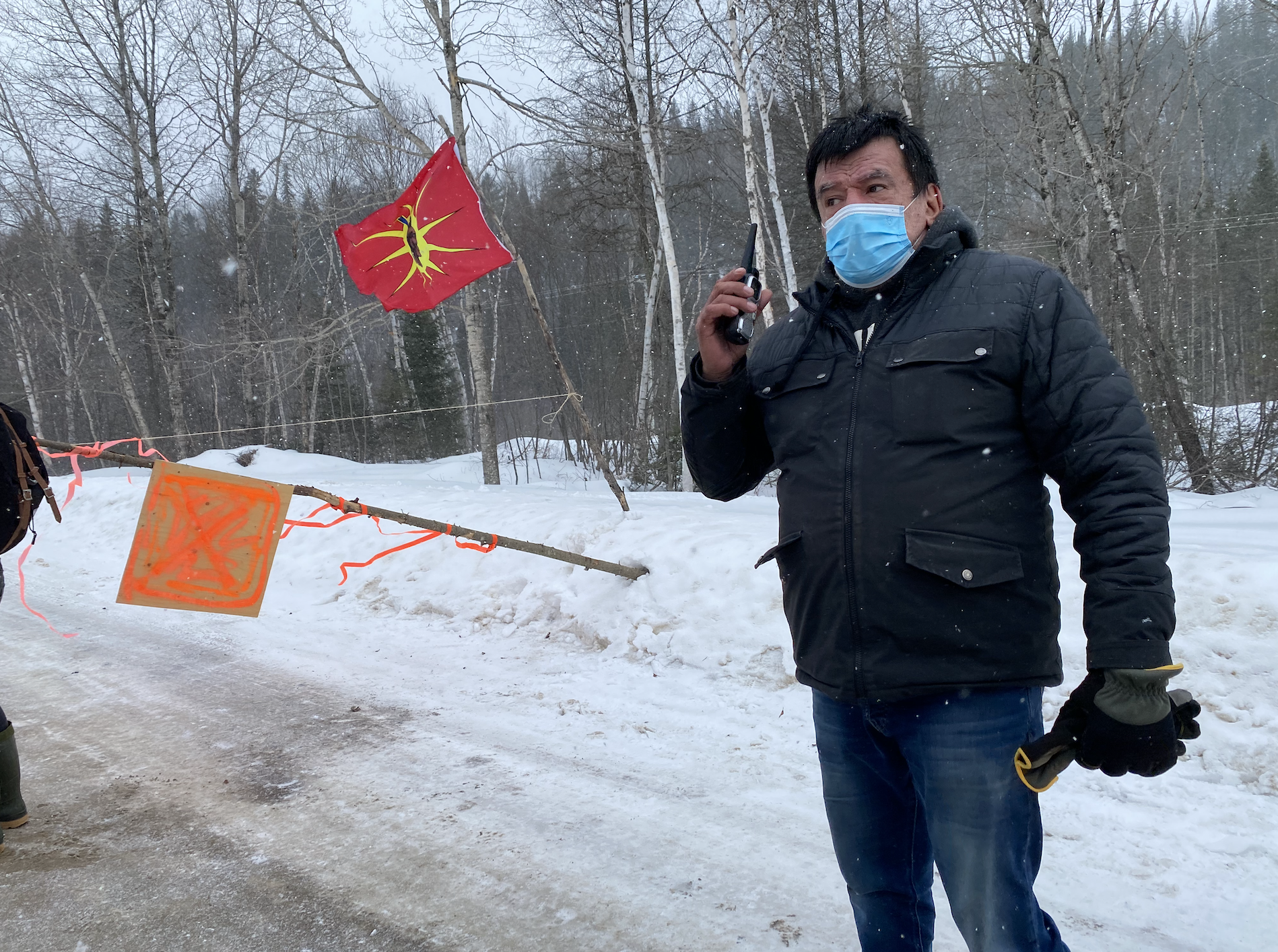 At the blockade Monday, white hunters honked in support of the Atikamekw, who were joined by members of the Innu Nation, some 1,000 kilometres east.

“This is a mobilization of the people, not only us Indigenous folk but our non-Indigenous brothers and sisters, who can see we’re headed towards an ecological genocide,” said Michael Paul, who was born in the Innu community of Mashteuitasht. “You have to remember these waterways, right here, they link us to the Saint Lawrence River just south and the Ottawa River to the west.

“Any sort of spill here will have devastating consequences across the province.”

An estimated 3,000 jobs in the region are linked to tourism and hunting. Highway 131 slithers around dozens of cliffs, lakes and outfitting companies that boast some of the best fishing within a few hours of Montreal. The mine would be dug into the foothills about a two hours’ drive north of Montreal and roughly midway between Quebec City and Ottawa.

“Is that what we want for our children? Some money and no relationship to the land that birthed us?”

The Atikamekw — whose name means “white fish” — have lived off these lands for generations, surviving all manner of colonial violence, from wars with Europeans in the 1600s to deforestation in the 1800s and logging companies flooding their traplines to float timber to markets down south.

Despite living under constant threat, their language and traditions still thrive, and today there are about 8,000 Atikamekw living in three communities scattered in the woods between Lac Saint-Jean to the east and Anishinaabe territory to the west. 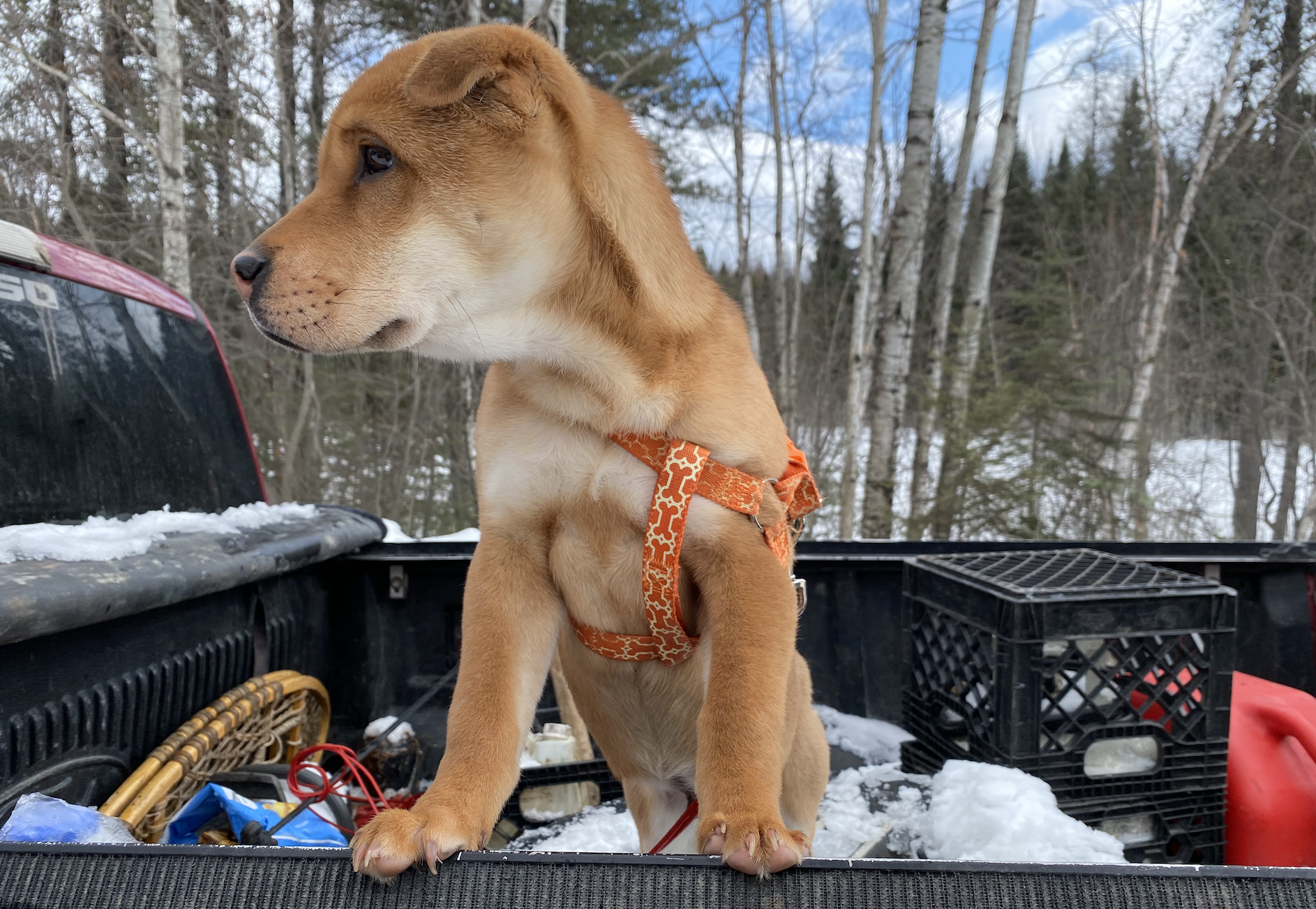 A project too risky for approval

Proponents of the mine say it will create 175 jobs and contribute millions to the local economy. Though the company doesn’t have an impact benefit agreement in place with the Manawan First Nation, they signed a pre-development contract with its band council in 2019.

Chief Paul-Émile Ottawa says the project is too risky to get his council’s approval.

But Monday’s action did not come from council. It was a grassroots effort, organized alongside Mobilization Matawinie — a coalition of Atikamekw and non-Indigenous residents of the Lanaudière region launched last year.

“A lot of people we speak to in Manawan hesitate to speak their mind because they’re scared of the band council,” said Jeane Ste-Marie, a non-Indigenous member of Mobilization Matawinie.

“The band council is the main employer but it also decides who gets a new house and so on so it can be a delicate situation. That’s how we started seeing a lot of Atikamekw join our group.

“We’ve opposed clearcutting, we’ve marched together, we have solidarity.”

It’s unclear how large the resistance to the mine project is, but two filmmakers who were on the ground during the Wet’suwet’en land defence last year showed up to document Monday’s protest. Given the scale of the project, land defenders say it’s just a matter of time before more people jump on board.

Jonathan St-Onge and a friend drove over 890 kilometres from their Innu village to help block logging traffic.

“Our land is being pillaged. When I inherit my father’s trapline, it’ll be worthless,” said St-Onge. “What am I going to do with it? Sell it to a gold prospector? Is that what we want for our children? Some money and no relationship to the land that birthed us?

“What kind of life is that?”

Boivin stood in the cold, braving gusts of wind and hostile truckers in hopes that his message will reach across the vast wilderness and into the halls of power. “I’m doing this for my grandchildren but I’m doing it for your kids too,” he told me. “This isn’t just a cause for me. This is the lives of those who haven’t been born yet and the generations after that.

“I live just 800 metres from a logging site that’s bigger than my entire community. Sometimes, it feels like all we are to this province is an obstacle to cutting down more trees, taking more of our land.

This article was produced through The Rover, Christopher Curtis’s investigative journalism project with Ricochet. Sign up below for weekly newsletters from the front lines of journalism. 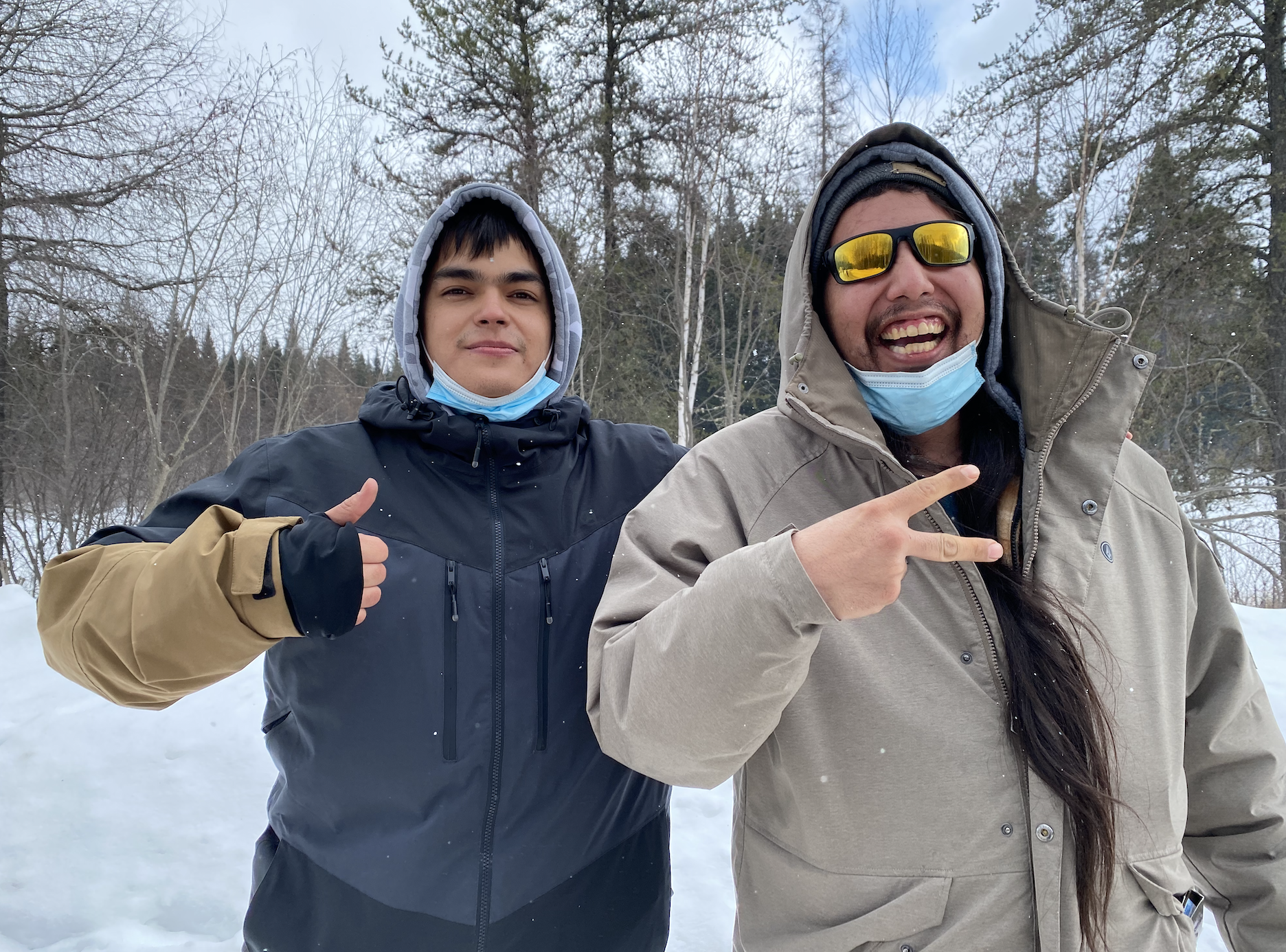 Jonathan St-Onge (left) and friend
Christopher Curtis
As a top polluter, what is Canada’s responsibility to humanity?
The Dirty Dozen: ‘Carbon bombs’ threaten to blow up Canada’s climate commitments
Salmon is life: a lesson in Indigenous education