Fighting for the future: The faces of Fairy Creek

In the southwest of Vancouver Island, a pitched battle between old-growth forest advocates and the RCMP has been playing out since the police force began attempting to clear logging roads of protesters on May 17. A court injunction issued to logging company Teal-Jones in April bans the obstruction of roads and logging in the region.

It’s the largest campaign of mass civil disobedience in Canada since the 1993 “war in the woods” at Clayoquot Sound. Now, as then, the national police force has found itself embroiled in a quagmire. The more people they arrest, the more that show up.

Some have their arms buried in the roadway, others perch in lean-tos balanced over it. Some are locked into beams balanced over waterfalls, or chained into massive sections of dead trees.

Every arrest is a challenge, and despite hundreds of citations for breaching the injunction, the protests and roadblocks remain strong. Each time the RCMP clear a camp, new occupants move in and resurrect it. Then they get arrested, and on it goes.

Ricochet has had journalists on the ground and inside these camps since early May. Ora Cogan and Yassie Pirani asked ten activists and land defenders defying the injunction why they are putting their bodies on the line to protect the ancient forests. These are their stories. 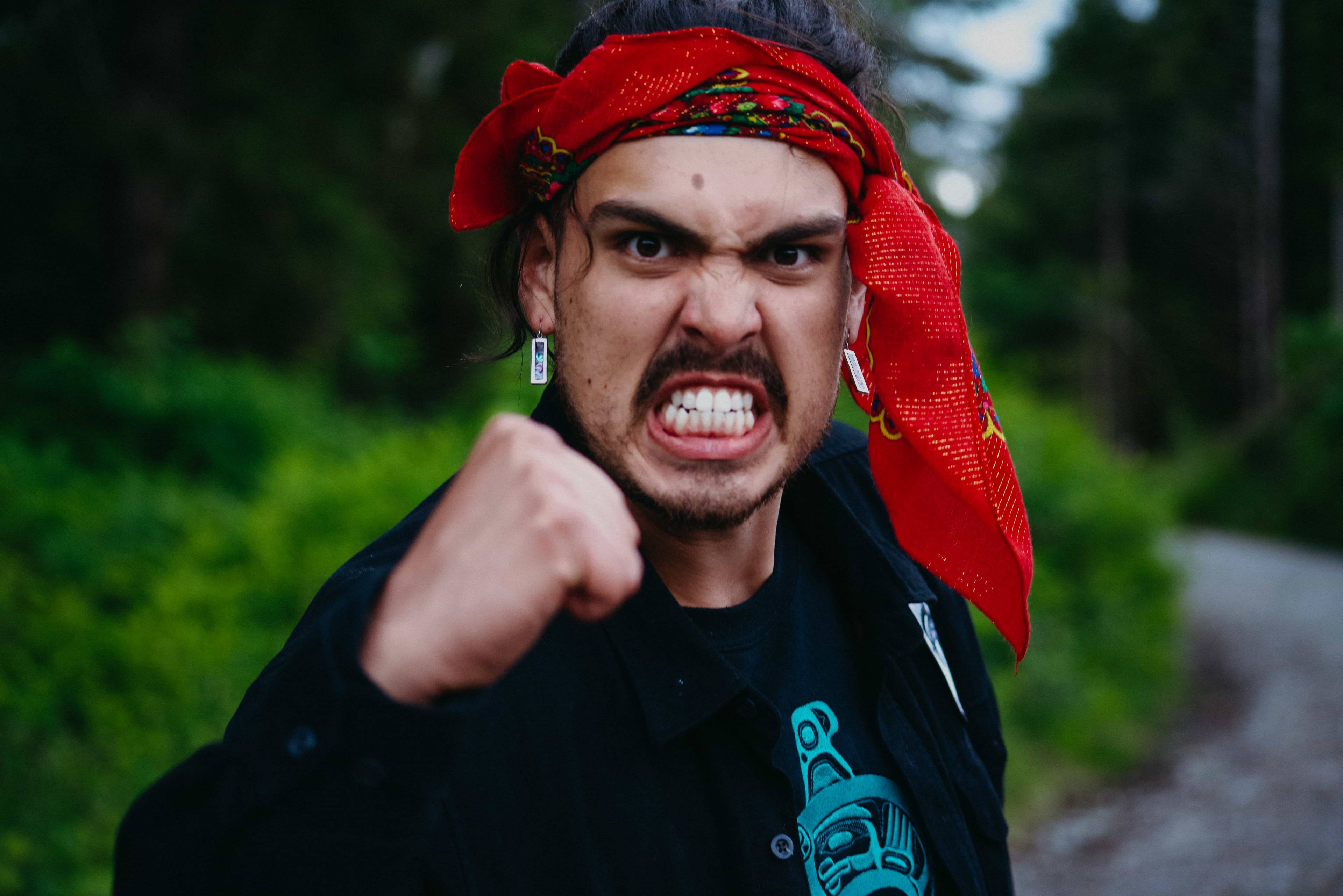 When we talk about the word “equality,” we think of gender and race right off the bat. But there’s another type of equality, and that’s looking seven generations ahead. We have to look at the equality that the next generations can have, fresh water, breathing fresh air — and that’s what the trees give us.

That’s why we stand up to fight. That’s why we fight with hope and that’s why we will win. Because when we know this in our hearts and when we think of the people that we love in our hearts, we cannot lose. So we’re here for equality for the next generation, so that they can live in safety and have a secure future. 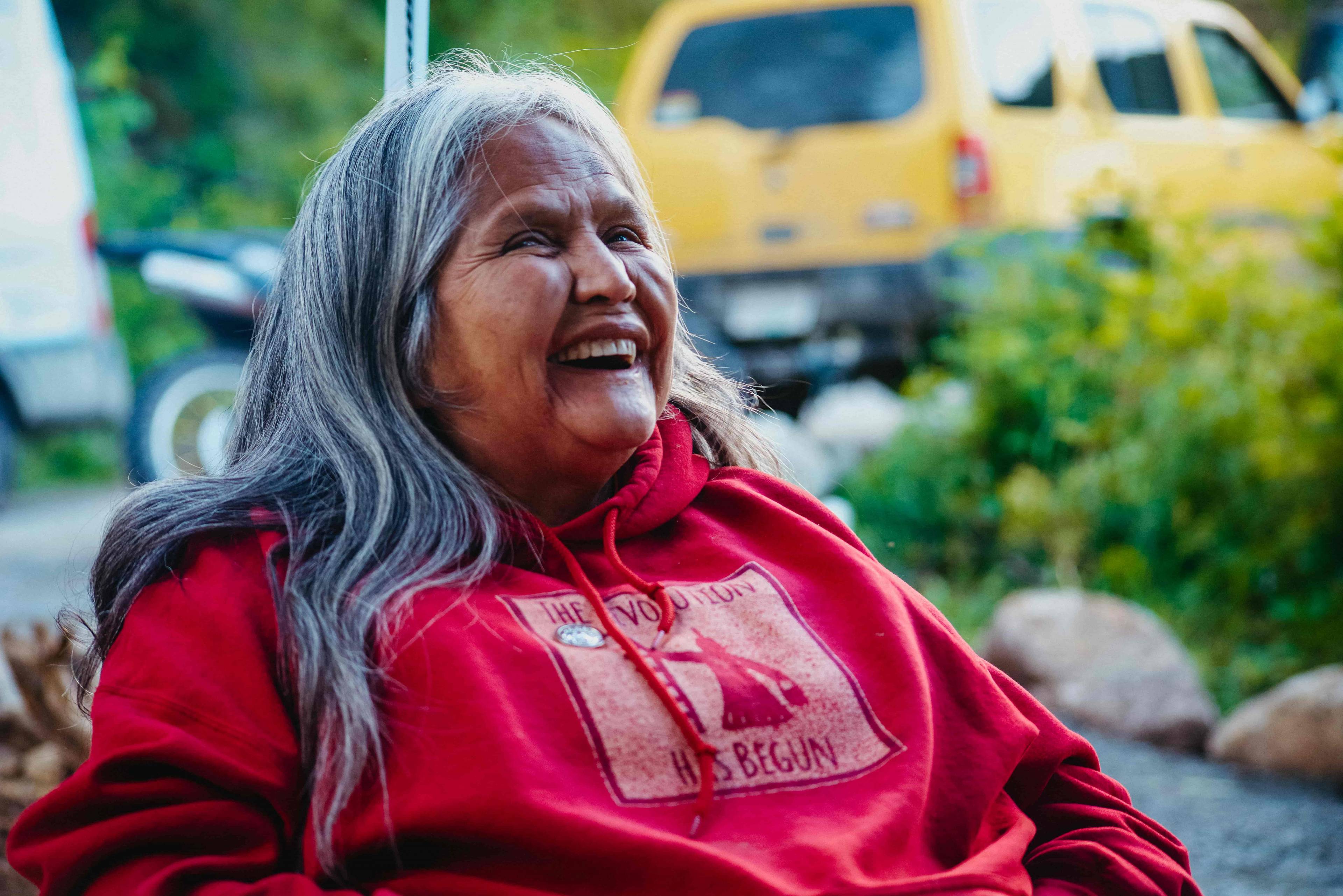 Include us in all the decision-making levels. Hear our voices. Throw away your watches, stop telling us that we only have two minutes, ’cause I’m gonna tell you where to go with that two minutes. It’s taken us 500 years to get to the table. Now we’re going to say what we have to say.

We’re finding it’s the younger kids, the non-Indigenous kids, they’re grabbing it and they’re excelling. It’s their parents and their grandparents that are too set in their old ways.

It’s taken 500 years to get here, it may take another 500 years to move though it. And my immediate response now is I will get over it when you get over your racism. 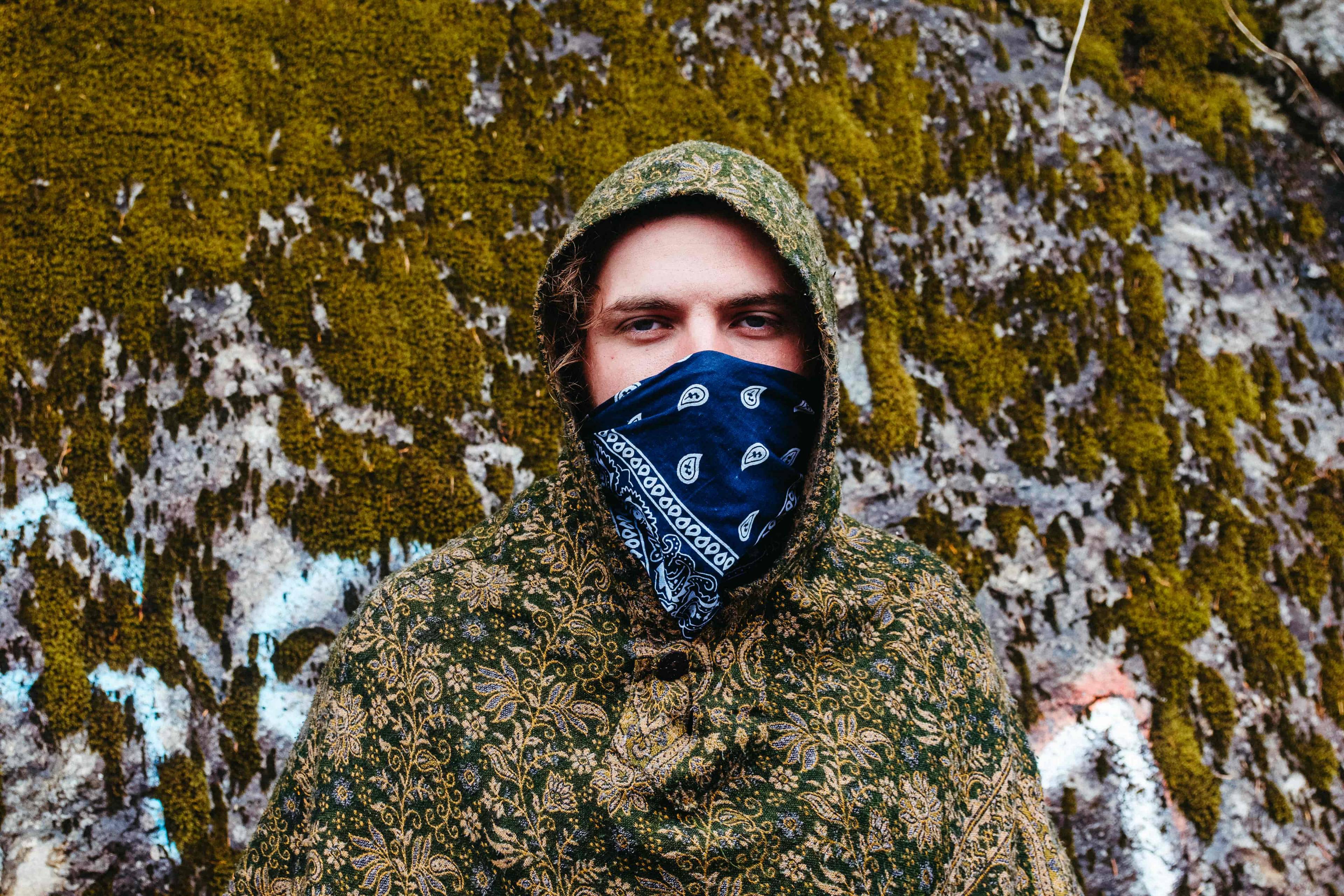 What brings me here is we have a chance right now to do something, and it’s rare that we get those chances. Sometimes we feel powerless in the face of other forces that are changing the world around us, like greed. I decided to come here when I was at a demonstration in Vancouver and I got really emotional, and one of the points that made me emotional was thinking of the future generations.

When you get out and you start taking direct action it makes you feel so good because you’ve got a purpose and you’re doing something. And it’s part of what’s binding everyone here together and making everyone treat each other with a lot of love and respect. We’re all doing our best.

When you’re in there, you feel, beyond the biological and ecological importance, there’s a significance to those wild spaces. They influence our consciousness and psyche in really important ways. To not be around big trees we lose one dimension of our lives. Like not being able to see the stars. The chance to protect these last groves, these last standing monuments to life, is pretty special. So I encourage everyone to get out here and do that. 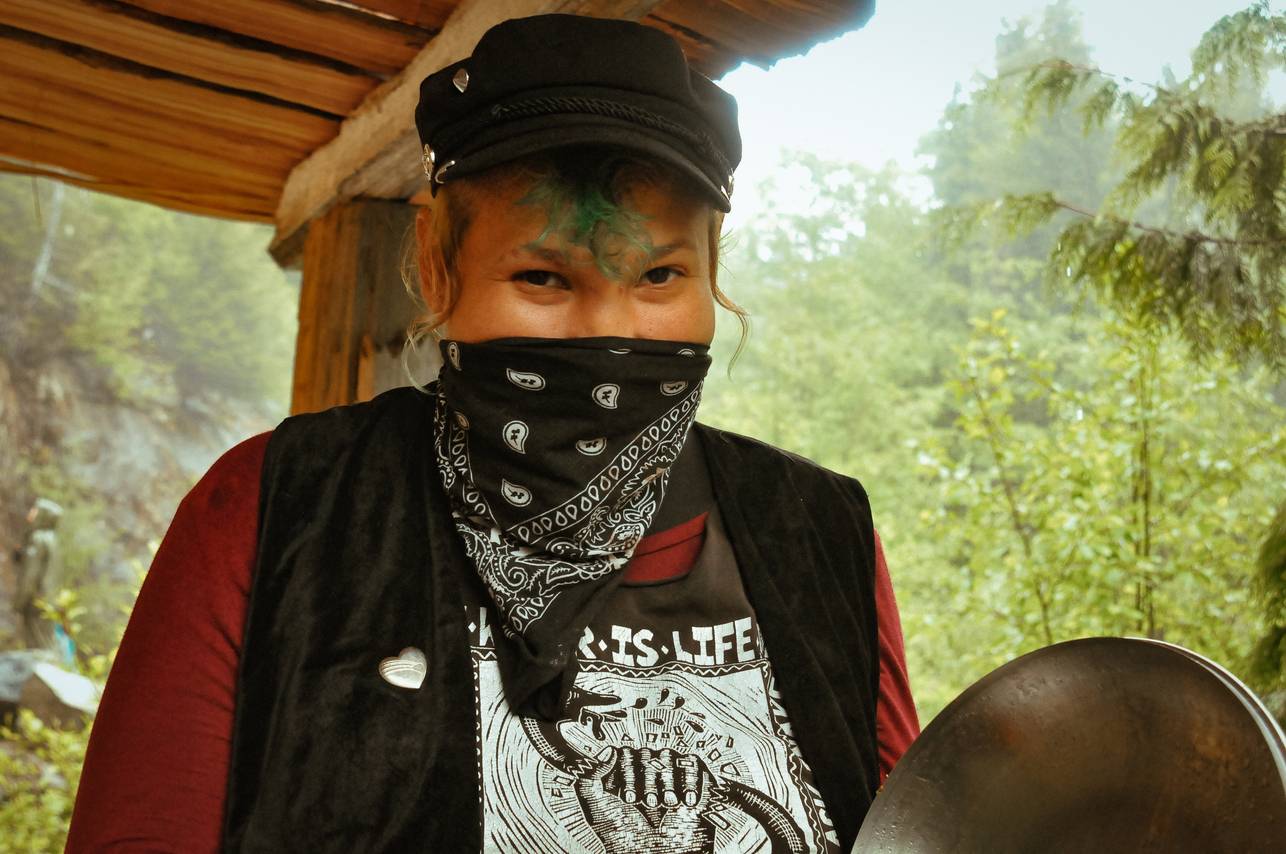 I am at the blockades because I am defending the forest and ceremonial grounds of the Pacheedaht and Ditidaht territories. I am staying to support the Land Back movement. 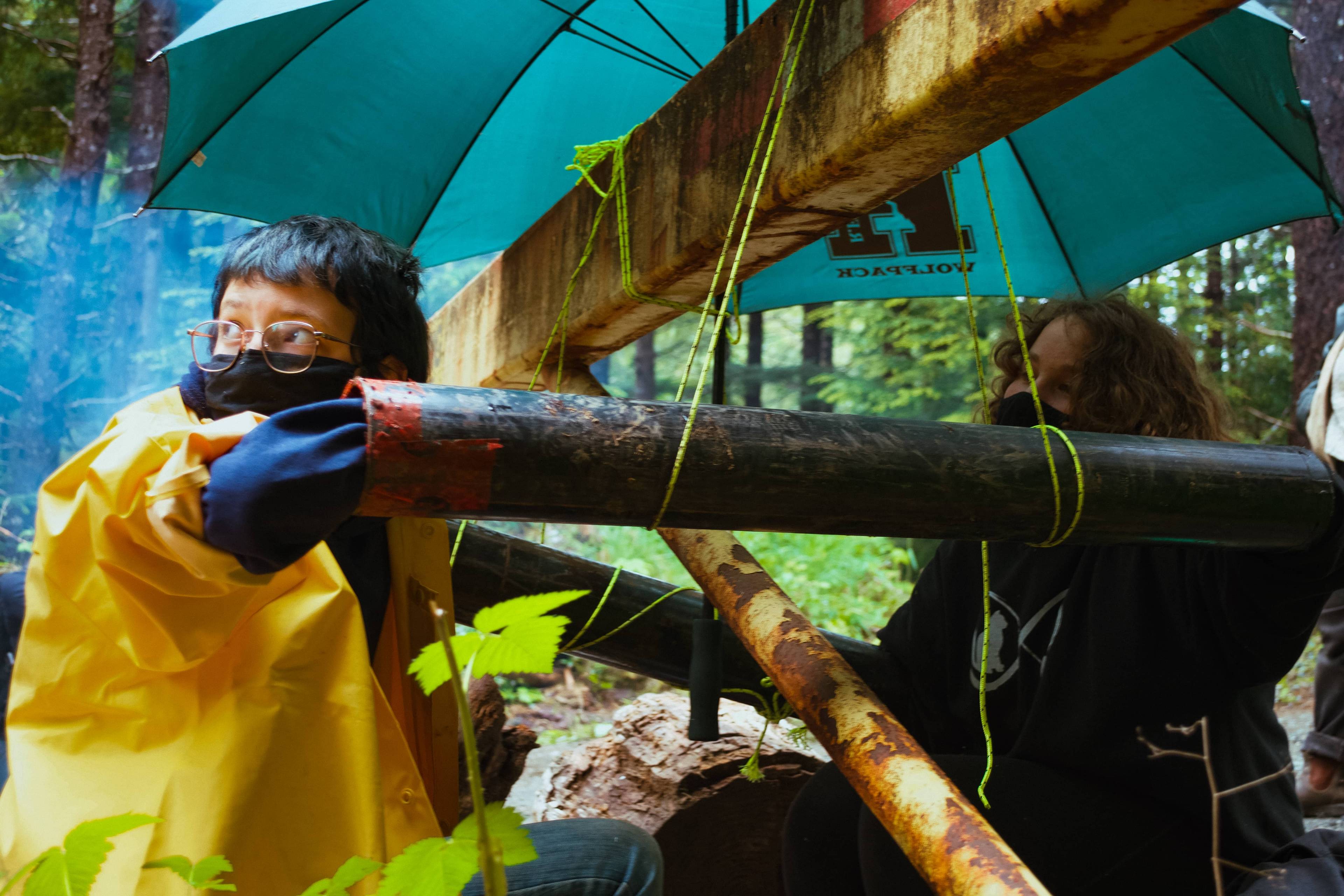 I just think it’s really stupid that this is even a problem. It doesn’t seem worth it to go through all the trouble to go through with all the logging. We are just going to stop them. We’re going to win. It’s not their land and we have to do something about it before it’s too late. 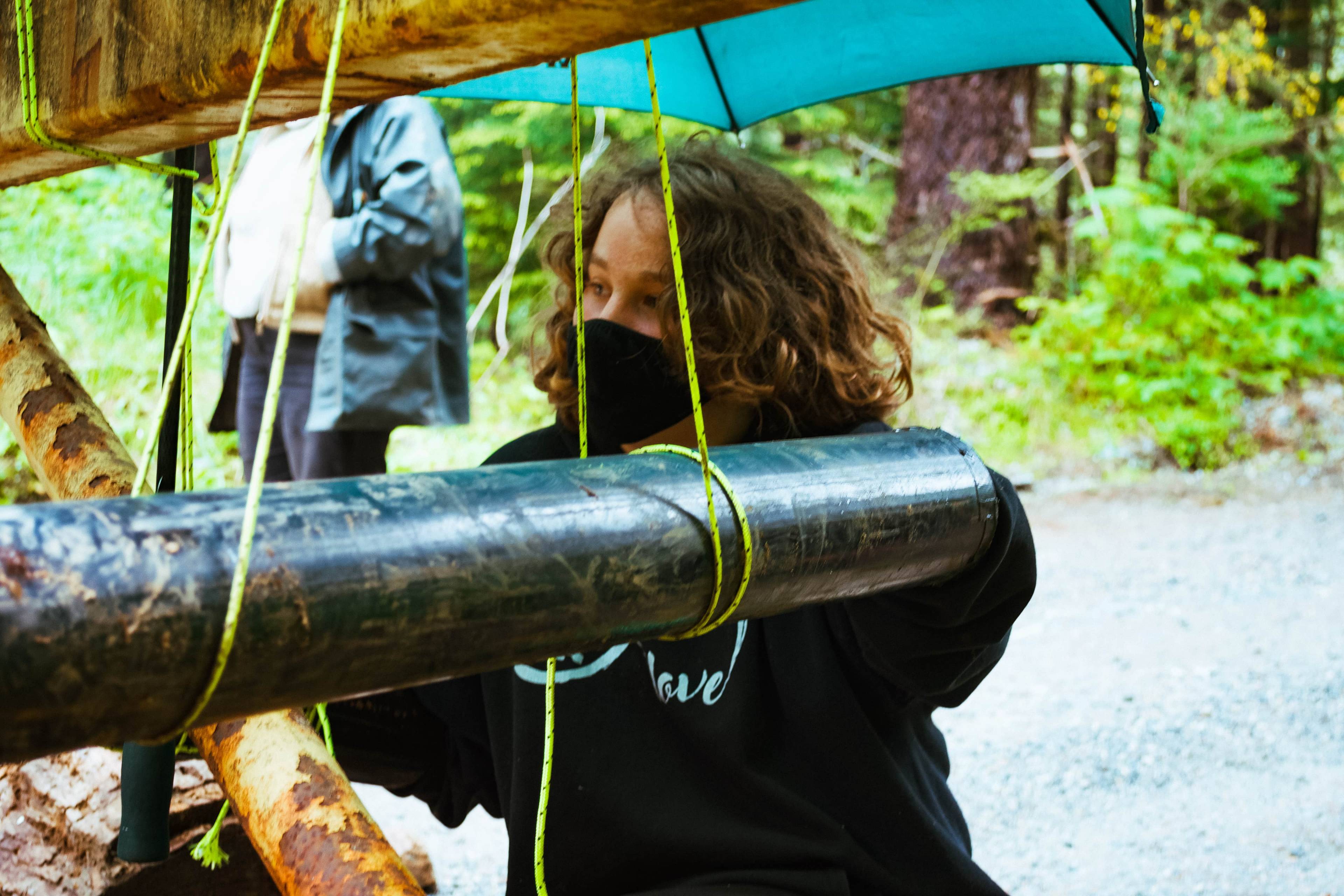 I am here because I don’t think it should have to come to this. Fighting for land that isn’t theirs to log. It’s just really sad. I am fighting mostly for the people who don’t have the privilege that I do being a white person, because other people may not be taken as seriously or be given the same rights or safety. 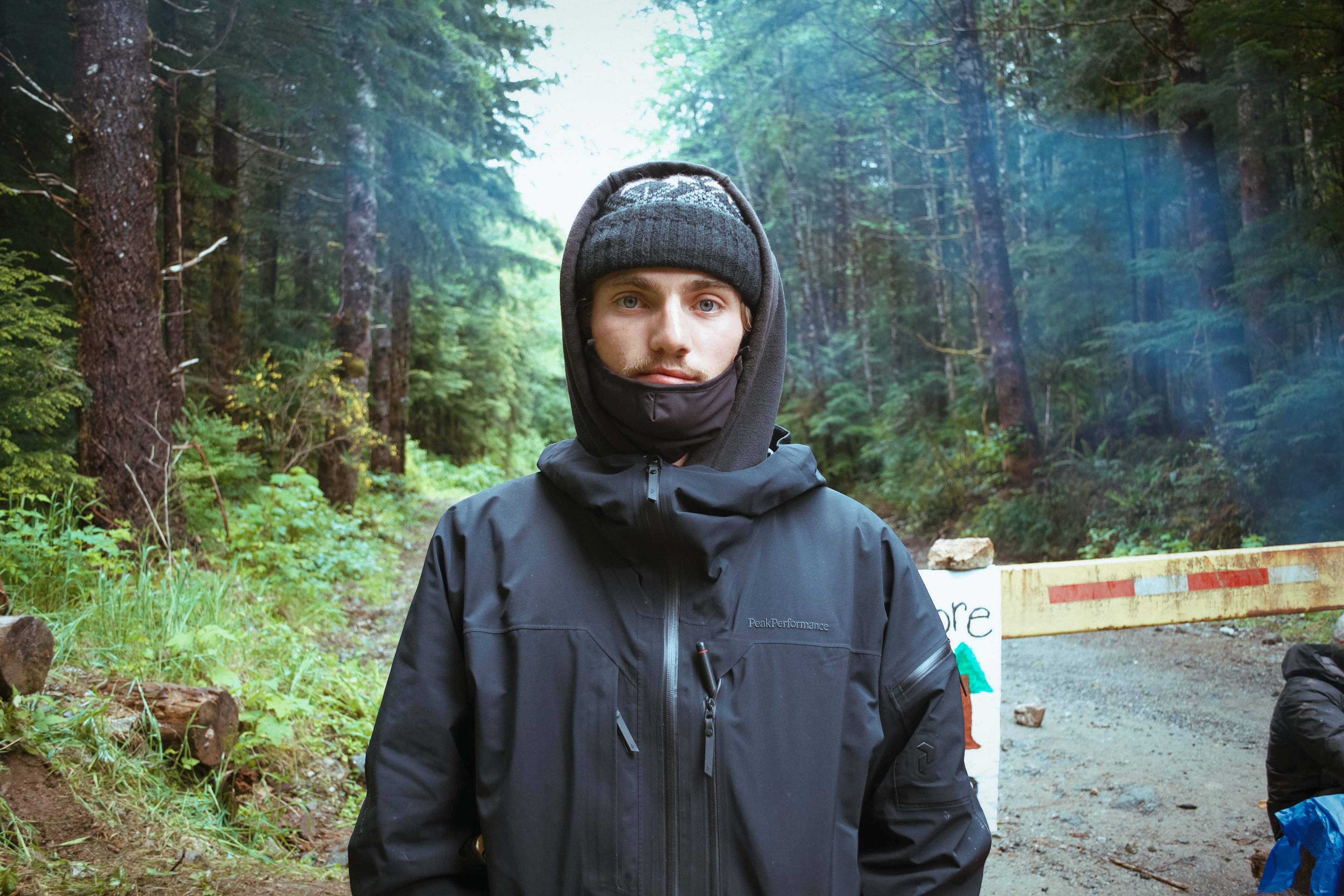 I think this movement is part of a much greater awakening globally. I am here to protect this land that we are lucky to be on, this Indigenous land that we have stolen.

I would like to see the government take responsibility for their actions over the last year to do with old growth, implement the 14 recommendations of the strategic forest review, put a moratorium on old-growth logging and implement ancient practice back into our system.

We have become so out of touch with the land and the people. I think we have lost touch with natural ways of being and it’s no longer sustainable to do the things that we are doing today, which is extracting and taking from the land until there is nothing left. We are going to have to rethink things either way — might as well do it before it’s all gone. 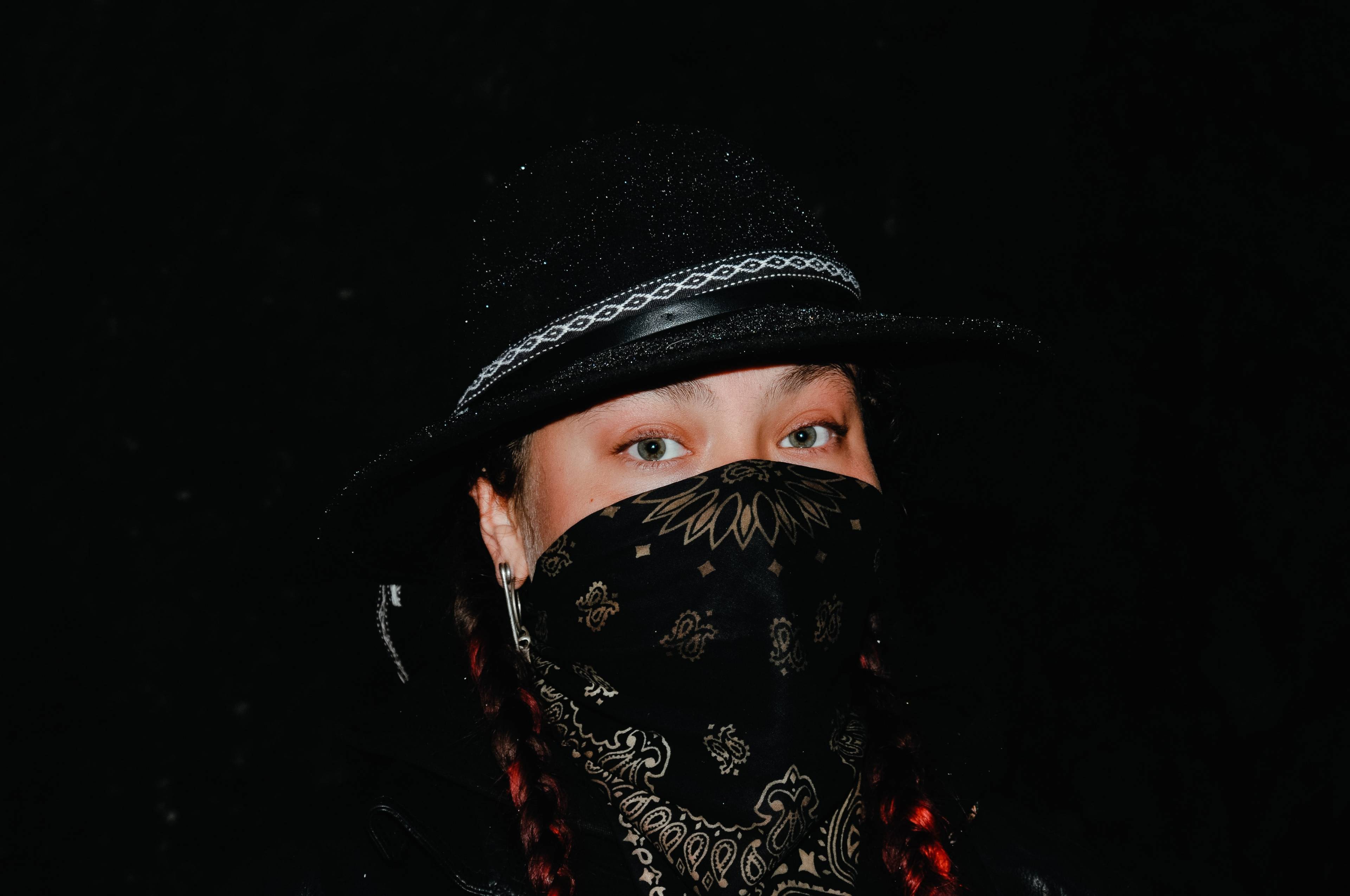 The trees have stood for a long time, and beyond their cultural and sentimental value to us they also are their own beings and deserve to be given a chance to survive as they have been doing without our help or interference for thousands of years. So I want to protect nature for the sacred land, but I also want to protect nature for the sake of nature. It doesn’t have to benefit us at all. It’s important for it to just exist. 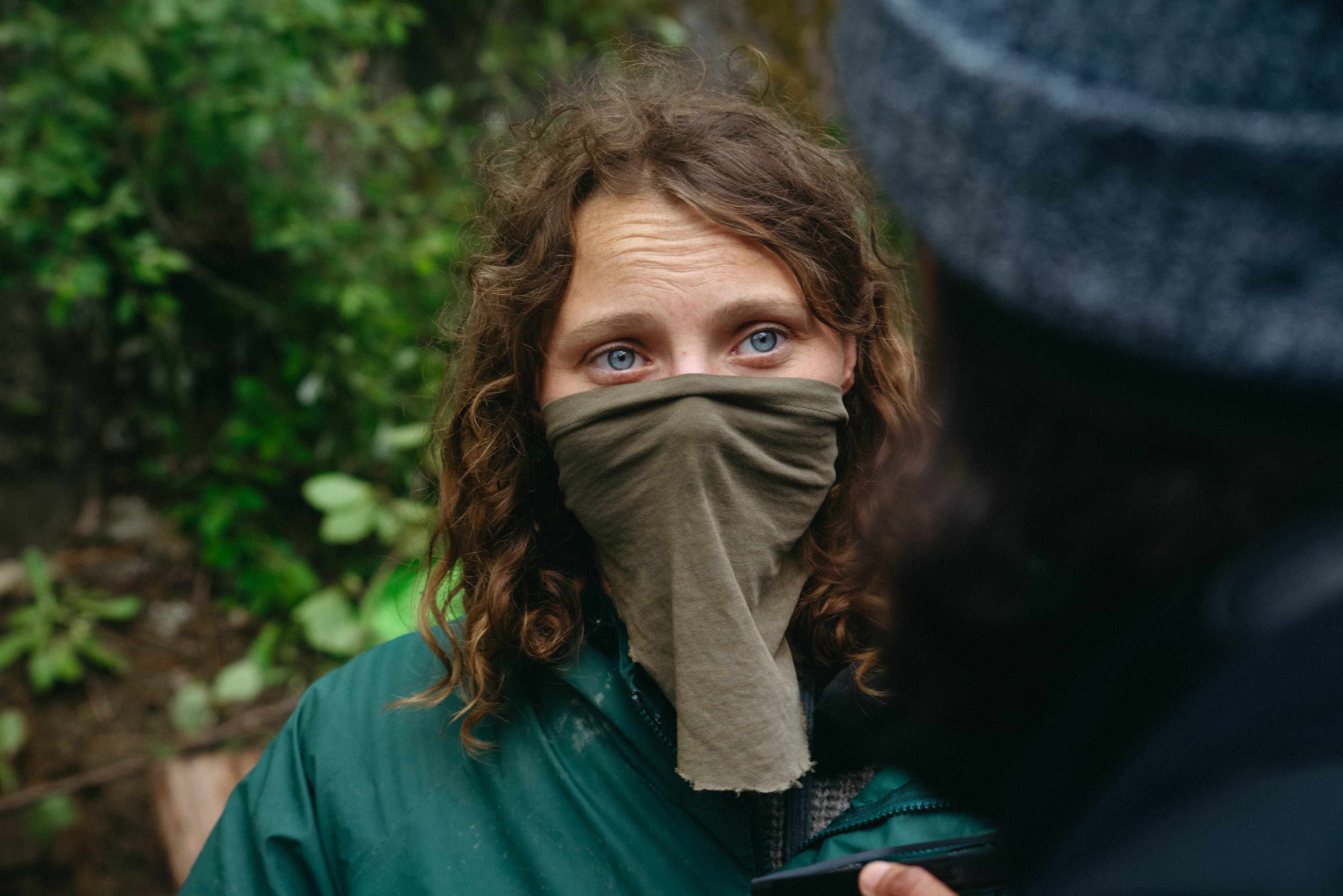 A few things are bringing me here. It’s a multilayered issue. Firstly, I am listening to the calls of Pacheedaht and other Indigenous folks to be here on the front lines and protect their unceded land. And also for the trees that are on that land and the immense biodiversity that exists right now but that will be gone if these trees are removed.

We are living in a time where climate change is a really massive issue facing all of us, and our governments are taking shockingly slow action to address it. These trees, and this biodiversity, are really important for maintaining a healthy world. Forests are being cut down all over the world, but I am not all over the world, I am here — so these are the forests that I need to help protect. This is important for my future, your future, for the future of the RCMP who are telling us not to be here. For the future of the industry folks that are frustrated. For our children and grandchildren. This is really important.

It’s really hopeful to see how this movement has grown and evolved. When settler folks listen to calls of Indigenous folks and stand together, that’s when real learning and growth and change can happen. 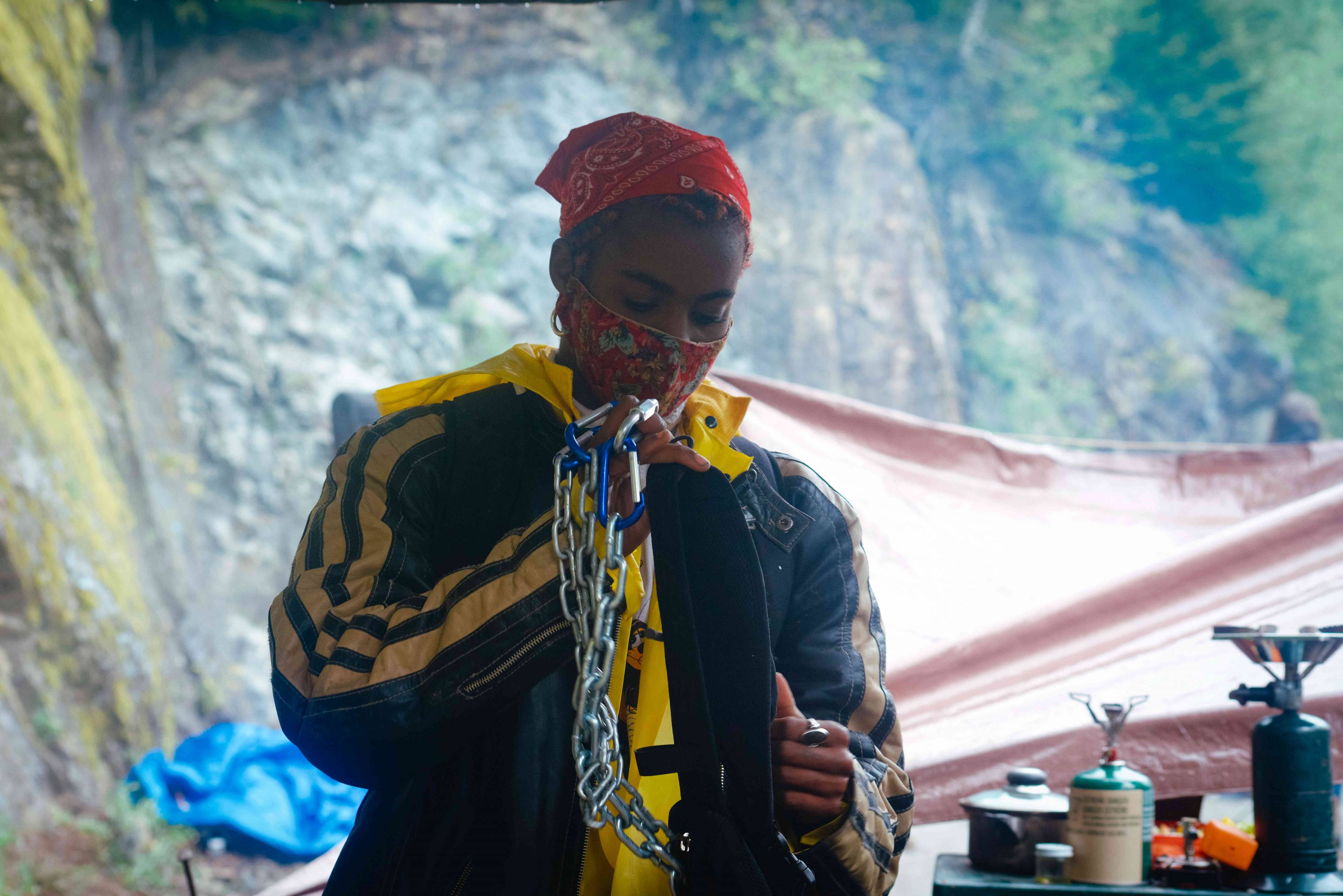 I think it’s important for us to be here because the fact that old growth is being logged at the moment is just one among countless examples of settler-colonial violence.

The fact that Indigenous Peoples’ lands have, first of all, been stolen from them, perpetually. It’s something that’s ongoing, and some people may say it’s covert but I think it’s very blatant violence. This is one more amplified demonstration of it because a lot of people can realize the importance of conserving old growth, protecting nature and preventing the impending eco-devastation.

My best hopes are that people realize the power that we hold collectively.