Reckoning with ugly history should be a part of Canada Day

Last Thursday, Canada celebrated its national holiday — or rather, it didn’t. In the last several weeks, the country has been braced by the “discovery” of mass graves near former residential schools. This caused many to call for the cancellation of this year’s July 1 celebrations, hence the trend of #CancelCanadaDay.

On Canada Day, many people wore orange rather than white and red. The orange shirt is associated with the National Day for Truth and Reconciliation (or Orange Shirt Day), which takes place on September 30, and comes from the story of a residential school survivor, Phyllis Jack Webstad, whose new orange shirt — a gift from her grandmother — was taken from her at a residential school.

Students aren’t taught about Dr. Bryce in school. I think they should be.

I must admit, when the news came out about the discovered bodies, the public reaction surprised me. I never expected that so many people didn’t know about the deaths in residential schools. I thought that in the years since residential schools had been more publicly talked about, taught about in schools, and so on, they had become common knowledge.

It’s not as though the information about these deaths was not out there.

Claims about the Kamloops burial grounds surfaced in a local newspaper, Kamloops This Week, back in 2008. Indigenous communities had talked about the burials going back much further.

In 1922, Dr. Peter Henderson Bryce, former chief medical officer of the Department of Indian Affairs, self-published a pamphlet titled The Story of a National Crime: Being an Appeal to Justice to the Indians of Canada. (This is not to be confused with A National Crime, a book by John S. Milloy, which discusses the same subject matter.) 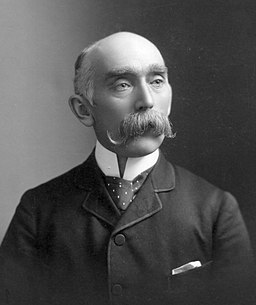 In it, he revealed that for nearly two decades, he had investigated the health conditions of residential schools and made recommendations to the Canadian government. In 1907, for instance, he examined 35 residential schools, finding that 24 per cent of their students were “known to be dead.” In one school, on File Hills Reserve, the rate was 75 per cent. Seventy-five per cent. Bryce charted seven courses of action the government should take in light of the death toll.

But the government didn’t do anything. Instead, Bryce’s funding was cut, the full report was never published, and he was pushed out of government.

Cindy Blackstock, an advocate for Indigenous children, has been trying to bring to light what Bryce did for years.

There is a lot of history we haven’t been taught about this country. You’ve probably heard of history teachers skipping over the “Indian” chapter because it “wasn’t interesting.” (Not to mention what was in those textbooks.)

A lot has improved. In grade 8, I read Indian Horse, a novel written by the late Richard Wagamese, about a residential school survivor’s experience. Last year I met a student from St. Paul’s Academy, a private Catholic boys’ school in Manitoba, who had learned more about residential schools in his education than anyone I have ever known.

But still, much needs to be improved. In secondary IV (or grade 10, for the non-Quebec folk), when I was briefly in the English Quebec school system, my history textbook had a single paragraph on residential schools. A single one. It was not a small book.

A time to recognize the good and the bad

On Thursday, I went to the Cancel Canada Day march in Montreal. It started at Parc Jeanne-Mance, at the foot of the mountain. People gathered at the statue of George-Étienne Cartier, where there were speeches, songs and drumming. Then the march made its way down to Place du Canada, where the statue of John A. Macdonald was torn down last year.

When the march was long gone, I talked to Jordan, a Mi’kmaw, who says his mother left Gesgapegiag when he was young. He grew up in Montreal. Because of his lack of exposure to his culture, he’s now trying to embrace it as much as he can. Jordan said he wasn’t actually trying to “cancel Canada Day,” but that it needed to be about something else. “It’s important to honour the children,” he said.

With Jordan was his friend Jules, a French Canadian raised Catholic. Jules remarked how he found it contradictory how the church behaved in a way that went against its teachings. “Tu aimeras ton prochain comme toi-même” (You will love your neighbour like yourself).

Jules also talked about the standards we hold historical figures accountable to, and how many claim those standards are unfair. But what happened with residential schools was always wrong according to Catholic values, and should never have happened, he argued. If the church had acted according to its own values, it would have condemned John A. Macdonald’s policies, rather than helped execute them.

I don’t think the general Canadian population recognizes just how important sovereignty is in the relations between Indigenous Peoples and Canada.

I also talked to Maria, who immigrated to Canada decades ago from Poland. She said she doesn’t believe we should “cancel Canada Day” either, and instead it should be an opportunity to reflect on the wrongs committed by this country. In her words, in order to make Canada a better country — one that lives up to the values it claims to have — we need to shine a light on its history.

“It’s important that we teach this in schools, who was responsible — the Catholic Church, the politicians — and that we change the way we portray these people,” she said. She also believes we need to recognize the problems that still exist, and face them.

Maria was eager to learn about Indigenous people when she arrived in Canada. But settlers had a very poor and limited understanding back then, she said. “Oh, there’s a few reserves, but there’s not much else to see otherwise,” she recalled being told. “You might see a few of them being drunk downtown.” She’s been able to learn a lot more in recent times, but she knows there’s still a lot she doesn’t know.

Look in the mirror

Of course, some resistance to #CancelCanadaDay should be expected. Erin O’Toole, leader of the Conservative Party, said those who wanted to “cancel Canada Day” were only a few fringe people, and that we shouldn’t be “tearing the country down.”

I’d like to think this country can be a welcoming home to people from all over the world, but just a few weeks ago, a family was killed for being Muslim. I’d like to think I can be grateful for our healthcare system, but last week, while working with Ricochet’s Christopher Curtis on a story, I got a glimpse into sides of it that aren’t so nice. I’d like to think we are a pacifist nation that doesn’t get involved in petty conflicts, but it seems like the only wars we didn’t get involved in were Vietnam and Iraq. I’d like to be proud of the fact that we don’t have a mass-shooting problem, but then, what kind of standard is that?

I want to say this specifically. Part of a reconciliation process is recognizing the sovereignty of Indigenous Peoples. I feel a certain resistance from the Canadian government when it comes to respecting this autonomy. I don’t think the general Canadian population recognizes just how important sovereignty is in the relations between Indigenous Peoples and Canada.

At the Cartier statue gathering, an Inuit woman said, “Quebecers and Canadians need to face themselves in the mirror. It’s your responsibility. I don’t say this to divide us. I say it so we can really come together.”

I’ll leave you with the last thing Maria told me before we parted: “C’est un beau pays. Il faut devenir encore plus beau.”

It’s a beautiful country. It needs to become even more so.

Joseph Valentin Dubois is a college student and climate activist of Prairie Cree heritage. He is working as a paid intern at Ricochet Media this summer.
As a top polluter, what is Canada’s responsibility to humanity?
The Dirty Dozen: ‘Carbon bombs’ threaten to blow up Canada’s climate commitments
I was raised in an Indigenous community — but even that doesn’t make me Indigenous