Canadians are angry, and the PPC stand to benefit

Our leaders have failed to respond to mounting frustration, opening the door for a demagogue like Maxime Bernier

For the four years of the Trump presidency, Canadian politicians pointed south to show just how much more civilized our politics were than those of our neighbours. They held up the genteel nature of the 2019 election as proof that we were immune to the worst impulses of the American electorate — that we were somehow above the anger that led to Trump. They were dead wrong.

When the people are struggling and crying out for change, ignore them at your own risk.

If we have learned anything from this election, it is that Canadians are angry. Angry about the high cost of living, angry about stagnant wages, angry about the lack of political will to address the problems working-class Canadians face, and angry about feeling ignored. That anger has coalesced behind Maxime Bernier and his suddenly rising People’s Party. While Justin Trudeau and the status quo frantically search for someone to blame, they need look no further than the mirror to see the culprits.

This anger that is burning through Canadian politics shouldn’t come as a surprise. It’s been smouldering under the surface waiting to ignite.

The day-to-day problems Canadians face have been completely swept under the rug by those in power. Rather than talking about how to bring immediate assistance to the majority of Canadians that are living paycheque to paycheque, our political debate is occupied by the phantom issues of abortion and guns, both all but settled and with Canadians in overwhelming agreement.

In a 2019 CBC poll, nearly half of Canadians said that no party represents them — a glaring indication they feel unheard. No matter how many times Trudeau says “we hear you” when up against political outrage, if he never changes his actions to address those concerns can he really say that he is listening?

Being unheard leads to frustration. Frustration leads to anger. Anger leads to discontent. So it’s no surprise that Bernier and the PPC are growing in popularity — they are listening. They are hearing what masses of Canadians are saying they need and they are proposing a different approach. That approach, rooted in right-wing populism, is regressive and dangerous, but it does speak to the needs of Canadians that have been cast aside by the political elite.

When the people are struggling and crying out for change, ignore them at your own risk.

Canadians are overwhelmingly in favour of left-wing populist policies. If our leaders truly hear Canadians, they’ll put these policies in place.

And ignore them we have. The economic situation for many people in Canada is dire. The pandemic made things worse. While there was some relief, in the form of CERB and other government programs, people don’t want to go back to the way things were before. They want a different set of rules moving forward and they will give a chance to anyone who represents that break from the status quo. Even, it seems, if that person is Maxime Bernier.

The problem with right-wing populism is that it invariably ignores the sentiments that led to its power and slides into something far more dangerous, like the January 6th Capitol Putsch.

The antidote to right-wing populism is left-wing populism. Listen to what the electorate are saying, their economic problems, their concerns about our society — and address them. Give them policies that will ease their pain.

Canadians are overwhelmingly in favour of left-wing populist policies. Basic income, a Green New Deal, wealth taxes, and expanded medicare all score off the charts in levels of support, across generational divides and across partisan lines. If our leaders truly hear Canadians, they’ll put these policies in place. They are the only thing that can save us from a future Prime Minister Bernier.

A veteran political strategist with 15 years experience in the U.S. and Canada, Joe Roberts currently serves as executive director of the Centre for Canadian Progress, managing director of Jewish Currents Magazine, and co-host of the political podcast New Left Radio. 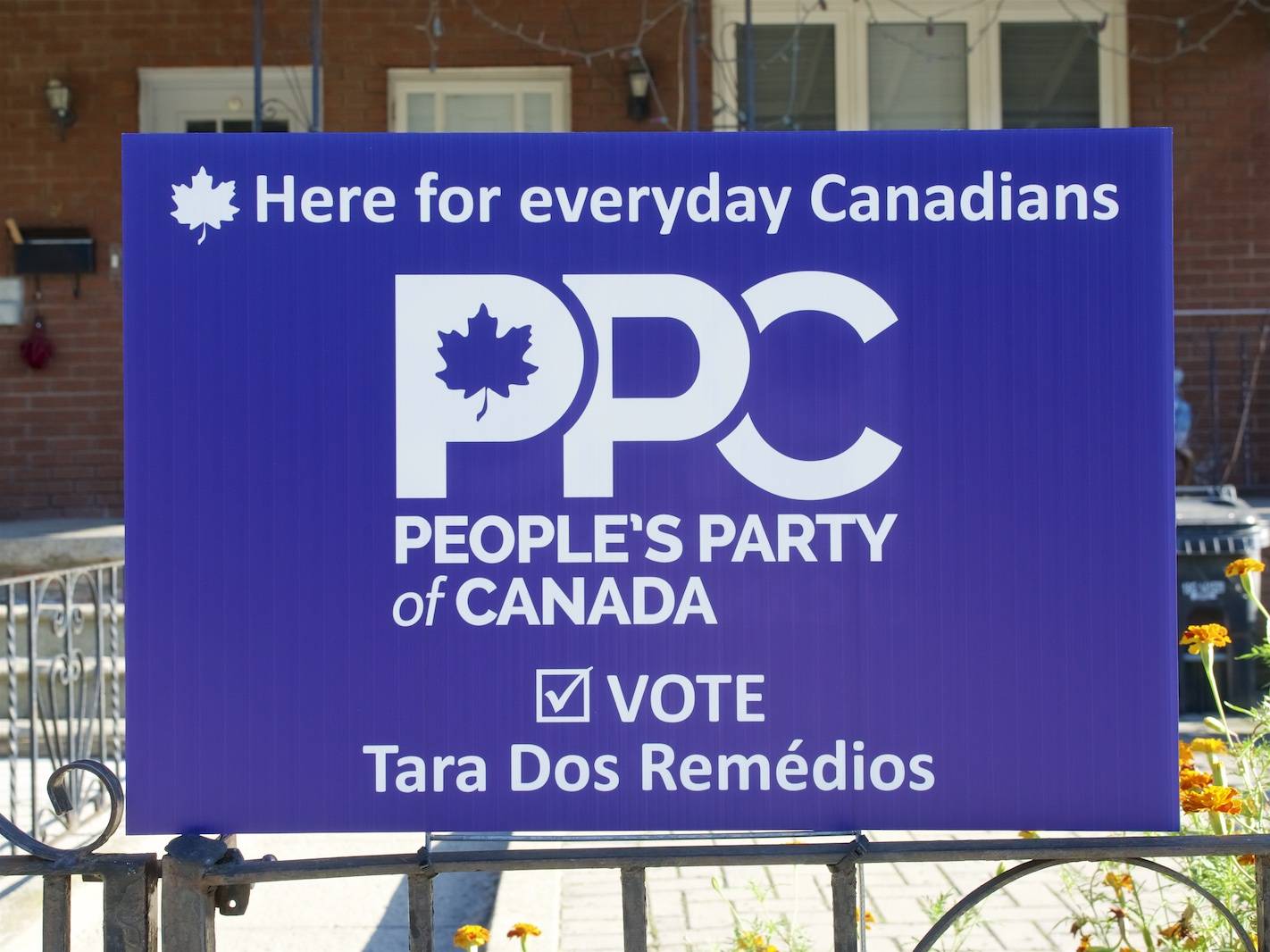 Campaign sign for the People's Party of Canada candidate in the riding of Toronto-Danforth
Francesco Mariani
As a top polluter, what is Canada’s responsibility to humanity?
The Dirty Dozen: ‘Carbon bombs’ threaten to blow up Canada’s climate commitments
I was raised in an Indigenous community — but even that doesn’t make me Indigenous