One step forward, two steps back as city struggles to address housing crisis

Kitty spent this Sunday morning preparing the feast as a snowstorm blotted out the streets of Montreal. But by the time she arrived in the laneway behind Mont-Royal metro, the sun pierced through the sky again.

For Inuit living in the dark corners of Montreal, Kitty’s cooking is that light piercing through the cracks. Every Sunday for five weeks, Kitty and dozens of other Inuit have gathered in a warming tent near the metro to enjoy a little taste of home.

“This is just going to displace homeless people back to the corners, back into the arms of the police, back to the metro station. It’s shortsighted.”

“It’s a blessing,” said Kitty, who hails from Nunavik, an Inuit territory that extends along Quebec’s northern coast. “Down here, in the south, you get these cravings, right? Like, this magic moment when you get a bite, you feel like you’re home.”

Per Inuit custom, the fish were cut into frozen pucks and strewn across a piece of cardboard next to the seal meat, a pot of seal meat stew, three knives and a sharpener to help carve into the ice-cold flesh. Before anyone digs in, they bow their heads in prayer. One elderly Inuit woman using a walker reached down for a piece and smiled as the blood-red seal meat melted in her mouth. Elders always eat first at these functions.

“It warms the belly,” she said. “It’s very nutritional, you know?” 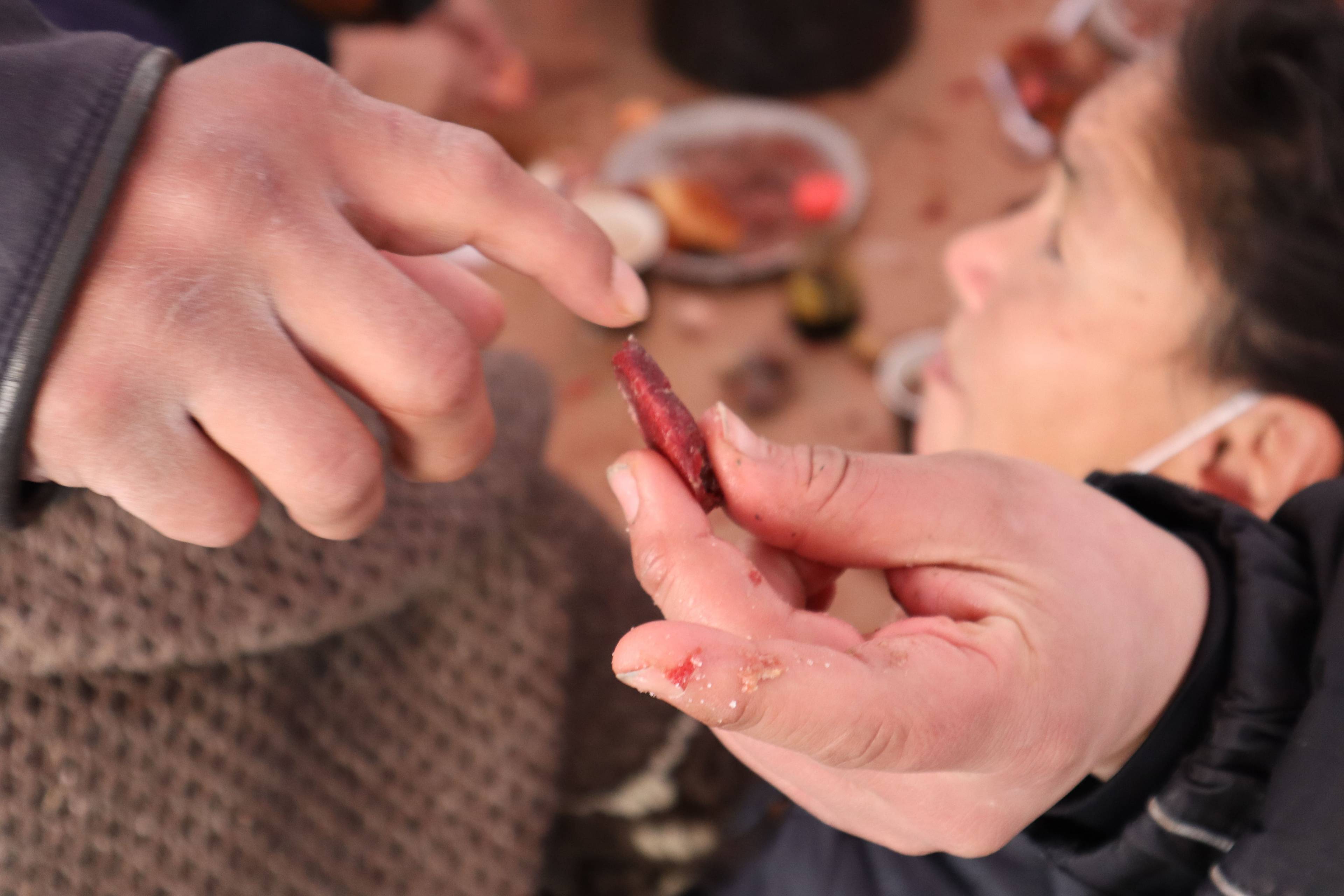 It was the final Sunday feast late last month at the warming tent — which was erected in January after two unhoused people froze to death in a 10-day period. Now, with at least three more weeks of winter, the Plateau-Mont-Royal borough is dismantling it.

A representative from the city says it was a mutual decision between the Plateau-Mont-Royal borough and the Indigenous Street Workers Program (ISWP). If it was — as the city claims — a mutual decision, ISWP worker Pierre Parent certainly seemed surprised.

“I found out last week that the city is removing the tent because of a series of complaints from neighbours who really don’t like our presence here,” said Parent. “This is just going to displace homeless people back to the corners, back into the arms of the police, back to the metro station. It’s shortsighted.”

Parent, who is Cree, helps diffuse tensions between unhoused people and residents of the borough. His group has also found apartments for 12 unhoused people in the past four months. Parent has been working the streets since being released from prison two years ago. To be of service to others is his guiding philosophy — not only because it’s a tenet of his sobriety but because it clearly brings him joy.

Compounding Parent’s rough couple of days, he was delivered another piece of bad news recently. He says the ISWP will lose most of its funding as well as the trailer it uses as a base of operations near Mont-Royal metro. When we met in the trailer in late February, it was stocked with first aid supplies, menstrual hygiene products, food, water and an assortment of necessities that make street life less miserable.

“It’s disappointing. We’re losing our office but also a safe space for people out here,” Parent said. “Basically, March 31 I’m out of a job. All of our workers are Indigenous and I don’t know about their future either. This is my life, this is something good. I have no idea what we’ll do come April.” 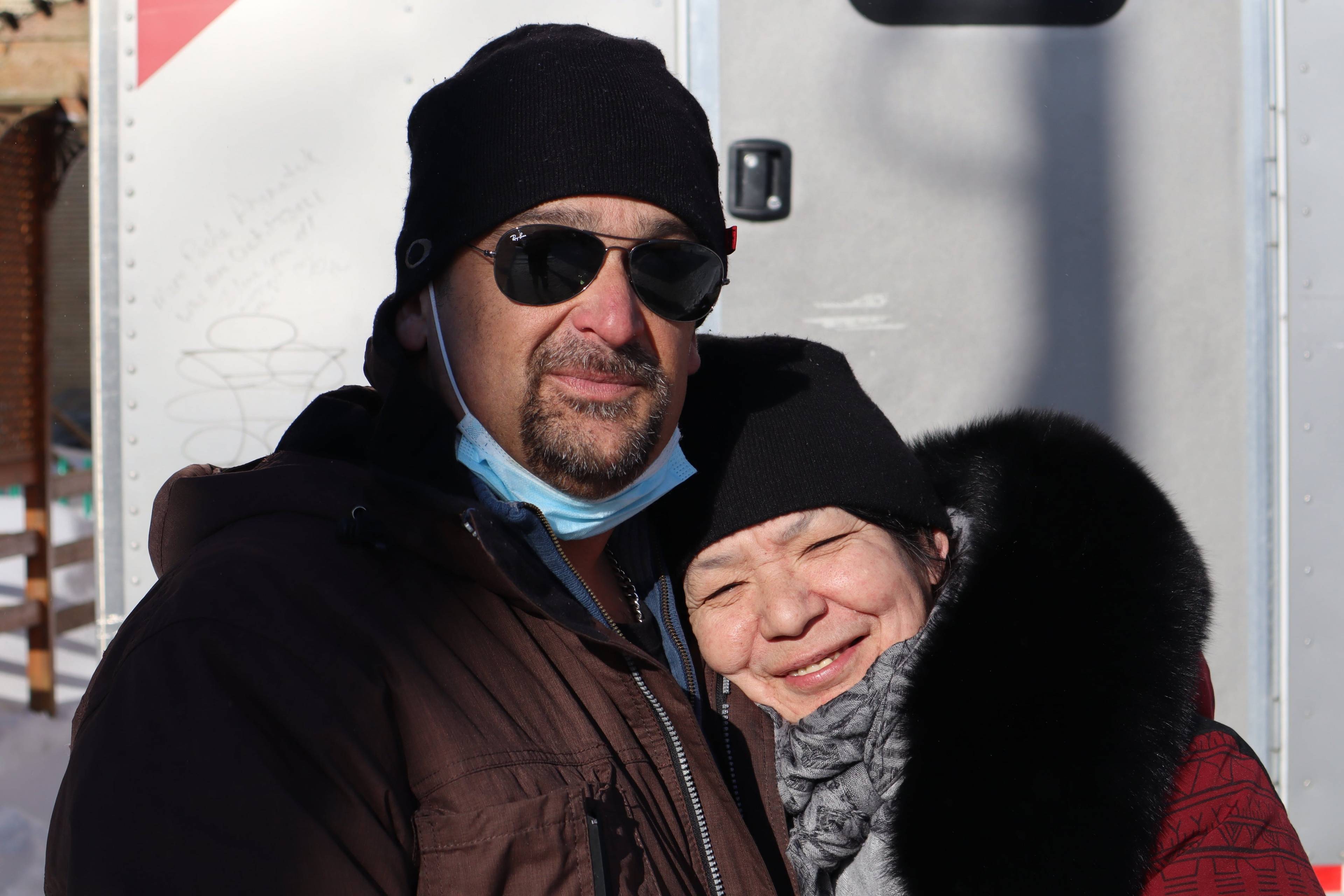 Indigenous people are way overrepresented on the streets of Montreal — accounting for less than 1 per cent of the city’s population but 12 per cent of those stuck living on the streets. Many who came from the North were pushed down here because of a housing crisis that’s lasted decades.

Late last fall, Elisapie Pootoogook was found dead in an unfinished condo after being kicked out of the metro on a cold night in late November. The Inuit woman had come south to be treated for meningitis but wound up on the streets. Last year in the winter, Raphael André, an Innu man, froze to death in a portable toilet because the shelter he frequented was dealing with an outbreak of COVID-19.

Another two people died on the streets during an intense cold snap in January. Paramedics found a 74-year-old man dead in a makeshift camp under an overpass in the west end on Jan. 10. Not two weeks later, a 64-year-old woman died outside the Berri-UQAM metro station ten blocks from the ISWP’s trailer.

So the city of Montreal worked with ISWP to erect a warming tent near Mont-Royal metro. The ISWP, which was launched thanks to a federal grant in 2018, paid for street workers to be on-site while the city financed the tent and heating costs.

Though the tent going down upset Parent and those who gather for Sunday feasts, Montreal has made progress on Indigenous homelessness. The city requisitioned two hotels late last year and converted one of them to emergency housing for 50 Indigenous people.

The hotel, which is run by Projet autochtones du Québec, opened its doors in February. Many of the people who eat Kitty’s caribou stew each week have counted on this shelter to keep them going through another brutal Montreal winter.

“In some ways it’s getting easier,” said Jimee Kopalie, an Inuit street worker with ISWP. “The new shelter is open 24 hours a day, seven days a week. It’s nice to know it's there.” 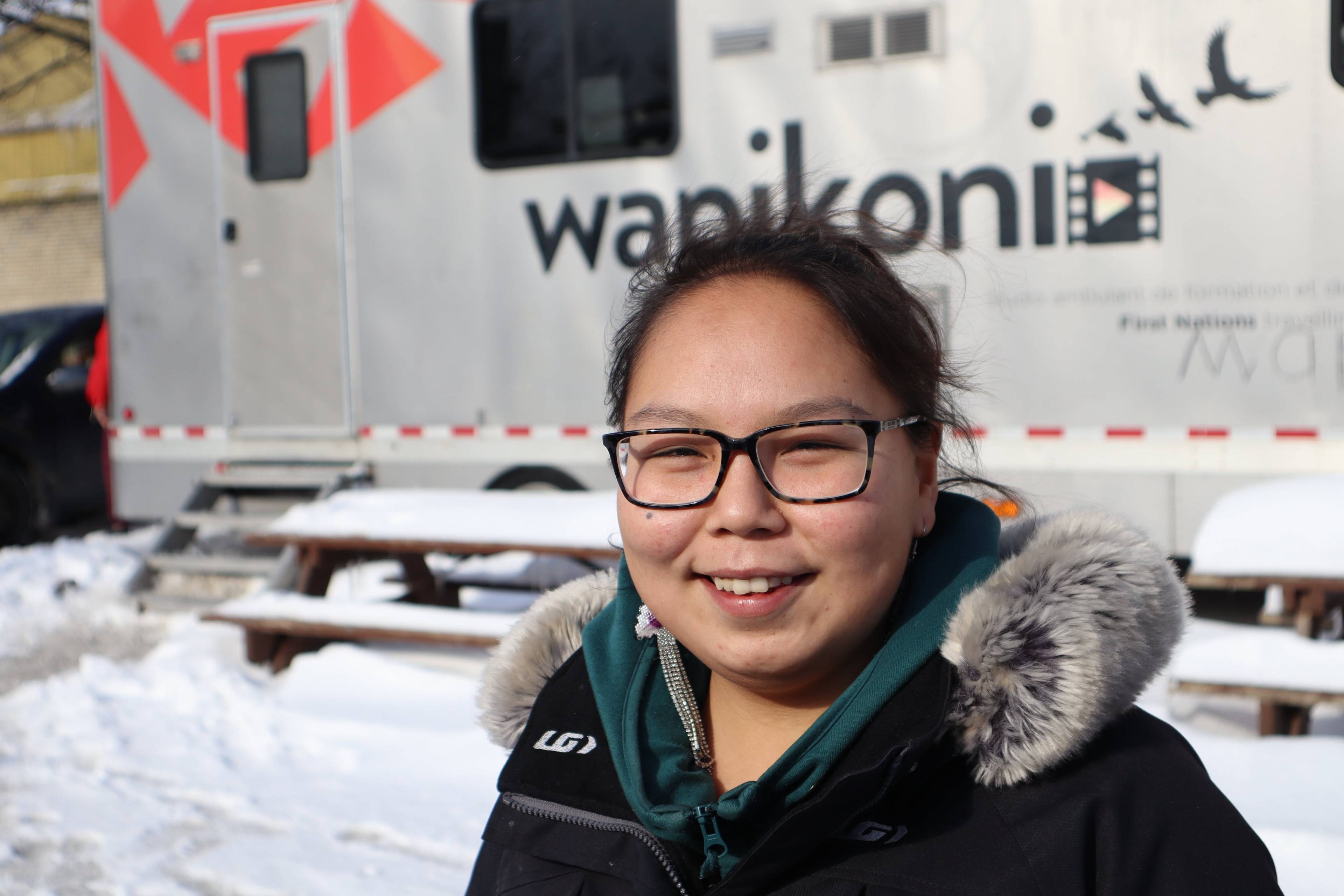 But there are also dark clouds on the horizon. Quebec recently cut funding to a homeless shelter in Montreal North by two-thirds even though the city’s homeless population has surged since the beginning of COVID. Since homelessness is a public health issue, most funding for programs and shelters comes from the province. And with a new budget expected later this month, sources say more cuts should be expected from Premier François Legault’s government.

The province has also announced it will be getting out of social housing, adding more pressure to Montreal’s depleted housing stock and spilling over onto the streets. No matter how you dice it, the crisis of unhoused Montrealers isn’t going anywhere.

Back at Kitty’s Sunday feast, people pass around what little is left of the seal meat. A woman they call “Grandma Mafia” hacks and carves at the bone, her fingers cold and red from the blood as she hands a piece to her friend.

“Seal meat is one of the only things I can’t really eat,” said Parent. “I’ve lived in the North, I’ve tried it with an open mind, but damn it's not like anything you’ve ever had.

“If you love it, this is a rare treat down here.”

Kitty said the taste reminds her of her home in the village of Kuujjuaq, a former Hudson Bay Company trading post at the mouth of the Kotsoak River. The children of Kuujjuaq grow up learning to track caribou and fish and navigate the river into Ungava Bay to hunt seal.

Most of what they eat comes from the land. That’s why they call seal, caribou and char “country food.”

“This is a blessing,” Kitty said. “I try to cook this with my heart because that’s who these people are. My heart. My family.”