As we approach our eighth anniversary, Ricochet Media has hired Andrea Houston as our first ever managing editor.

An early contributor to Ricochet, Andrea brings a wealth of experience in public interest journalism to this position. She has spent her career working at the intersection of journalism, activism, and politics. She’s been a staff reporter at a number of publications, including the Toronto Star, the Peterborough Examiner, Xtra — where her reporting played a crucial role in the passage of two pieces of human rights legislation — and also served as managing editor of Torontoist. At X University’s School of Journalism, she developed and continues to teach its first Queer Media course.

“I’m so excited to be joining Ricochet Media,” she says. “I’ve been reading Ricochet since it launched, and am delighted to now help it grow and continue to publish award-winning journalism that exposes injustices, changes lives and laws, and inspires people to action.” 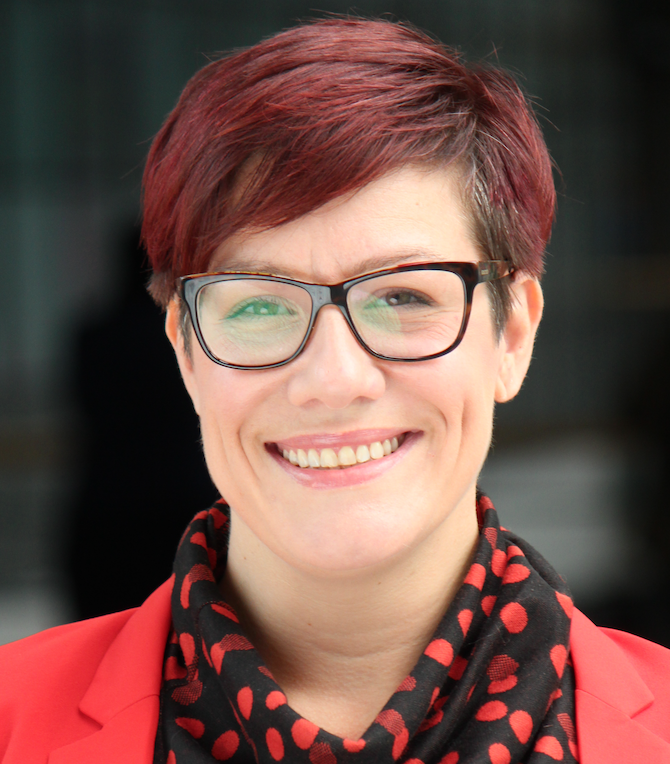 At Queen’s Park, she served as executive assistant to former MPP, and Ontario’s first LGBTQ critic, Cheri DiNovo, helping to craft and pass legislation that has made Ontario a safer and more accepting place for LGBTQ youth, sex workers, and other marginalized people. She also helped create the first LGBTQ-themed Heritage Minute, about pioneering gay activist and journalist Jim Egan. More recently, at Rainbow Railroad, Andrea was part of the team helping queer and trans people facing persecution in more than 70 countries around the world escape to freedom.

Andrea joins Ricochet in a period of growth, and as managing editor she will help us balance long-term investigative projects and our regular output of in-depth stories that add vital context to the pressing political and cultural issues in this era of intersecting crises. She will also help steer our strategic decisions, as we seek to fill gaps in Canada’s media landscape and collaborate with other independent, public interest outlets.

“I plan to build on Ricochet’s incredible work on police accountability and decolonization, as seen in its on-the-ground coverage of the Wet’suwet’en and Fairy Creek encampments,” Houston explains. “It has never been more important to have a strong and independent press that holds power to account, covers stories that the mainstream ignores, and helps inspire movements for change.”