Provincial police are investigating claims of fraud at the Kanesatake band council, after a forensic audit found that one former chief collected $469,000 of emergency COVID-19 funds over a 16-month period.

The audit, obtained by The Rover and Ricochet, uncovered what appears to be “attempts at camouflaging” how federal aid was spent at the height of the pandemic, including $1.2 million in salaries “not paid through the standard payroll system.”

The bulk of these payouts went to a handful of band council contractors, the head of Kanesatake’s health centre, and at least one former chief. All of them served on or worked with the Emergency Response Unit (ERU) — a task force charged with managing Kanesatake’s response to the pandemic. It appears that millions were moved using e-transfers and petty cash vouchers without having the expenses approved by council.

“I kept hearing that people on the ERU were paying themselves two and maybe three salaries but it was just a rumour. But then you have someone come up to you and tell you they were offered a second salary... So I started asking questions.”

Sources close to the investigation say the Sûreté du Québec’s financial crimes division took over the file one year ago. Police became involved at the behest of seven band members who had been looking into the emergency fund since the summer of 2020.

The ERU was created in April 2020 to deal with the health and economic impacts of COVID-19 in Kanesatake. Working under the supervision of former Kanesatake Health Centre director Joyce Bonspiel-Nelson, former vice-chief Patricia Meilleur, and former grand chief Serge Simon, the ERU managed $3.89 million in emergency aid from Ottawa.

Bonspiel-Nelson signed off on Meilleur’s bonus pay rather than having it approved by a quorum of chiefs. That’s a violation of band council policy. Bonspiel-Nelson took in $279,000 in pay for her role as clinical services director at the ERU while also collecting her salary as director of the health centre.

“I kept hearing that people on the ERU were paying themselves two and maybe three salaries but it was just a rumour,” said Kanesatake resident Jeremy Tomlinson, who has been investigating the ERU for two years. “But then you have someone come up to you and tell you they were offered a second salary. And you start hearing the same information from independent sources.

“So I started asking questions.”

Relief funds may have been selectively distributed

John Harding owns a tobacco shop in Kanesatake. When the pandemic hit, he shut it down to comply with Quebec’s COVID-19 rules.

“I heard there were monies distributed to shops in our sister community (Kahnawake) and I wondered why Kanesatake wasn’t getting any,” Harding said. “But then we found out there was relief money in Kanesatake. They didn’t put it out there publicly to ask businesses to apply. They just selected businesses and gave them money.”

Harding needed help but he wasn’t on good terms with the band council. A few months earlier, he was one of the hundreds of community members who blockaded Kanesatake in solidarity with land defenders being arrested during the crisis in Wet’suwet’en territory.

They were also supporting Mohawks in South Shore Kahnawake, where land defenders blocked a railroad that supplies Montreal. But Kanesatake’s grand chief at the time, Serge Simon, said the blockade should be lifted as a show of good faith. 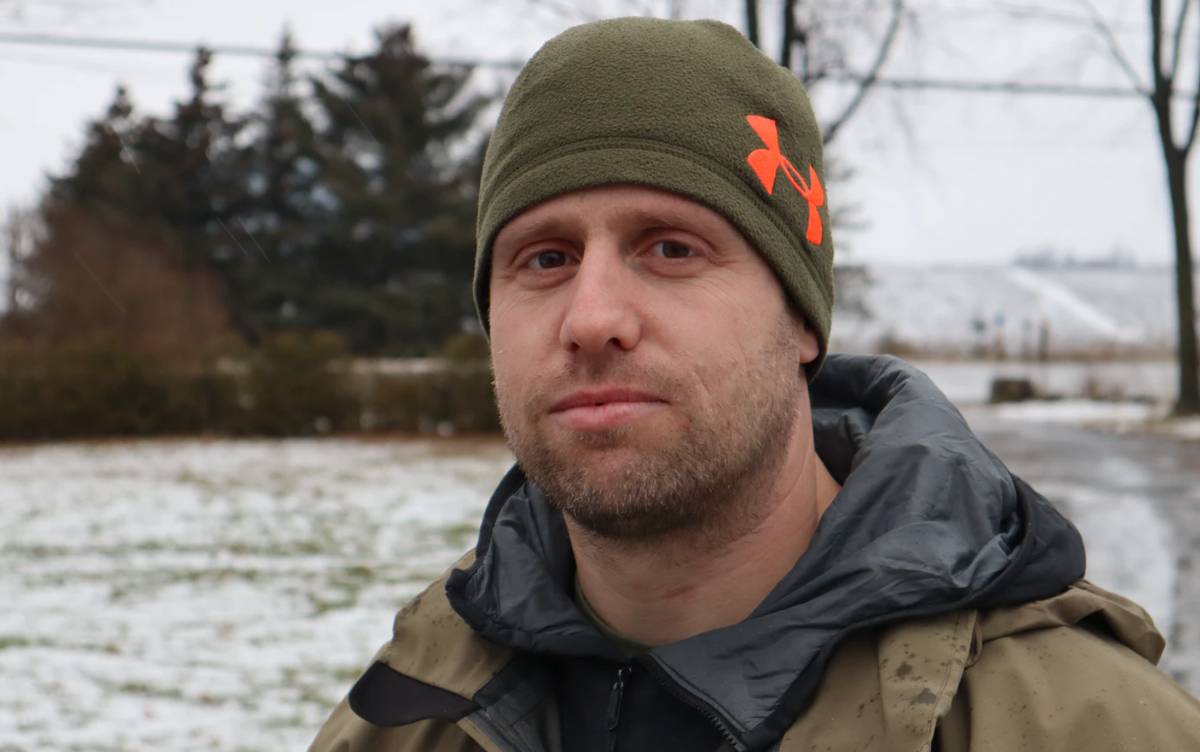 That caused Harding and others to padlock the band council’s doors on the morning of the Kanesatake blockade. So when his application for aid was rejected, he wondered if his clash with Grand Chief Simon was the reason.

“I’m assuming my application was denied because of the blockade,” Harding said. “You know, ‘You wanna be an asshole? You’re not getting any help.’ There were others, outspoken business owners, who were in my position as well.”

Harding and Tomlinson worked closely with former Kanesatake police chief Tracy Cross to push for information about the ERU’s finances.

Simon said he wouldn’t elaborate on the audit or its findings until they are made public at a community meeting Tuesday night. He insists he was unaware of the double salaries and did not approve them, and notes that the audit found no evidence that he took extra money from the ERU.

“I received nothing more than my chief’s pay” during the period covered by the audit, Simon told Ricochet. “They say I signed off on the ERU salaries (but) I did not.”

Meilleur and Bonspiel-Nelson did not respond to interview requests. It’s important to note that no criminal charges have been filed and that none of the audit’s findings have been tested in court.

Two years of searching for answers

Tuesday night’s meeting will be the first time that members of the ERU have to face questions from their community members. But Harding, Tomlinson and the others have been pushing for this since June of 2020, when they hand-delivered a list of questions to chief and council. The questions, part of a 17-page document, asked for accounting information that band members are entitled to see under the First Nations Financial Transparency Act and Kanesatake’s own electoral code.

“Most of the chiefs said, ‘Yes, we’ll take this on and answer your questions’ but pretty soon they ran into problems,” Harding said. “Eventually they got back to us and said, ‘We started looking into it but they blocked us. We seem to have issues where people are being paid double.’ In other words, people were receiving an ERU salary and a council salary.”

In fact, when one band council administrator asked for a list of ERU employees and their salaries, they received a lawyer’s letter informing them that answering these questions would be a violation of privacy law. That lawyer was paid with ERU funds, according to the audit.

“At the end of the day, when you ask straightforward accounting questions, you should get straightforward answers. There’s not 100 potential scenarios here, there’s either wrongdoing or incompetence.”

The group pushed back, using whatever legal means they could to obtain more information about the ERU. Among their findings was an entry in Quebec’s corporate database that found the ERU registered its head office at someone’s home rather than the band council or health centre. When they asked why a public service was listed as a private business, they were stonewalled.

“In a time where it was necessary for council to restrict liberties in the spirit of public health, chiefs and council were entrusted with a lot of power,” said Tomlinson. “You would think that means their sense of social responsibility and accountability would be at an even higher standard. But when we asked questions, we were met with slammed doors.

“At the end of the day, when you ask straightforward accounting questions, you should get straightforward answers. There’s not 100 potential scenarios here, there’s either wrongdoing or incompetence.”

Eight weeks after they delivered the 17-page document, the group still had no response from council. So they called a community meeting in the parking lot of their local high school, gathering over 100 people to vote on a motion of non-confidence concerning the leadership of Simon and Meilleur — the grand chief’s closest ally on council.

Though nothing came of the non-confidence vote, Simon began to face serious political opposition for the first time since his election as grand chief in 2011. During the summer of 2021, after an election campaign dominated by the question of COVID-19 funds, Simon and Meilleur were voted out. The newly elected grand chief, Victor Bonspille, was among those pressing for answers about the ERU. Tomlinson was also elected to council but soon resigned to take over as director of the Kanesatake Health Centre.

Shortly after assuming office, Bonspille requested an investigation by the SQ’s anti-fraud division. The newly elected council also approved a forensic audit of the ERU and health centre’s finances.

Bonspiel-Nelson was fired from the health centre last year. Meilleur stepped down from the ERU when she lost her bid for re-election.

Asked whether the ERU and health centre have their affairs in order, Tomlinson was hopeful.

“We don’t quite have a clean slate but it’s getting there,” Tomlinson said. “My goal, from the start, was to improve the standing of my community, to make sure there’s some level of accountability, that people can look to their elected officials and trust they’re doing their job honestly.

“It’s easy to say, ‘Oh, everything’s corrupt,’ but the fact is there were many people who refused to take that money and many who became whistleblowers. From the looks of it, a few people lined their pockets but many more stood up to them and said ‘enough is enough.’ ”

Ahead of Tuesday’s meeting, one source said he’s pressing the police to look further back into council finances, specifically at how emergency funding was used during the 2017 floods that swept through southern Quebec.

“Ultimately, there were some bad actors who acted in bad faith but I don’t think it’s representative of this community,” Harding said. “People here need to be able to trust their elected officials and I think we’re headed in the right direction.”