An Indigenous view on the death of Queen Elizabeth II

In our time of grief, our ancestral teachings tell us to mourn for our loved one for 10 days. The protocol according to Kaianera’kó:wa — The Great Law of Peace — is that other clans will take care of the grieving family’s needs for those 10 days. These clans will console, feed, listen, and tell stories of remembrance about the loved one who has passed so that the family may be comforted.

Members of the other clans say words of comfort about the life of the loved one on whom we can no longer rely. We will no longer hear their voice, see their face, or share laughter, love, meals, and special moments, both good and bad, together. This is not only our duty and obligation, but part of our traditional teachings that seek to build our resilience and strengthen our nations.

On September 8, we witnessed the passing of Queen Elizabeth II, followed by centuries-old protocols and ceremonies for the longest-reigning monarch, whose rule spanned 70 years. Throughout Mother Earth, many people expressed their emotions and paid tribute.

While many sing the praises of Queen Elizabeth II, those angry at the impacts of colonization by Crown entities have unleashed a troubling vitriol on various social media platforms, which has been painful to read.

We should recognize that this vitriol contradicts our ancestral teachings that peace is paramount to our nation and individual lives. This is especially important when another nation is grieving for the loss of their leader.

The purpose of my words is not to promote the monarchy, but to call for peace and respect, regardless of whether our treaty partner has strayed. As well, with respect due to all, I offer a gentle reminder that all life is precious.

We as Indigenous Peoples have every right to our anger considering the genocidal acts committed by Crown entities of Canada, the Commonwealth, and religious entities who penned and implemented racist papal bulls and much else.

However, as a nation with a treaty with Great Britain, the Rotinonhseshá:ka (also known as the Haudenosaunee) are to be respectful and compassionate and provide courage and strength to console grieving families and nations with whom we are treaty holders.

In spite of unspeakable acts by Crown entities throughout our historical relationship, which has tarnished the Silver Covenant Chain, a symbol of renewal to uphold the Two Row Wampum Treaty, we are taught to always be respectful — however challenging it may be. 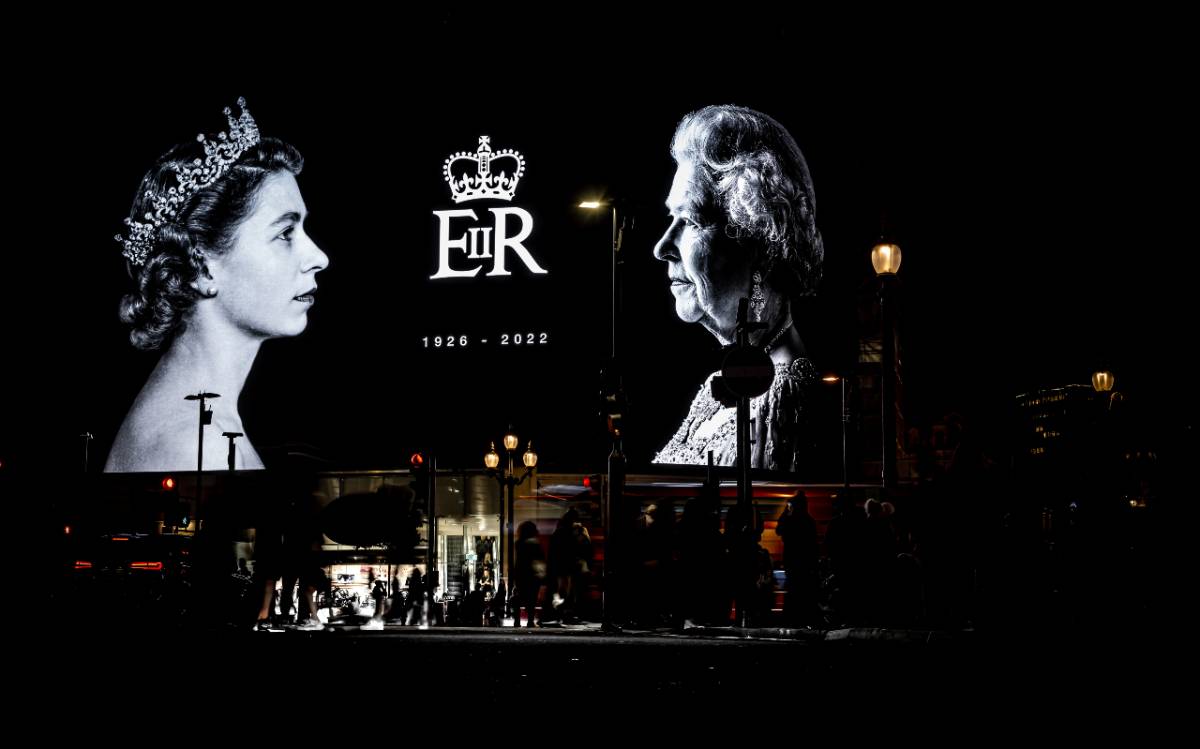 Queen Elizabeth II did not issue an apology to Indigenous Peoples, but in her own way, she attempted to extend a hand of reconciliation.
Depositphotos

Throughout our history, diplomacy was always sought, even if our treaty partner has lost their way.

Queen Elizabeth II did not issue an apology to Indigenous Peoples, but in her own way, she attempted to extend a hand of reconciliation. She was, after all, a constitutional monarch restricted by elected leaders of the Commonwealth. It was touching that one of her last acts as monarch was to extend condolences to the James Smith Cree Nation, which suffered heinous acts of violence they continue to deal with today.

We live in an increasingly complicated world dealing with a climate crisis, despots and warmongers; wars have persisted as part of our lives. We are a global society saturated with a wide array of information from social media platforms, information at our fingertips ranging from fact to opinion. It is a world more dangerous and impatient than ever before.

Therefore, the importance of leaving a legacy of hope and peace, of safety and well-being, of love, respect and strength is paramount to the next seven generations. We are all role models for younger generations, and the kind of actions we take today will impact those not yet born.

When a nation, a clan, a family falls, we must rise to be the pillars of their support. Our history is drenched in suffering from centuries of colonialism, but with it comes the inheritance of resilience of our spirits to continue to find a way to pass through the hate and dysfunction.

Loving resilience is what generations before gifted us, and we must now honour this gift. We must acknowledge the pain, move past the anger and become the strong nations of love and compassion for whom, we know, our ancestors practiced. It is through our resilience, our love for Mother Earth, and our love for all our relations that our traditional knowledge of our environment will help humanity through the climate crisis. And if allowed, resilience, love for Mother Earth, and relationships will be the beacons of peace and compassion this troubled world needs.

As a child, like my parents, I attended Indian Day Schools. My paternal grandmother attended Shingwauk Industrial Residential School. When I entered second grade, my primary school mates in Kanehsatà:ke and I were sent 17 kilometres away to an elementary school where we experienced various forms of racism from some teachers and students.

The start of each day we were told to sing “God Save the Queen” and “Oh Canada,” the words of which I still know today. As a child one does not think of the meaning of anthems, but as adults we realize the implications. In fact, I grew up during times when the older generation respected the monarchy, from Queen Victoria to Queen Elizabeth II, because a matrilineal society like the Rotinonhseshá:ka recognized that women are leaders.

I despise the genocidal acts committed through the residential school system. Indigenous people still grieve the loss of so many generations through centuries-old systemic racism. Healing from this takes time. However, there are still protocols and traditional teachings that guide us in these times of uncertainty and grief. These teachings set high standards for how to act in challenging times.

I respect Queen Elizabeth II for her work ethic, her dedication and devotion to her country; she was the epitome of a public servant, doing so without complaint, without malice, but with devotion and dedication. It is evident in the late queen’s legacy that she was loved by her country and the world over.

I thus convey my condolences to King Charles III and his family for the loss of their mother and grandmother, who was also an auntie and one of our treaty partners.

The Haudenosaunee are a nation whose constitution of peace and its promotion existed before Europeans arrived on our shores, and we have survived colonization. We have survived genocidal acts committed in order to dispossess us of our lands, our languages, and our governance. However, in spite of this oppression, we are taught, at least my generation was taught, that as Onkwehón:we (Indigenous) Peoples we must always show respect and compassion. I am speaking out to say that vitriol has no place in the kind of world we all want.

While Queen Elizabeth II may have missed the opportunity to issue an apology to Indigenous Peoples, perhaps her son, King Charles III, will do so and acknowledge that reconciliation is more than mere words, but an ongoing process. This would include reparations and restitution, respect and humility. All is possible.