Salmon is life: a lesson in Indigenous education

Indigenous knowledge should be a priority in Canada’s climate plans

While watching sockeye salmon leap into hand-held nets, Wet’suwet’en hereditary chief Na’Moks leaned in and said to me, above the sound of the roiling current, “the fish feed the people, the bears, the trees and the air. The salmon are life.” That’s it. Then he turned and kept watching the fish leaping through the churn of blue-green water.

I was standing on the jagged rock formation at Witsët Canyon during a recent visit to the territory as his guest. And it was one the most important pieces of information I received from him.

Far too often, non-Indigenous people dismiss Indigenous knowledge as simplistic rather than as a deeply relevant scientific commentary on our present environmental reality and relationships.

Indigenous knowledge is chronically undervalued in Canada’s media, academic and scientific landscapes, and the loss of that knowledge is damaging our capacity to hear things that shape the collective future of this country.

The discrediting of First Nations, Métis, and Inuit world views and epistemologies has been a pretense of colonial and racial biases in this country for hundreds of years. The dismissal of the substance, packaging, and delivery of information that does not come in the written form with evidentiary data points, relevant factoids, and stamps of approval from academic institutions, harms our capacity to hear things we urgently need to hear.

Wet’suwet’en hereditary chief Na’Moks pointing to the Skeena watershed in northwest B.C. where it meets the Bulkley river. The watershed is part of the Wedzin Kwa (the Wet’suwet’en name for both the Bulkley and Morice Rivers).
Sidney Coles

Indigenous knowledge is steeped in oral tradition. Kernels of invaluable information are imparted through stories whose relevance operates on individual, communal and generational scales. Speaking about his relationship to water during his address at the Peace and Unity Summit in July of this year, Reuben George of Tseil-Wauthuth Nation said “We learned to have a reciprocal relationship of spirit and the water [in Burrard Inlet]. As Tsleil-Waututhin, that’s our mother, that’s our first grandmother.”

All too often, these stories are retold in non-Indigenous circles as simple anecdotes, quaint tidbits about “spiritual” interconnectedness that speaks to a nostalgic and sentimental past rather than to truths about our present and evolving world.

In 2021, renowned Canadian environmentalist David Suzuki wrote “in many ways, Indigenous knowledge is more encompassing and profound than science. It embraces gratitude, love, respect, and a deep sense of responsibility.” Let me give you an example.

Chief Na’Moks spent many summers as a child at the North Pacific cannery in Prince Rupert. Each June his family took what was then colloquially called the free “Indian train” from Telkwa to the coastal town where his dad spent months fishing on the ocean, and his mum processed and packaged the day’s catch in the cannery. For many years, Na’Moks himself earned his living as a commercial fisherman. Everything he says is steeped in meaning. It’s never just a sound bite. 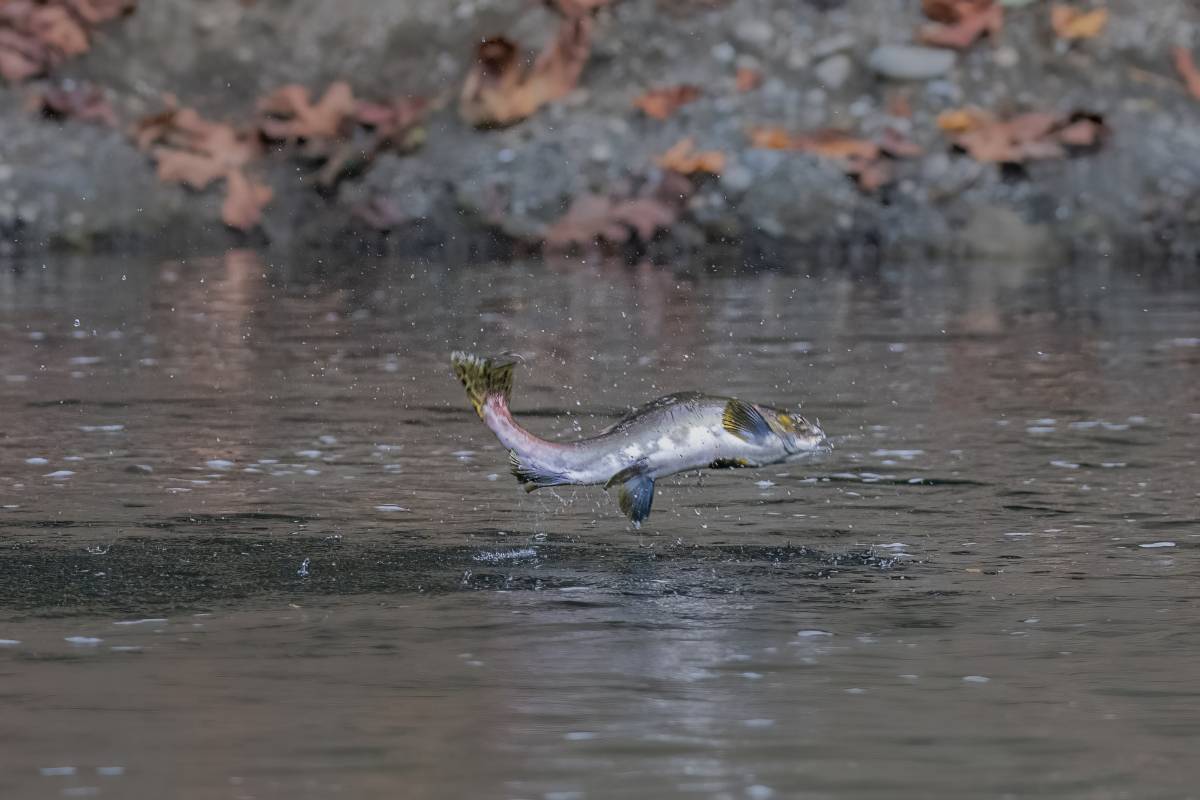 Salmon leaping as it makes it way up the Quinsam River.
Michelle Savery

Here’s what I mean and why it matters.

I’ll begin with the fish. The name “salmon” refers to multiple species of fish in the Salmonidae family. In B.C. specifically, it refers to five species — the coho, pink, chum, Chinook and sockeye. Sockeye are best known for their rich orange-pink meat are a favourite of sushi lovers around the world. Of these species, Chinook, otherwise known as “King” salmon are the rarest. Because they are also the biggest, they are the species of choice for coastal orca whales who require up to 350 pounds of fish daily to survive.

According to researchers at the Suzuki Foundation, the endangered Southern Resident Community of Orcas killer whale pod in B.C. typically consumes 1,400 pounds of Chinook salmon every day. These endangered whales have been in marked decline for years as they face, among other human-caused challenges to their survival, the limited availability of the Chinook salmon.

Pacific salmon are anadromous, which means they are born in freshwater streams then migrate to the ocean where they spend most of their lives before returning to the same freshwater stream in which they were born to spawn (reproduce). Pacific salmon are also semelparous, meaning they die after they reproduce, becoming an important food source for other life forms in B.C.’s coastal and inland ecosystems.

Phosphorous cycling: from ocean to river to land to air

When salmon are consumed by orcas, kingfishers, seagulls and other seabirds in and near the ocean, their decomposing carcases and presence in their predator’s excretive bio matter is critical for the growth of plankton and algae. Both plankton and algae increase oxygen levels in the water at surface level. The National Ocean Service in the U.S. estimates that at least half of the Earth's oxygen, derived from photosynthetic activity comes from the ocean. In fact, they say, 80 to 90 per cent of photosynthetic activity on Earth happens in the ocean.

We don’t often consider the connection between salmon, orcas and atmospheric oxygen, but Indigenous wisdom does. 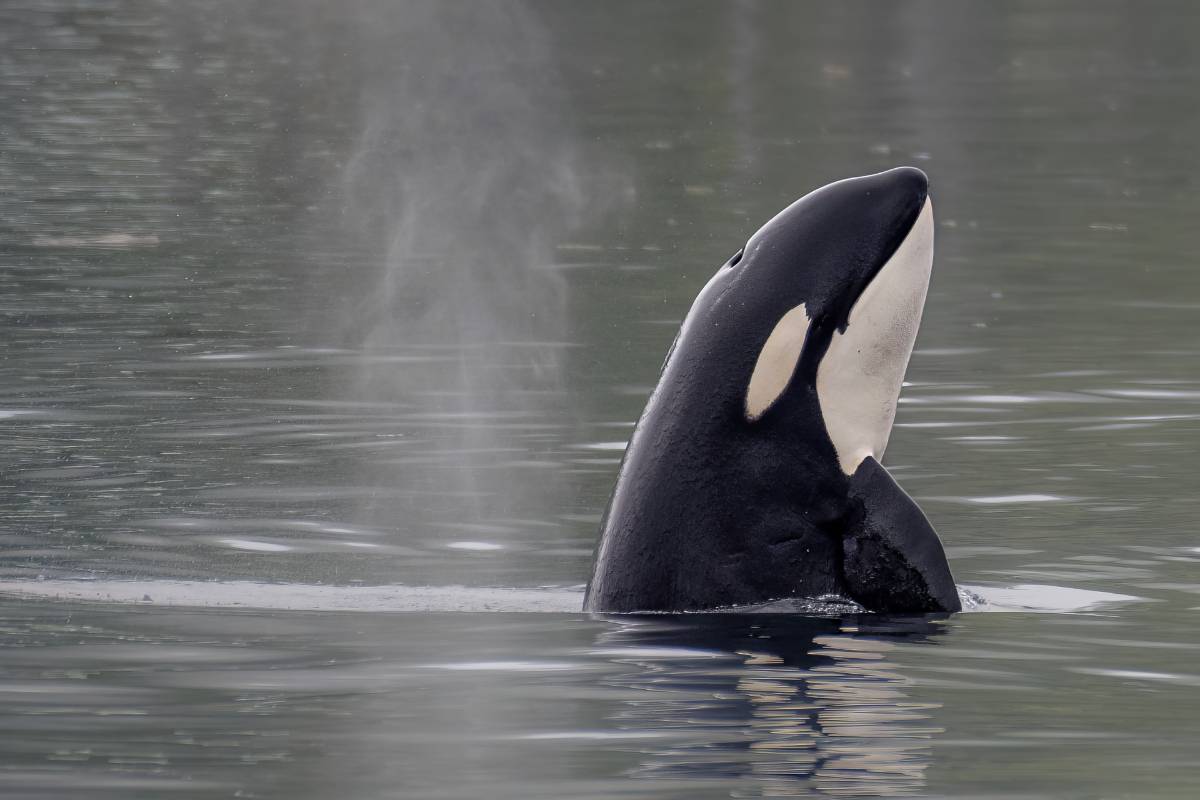 “The salmon feed the trees…”

Salmon also become part of a cycle of interlinked nitrogen and phosphorous transfer cycles that are essential to the health of ecosystems inland.

Bear and other animals, like wolves and river otter, carry salmon inland from where they catch them along streams and rivers. Again, through decomposition and predator excrement, the nutrients in the fish are taken up through soil into nearby plants and trees where they play a key role in root development. Phosphorous, a by-product of decomposition, is also one of the most difficult micronutrients for plants to obtain.

Ecologist and author of The Mother Tree, Suzanne Simard revealed, through decades of pain-staking study of the ways that trees chemically “talk to one another,” that carbon, water, and nutrients can pass from tree to tree through underground networks of fungi. “Seedlings,” she writes, “will link into the network of the old trees and benefit from that huge uptake resource capacity. And the old trees will also pass a little bit of carbon and nutrients and water to the little seedlings, at crucial times in their lives, that actually help them survive.”

One of these crucial micronutrients is phosphorous. And one of the crucial sources of phosphorous for trees in forests in B.C. is salmon.

Photosynthesis is the process by which carbon dioxide is taken in by plants, and, through enzymatic reactions, is returned into the atmosphere in the form of oxygen. When we consider these land and water cycles more closely, we see the importance of salmon and their place at the centre of an expansive web of energy transfer, habitat connectivity and inter-species dependency.

Everything is interconnected and everything is related — the earth, the water, the air. Chief Na’Mok’s simple sentence tells us as much. Defending these relationships is, in his words, why he is Chief. “If you’re not defending the air, the land, the water and the people, you’re not doing your job.”

A record hot, dry fall in B.C. caused mass die-offs of salmon in watersheds across the province where low water levels make it impossible for salmon to return to their spawning grounds.

Hanging salmon to dry in the smokehouse.
Sidney Coles

Images of thousands of dead salmon in Bella Bella circulating in the media have caused environmental outrage and despair for the future. An accelerating pattern of species decline has impacted Indigenous people’s food security to the point where sockeye can no longer be relied upon to feed some communities. Twelve of the 13 Chinook salmon populations in the Fraser River are considered at-risk due to habitat destruction, overfishing, and warming waters related to climate change.

The fishing weir at Witsët Canyon (formerly known as Moricetown) where I stood with Na’Moks has been an important source of food security for Indigenous peoples on the territory for millennia. The Morice Lake sockeye CU is the largest population in the Bulkley watershed, and the Wet’suwet’en have fished them at this site for 6,000 years.

Construction has never been permitted on the outcropping on its west bank in honour of the “10,000 warriors” said to have died there protecting this important source of food for communities and families. A 2021 Office of the Wet’suwet’en Fisheries report on how to rebuild local salmon populations states that “the community has been unable to secure sockeye food requirements for more than two decades.”

Just upriver, the Skeena watershed comprising of its tributaries, the Babine, Bulkley, and Kispiox rivers has been identified by ecologist Michael Price, Science Director at Skeena Wild as a source of real concern for a salmon population in decline. “Historically, sockeye in large abundances went to every corner of the watershed, but now those abundances have really contracted,” warns Price. 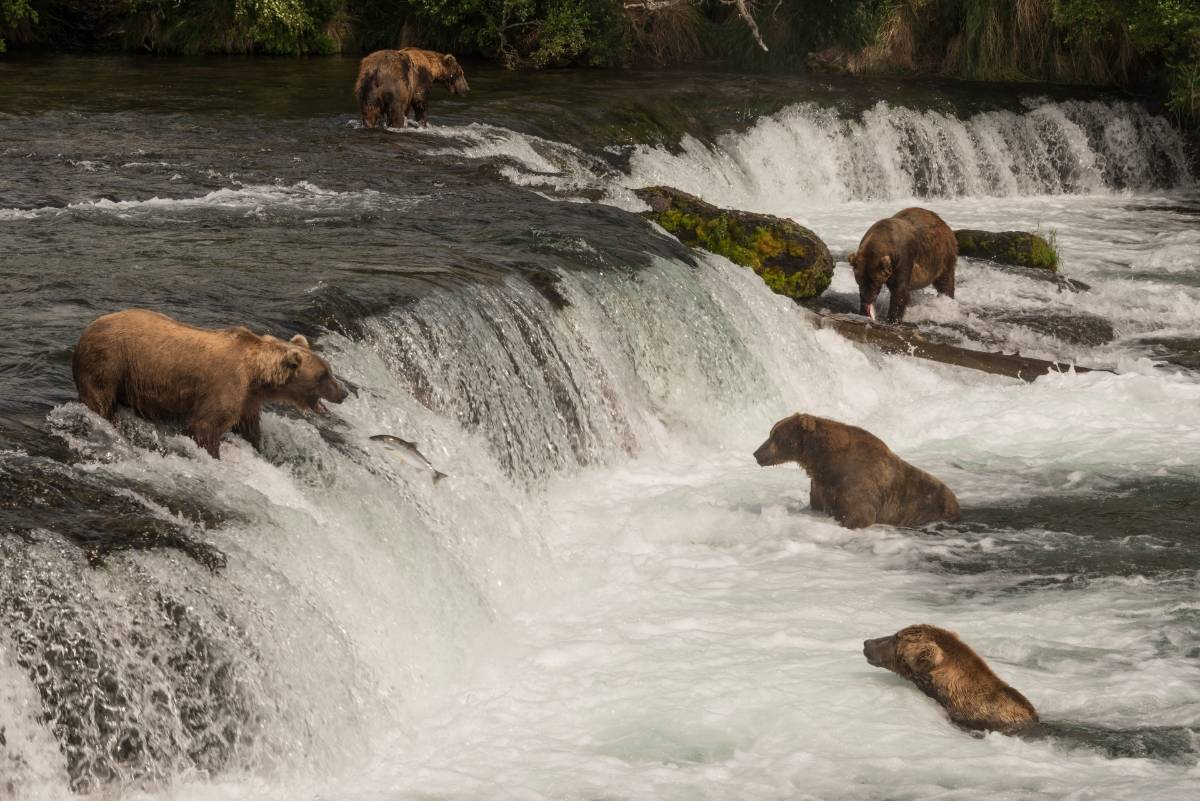 Bears fishing for salmon in a river.
nicholas_dale via Depositphotos

TC Energy’s Coastal GasLinks Pipeline, which cuts through 167 km of unceded Wet’suwe’ten territory on its way to its terminus in Kitimat has created tremendous disruptions to plant, animal and water life through the construction of roads, man camps and its now active drill pad under the waters of the Wedzin Kwa (Morice River). The pipeline poses a direct threat to the salmon, to habitat connectivity and the interdependencies that Na’Moks was referring to when he said the salmon feed the bear, the fish, the people, the trees and the air.

We hear from scientists that salmon are a “keystone species,” meaning they are an organism that helps to define an entire ecosystem. But this definition is far removed from a deeper understanding of our interrelatedness and our responsibility to all of those relationships. It’s a scientifically complex web but it’s also a simple one that has been understood, shared and safeguarded for millennia by Indigenous peoples in B.C. It’s way past time we recognize the wisdom of their stories about interrelatedness and join them in the fight to protect the salmon.

“The salmon are life.”