‘Learn to live with the virus,’ universities are telling teachers

Even as COVID numbers rise, immunocompromised instructors are being strong-armed back into classrooms across Quebec

Allen had just gotten over a mild case of COVID-19 when the symptoms hit.

“Everything started to implode. I couldn’t stand up. Couldn’t walk. Being out in the heat, my heart rate skyrocketed to 140, 150 beats per minute,” Allen said. “I’m an endurance athlete, it isn’t normal that I would walk up the stairs and feel like I might pass out.”

Allen’s doctor diagnosed him with Long COVID, a form of the virus that leaves lingering problems like heart palpitations, sleeplessness and difficulty remembering things. Since Allen works as a teacher at Concordia University, he figured the school could make an accommodation and allow him to teach his course online.

“I didn’t see myself being able to teach how I usually teach,” said Allen, who asked that his real name not be published for fear of professional reprisals. “I didn’t see myself moving around the classroom, being dynamic. So I had my doctor fill out a form provided by the university and that’s where the trouble started. My doctor said ‘Look, I don’t even know how to fill this out. It’s confusing, there’s conflicting elements to it.’

“So I submitted the form and it was rejected. No explanation given. It’s been a brutal semester. I actually took out life insurance so that if anything happens to me, my family will have some breathing room.”

At the beginning of the fall semester, 18 Concordia instructors applied for a medical exemption to teach remotely but only four were approved. The university denied seven applications and another seven are pending, according to documents obtained by Ricochet. Those numbers may have changed over the past three months but both Concordia and the unions representing faculty say that information is confidential.

“They told me, ‘Well, the government says we have to learn to live with this.’ Which seemed odd. My vice rector told me the pressure is coming from the CAQ, they want those classrooms filled up no matter what.”

Zeynep Arsel is a Concordia research chair with an autoimmune disease and asthma. She says that, just like in Allen’s case, her doctor didn’t know how to fill out the accommodation form. And just like Allen, she was declined two days before the start of classes this semester.

“One of my colleagues takes a drug for lupus that shuts down their immune system. They were also denied,” said Arsel, a research chair in consumption, markets and society. “You can’t apply if you have a chronic disease or if your illness is Covid-related. And they make the application process needlessly difficult.”

To Arsel’s point, the four-page application comes with a warning that “chronic but stable” disease and “Covid-based criteria” won't be considered for an exemption. It states that a person has to have an “active medical condition that would otherwise render them unable to work.” In other words, at a time where Quebec is still seeing thousands of new COVID-19 cases every week, the risk it may pose to an immunocompromised professor is irrelevant to the university.

But this isn’t limited to Concordia.

Professors at three other Quebec universities said they’ve either had their claim rejected outright or were dragged through a lengthy appeals process that coerced workers into divulging personal medical information. One prof applied for an exemption so he could care for his elderly mother as she went through surgery. His claim was rejected.

Sources at three different teachers’ unions say the Coalition Avenir Québec government is pressuring schools to have as many bodies in classrooms as possible, even if it means putting teachers at risk. The government flatly denies this.

“Questions involving employee employer relationships are entirely under the university’s jurisdiction,” said Esther Chouinard, a spokesperson for the Ministry of Education. One professor says he thinks it isn’t government pressure so much as the universities themselves wanting to regain some sense of normalcy.

“International students (who pay a far higher rate than Quebecers) do not want to pay full tuition for zoom classes,” said the prof. “Also (the universities) don’t want to deal with special accommodations on a case by case basis.”

Another professor — who we’ll call Alice — says her employer told her she needed to “learn to live with the virus” after a ruling on her application was delayed. The COVID-19 vaccine doesn’t have any effect on Alice since she has an autoimmune disease. Instead, she’s given regular injections to boost her antibodies. But at first, that wasn’t reason enough for Alice to continue working from home.

“They told me, ‘Well, the government says we have to learn to live with this.’ Which seemed odd,” said Alice, who did not want her name or the university she works for published for fear of losing her job. “My vice rector told me the pressure is coming from the CAQ, they want those classrooms filled up no matter what.” 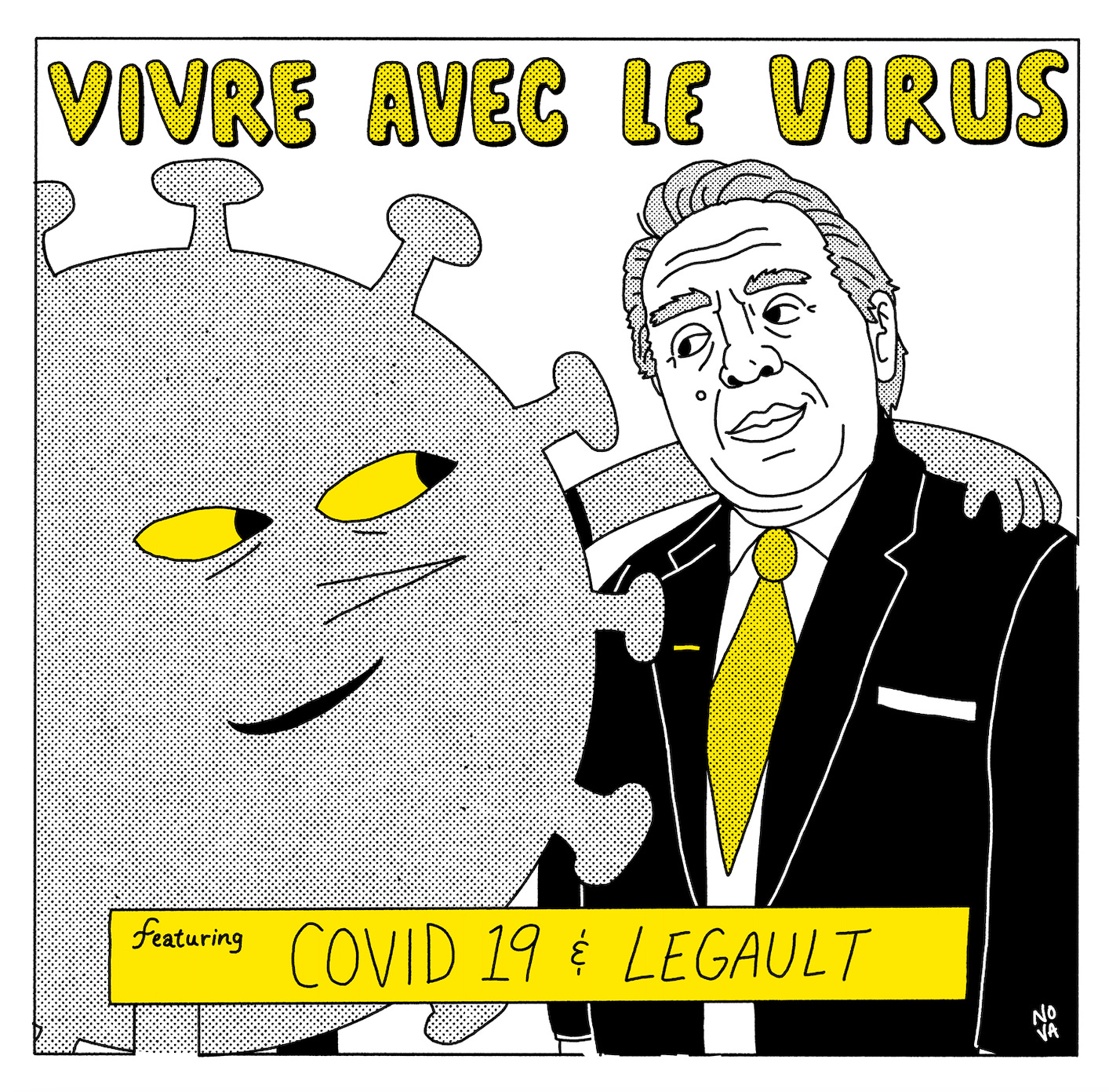 Unlike last year, there are no longer mask mandates in place as well as other measures that might mitigate the risk of contracting COVID-19 on the job. Universities provide mask dispensers and hand sanitizer in all their buildings but using them is optional.

After her application was denied, Arsel says she decided to stop fighting.

“I gave up. I’m not going to die for this job and I know the university’s mind is made up,” Arsel said. “Luckily my department head was able to replace me and I could just do my research this semester, but I want to teach again. So I’m applying for the accommodation and it feels even worse than the last time.”

Arsel says she tried to get an application form from Concordia’s human resources department but hasn’t heard back from them in nearly two weeks. The deadline is today. While waiting for a reply, Arsel and her colleagues received an email from a Concordia administrator giving staff 10 days to fill out the exemption forms or face disciplinary action.

“I was planning on sending an email at 5pm tomorrow to put it on the record that I did not receive application forms or instructions,” said Arsel, who has been at Concordia for 15 years. “I also feel, thinking cruelty might be their whole point in this process, they might send me an answer at 4:55 on the day of the deadline. This is what I now expect from them.”

Concordia’s media relations department declined a request for an interview. In an email statement, the university said it “tries to process applications as quickly as possible.” When the application comes in, human resources reviews them with the help of an outside doctor. It states.

“Our members know that they can come directly to us for support and to resolve any issues they have with the employer. We support our members and advocate for their health and well-being at all times. We meet regularly with Concordia administration and raise health and safety issues whenever they arise.”

For Allen, who says teaching is his life, this semester has been exhausting.

“When I have the energy, I record my lectures at home, send it to my students and then I hobble into class to answer whatever questions they have,” Allen said. “It’s left a bad taste in my mouth, that this institution wouldn’t do right by the people who care the most about it. I would hope that the university would want teachers to teach at their best. I know what good teaching is and this isn’t it.”

The health risks he faces at work have pushed Allen to look for work outside Quebec.

“I love it here, I love this city and this province but I have my family’s well-being to think about.”

This article was produced through The Rover, Christopher Curtis’s investigative journalism project with Ricochet.

The illustration by Amanda Di Genova first appeared with this article in The Rover.