‘Extraction is colonization in action’

Canada desperately needs a windfall tax on oil and gas companies. What will it take for this government to stop choosing fossil fuels over the lives of billions of people?

When it comes to all aspects of the climate file, Canadians are being lied to by our politicians.

Canada is not the global climate leader inspiring the shift to a new green economy. It is the villain, refusing to stop the country’s extractive industries from driving the world toward extinction — companies that have known the truth about fossil fuels since the 1970s and spent a fortune on lobbying and disinformation campaigns to deliberately deny and discredit the science to keep the billions rolling in as long as possible.

A windfall tax would divert at least some of their massive profits to mitigate the inevitable horrors that are already unfolding for so many, and just around the corner for many more.

Canada is doing the exact opposite of what it should be doing. It is determined to be the last country producing fossil fuels, a clear decision to choose corporate profits over human lives and the health of our environment.

We urgently need to phase out the entire extractive industry – but a windfall tax on their profits seems like a good place to start.

This should really be a no-brainer. According to a 2021 study, 87 per cent of Canadians want to see a tax on corporations' excessive profits made during the pandemic. Few policy ideas are ever that popular.

Fossil fuel producers and their financial backers are “racing to expand production, knowing full well that their business model is inconsistent with human survival.”

In his address to the World Economic Forum, in Davos, Switzerland this week he accused fossil fuel producers and their financial backers of “racing to expand production, knowing full well that their business model is inconsistent with human survival.”

“I am calling on all developed economies to tax the windfall profits of fossil fuel companies. Those funds should be re-directed in two ways: to countries suffering loss and damage caused by the climate crisis, and to people struggling with rising food and energy prices,” he said at the UN headquarters in New York last year.

“The fossil fuel industry is feasting on hundreds of billions of dollars in subsidies and windfall profits while household budgets shrink and our planet burns.”

A crime against humanity

Pressure is now mounting on the Canadian government to immediately halt all subsidies (can we at least stop funding them?!) and impose a windfall tax on oil and gas companies. It is clear that both the government and industry are operating in a way that is criminally irresponsible.

“Oil and gas companies globally are making record profits because of price gouging at the pumps, and profiteering off the war in Ukraine,” said Katie Ryan-Perfitt, an organizer with 350 Canada, who helped deliver a petition to the prime minister’s office in December calling for a new windfall tax on oil and gas.

“The European Union has a windfall tax specifically on oil and gas companies recognizing their extreme profits, with the tax revenue being put back into the public towards things like a just transition and supporting people dealing with the rising cost of living,” she added. 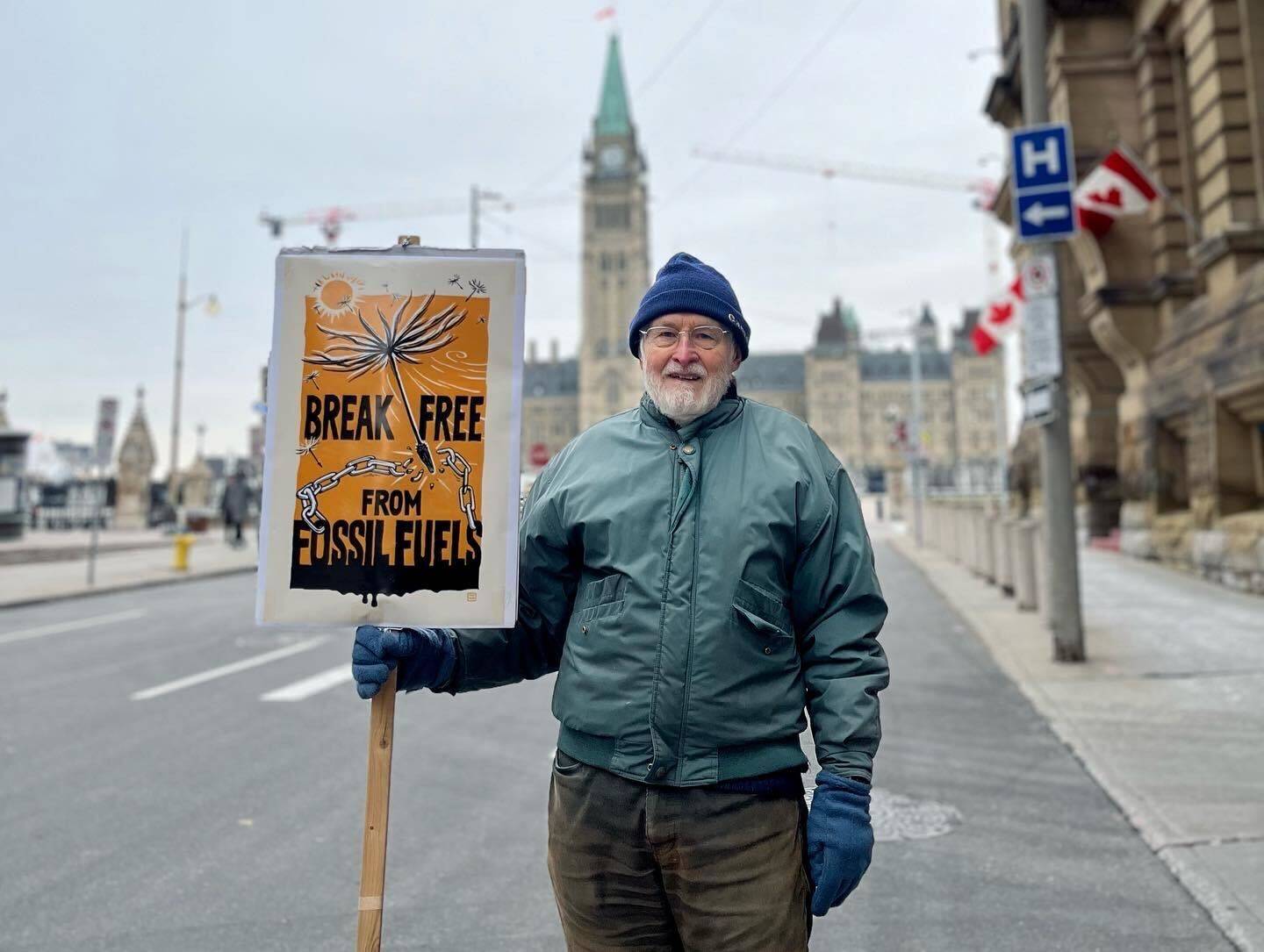 Outside the Prime Minister's Office in December, groups including 350 Canada, Greenpeace Canada, Lead Now, as well as a few elected officials, dropped off a petition calling on Justin Trudeau to tax big oil and fund a just transition.
Kierstin Williams

The Climate Action Network sent a letter to Trudeau last year urging him to implement a new tax on oil and gas companies. The letter was signed by numerous groups and organizations. “Until now, Canada’s highest-emitting sector has polluted with impunity, leaving other sectors, workers, and consumers to compensate for oil and gas companies’ failure to do their fair share.”

All major oil and gas companies saw profits rise by the billions. In short, oil and gas industries are announcing astronomical profits while increasing fossil fuel production – at the planet's expense after lying to the public for years.

Canada is among the worst polluting countries in the world. Indigenous peoples have been sounding the alarm for generations about the harm being done to the land and water by extractive industries. Yet, governments wage state-sanctioned violence against land defenders seeking to uphold their land claims, and treaties and protect the land for future generations. The repeated militarized police raids are another nail in the coffin of “reconciliation.”

This week we learned that while most Canadians struggle to afford the basics, the majority of inflation dollars went into the pockets of oil and gas executives. “In a broader sense, 25 cents out of every extra dollar spent on inflation is going straight to higher oil, gas and mining profits,” reads the new report from the Canadian Centre for Policy Alternatives (CCPA).

David Macdonald, senior economist of the Canadian Centre for Policy Alternatives, said that a windfall tax should be implemented this year.

Meanwhile, Canadians grappling with the rising cost of living, a healthcare crisis, housing crisis, and the ever-worsening impacts of climate change get no such help from the government.

MP Laurel Collins, NDP critic for the environment and climate change, said she keeps pushing the government to implement a windfall tax. "Oil and gas are fueling the climate crisis, it is their pollution, and they should be paying for it."

A new tax has been introduced by the Liberal government, the Canada Recovery Dividend, but it’s not a tax specifically on oil and gas profits. It’s a one-time 15 per cent tax on income above $1 billion on the bank and life insurance groups on profits made during the pandemic for the 2020 and 2021 tax years.

If extended to the oil and gas industry, the parliamentary budget office (PBO) estimates it would generate an additional $4.4 billion in revenue over five years, Collins said.

“Those billions of dollars could be invested into climate solutions and into making life more affordable for Canadians – everyday people who are struggling to pay for food and rent,” she said.

The European Union approved a temporary windfall tax last year on “excess profits” from fossil fuel companies, and plans to use the revenues from the tax to help businesses and households with increased energy costs. Since then, many countries including Austria, Germany, and the Netherlands have levied a new tax on excess profits made by oil and gas companies.

"Other countries and governments have done this – we can look at European countries. The Canadian government needs to stop choosing large corporate interests, like the oil and gas companies and support everyday Canadians," said Collins.

In an open letter this week, the Chiefs of Ontario are calling on Trudeau to exempt Indigenous people from the fuel charge and support First Nations in transitioning to sustainable energy sources.

But Canada can and must go much further than that.

Let’s not forget, this country is subsidized by stolen Indigenous lands. Extraction is mining, oil and gas, hydro, forestry — all businesses that operate on unceded land. Canada only exists because of the land and the wealth generated through its “natural resources.” Almost all taxes that Canada collects are taxes generated from Indigenous lands.

Extraction is colonization in action. And it's our moral responsibility to tax it.