Tens of millions in dollars for consultation processes on Aboriginal lands made it into the recently tabled federal budget, but not for First Nations.

The Supreme Court of Canada has said that the Crown must consult and accommodate First Nations when development threatens to infringe their rights. But Canada and the provinces have begun to offload that duty onto mining companies who seek to prospect on Aboriginal lands.

Tax breaks assist firms to attract venture capital into the exploration industry in the face of assertions of Indigenous jurisdiction to lands and resources. There is no equivalent financing mechanism to transfer government revenues or lower costs to Indigenous groups who engage in consultation activities or who are impacted by resource development.

In fact, the Department of Aboriginal Affairs and Northern Development cut project funding in 2013-2014 to core operational capacity for First Nations organizations and tribal councils, which affected consultation and policy development budgets.

So while First Nations have been crippled in their capacity to respond to development activities on their lands, the public is now subsidizing industry’s ability to negotiate with First Nations.

The federal government promises to consult industry stakeholders about the appropriate contours of what constitutes a “consultation cost.”

But leaving this determination up to industry and the federal government carries significant concerns. While consultation costs may include relatively benign practices like public hearings and interpreters, it could also veer quickly into greyer areas, for example, gifting new band council offices. In that case, Canada would be financing infrastructure on reserves through subsidies to corporations, rather than directly allocating funds to bands to self-govern.

Tax credits appear to be part of a new resource management strategy that uses rights-based frameworks of consultation in order to eliminate the legal and political risks of Aboriginal title and gain easy access to Indigenous territories. Consultation dollars should be distributed evenly among parties by Canada; otherwise, the Canadian government fails to uphold its legal obligations to First Nations.

The relevant 2015 federal budget sections related to these measures are both located in a subsection called Responsible Resource Development.

Under the proposed changes, tax credits based on community consultation costs are now transferable from junior exploration mining companies to investors through something called the flow-through share. Put simply, the FTS reduces taxable income for investors.

In addition to the tax credits flowed through, a 15 per cent Mineral Exploration Tax Credit also renewed in this budget offers additional incentive to investors to spend money in the exploration sector.

As well, if a firm decides not to flow through the credits, they can be banked indefinitely and used against future income.

This tax-based financing mechanism has the potential to increase development on Indigenous land throughout the country.

It is also especially significant given the changes proposed to the Canadian Exploration Expenses tax category, which has been redefined in the 2015 federal budget to include costs incurred by firms related to “consultation” with Indigenous communities in the context of mineral exploration and early-stage mine development.

These costs are also now eligible for FTS arrangement. Firms will be able to “flow” expenses associated with consultation through to investors (refundable at 100 per cent) in exchange for cash to finance exploration and development initiatives.

These costs could include the negotiation of Impact Benefit Agreements, memoranda of understanding, exploration agreements, and consultation and accommodations related to environmental assessments, all of which are increasingly being undertaken at the exploration phase, and increasingly seen by governments to fulfill the Crown’s duty to consult with and accommodate First Nations.

Total lost government revenue from both FTS and CEE measures together is about $56 million. Finance Minister Joe Oliver suggests this will “enhance” consultation with Indigenous communities and make resource development more responsible.

Industry has been lobbying hard for this change, but inclusion of what industry now terms “community consultation costs” has typically been disallowed. Since the passage of the 2012 budget, however, there is increasing evidence that inclusion of these costs has been allowed by the Canada Revenue Agency.

The Association for Mineral Exploration British Columbia welcomed the measures contained in this year’s federal budget, couching their financial benefit in the language of consultation: “We particularly appreciate the recognition of community consultation costs, as the industry places a high level of importance on engaging communities about the opportunities, impacts and benefits of mineral exploration and development.”

Industry is happy to take government money to strike deals with First Nations. Through these subtle tax changes, the government is devolving its duty to consult into private contracts. By shirking its fiduciary obligations, Canada subverts the rightful jurisdiction of Indigenous peoples to govern their lands and resources. 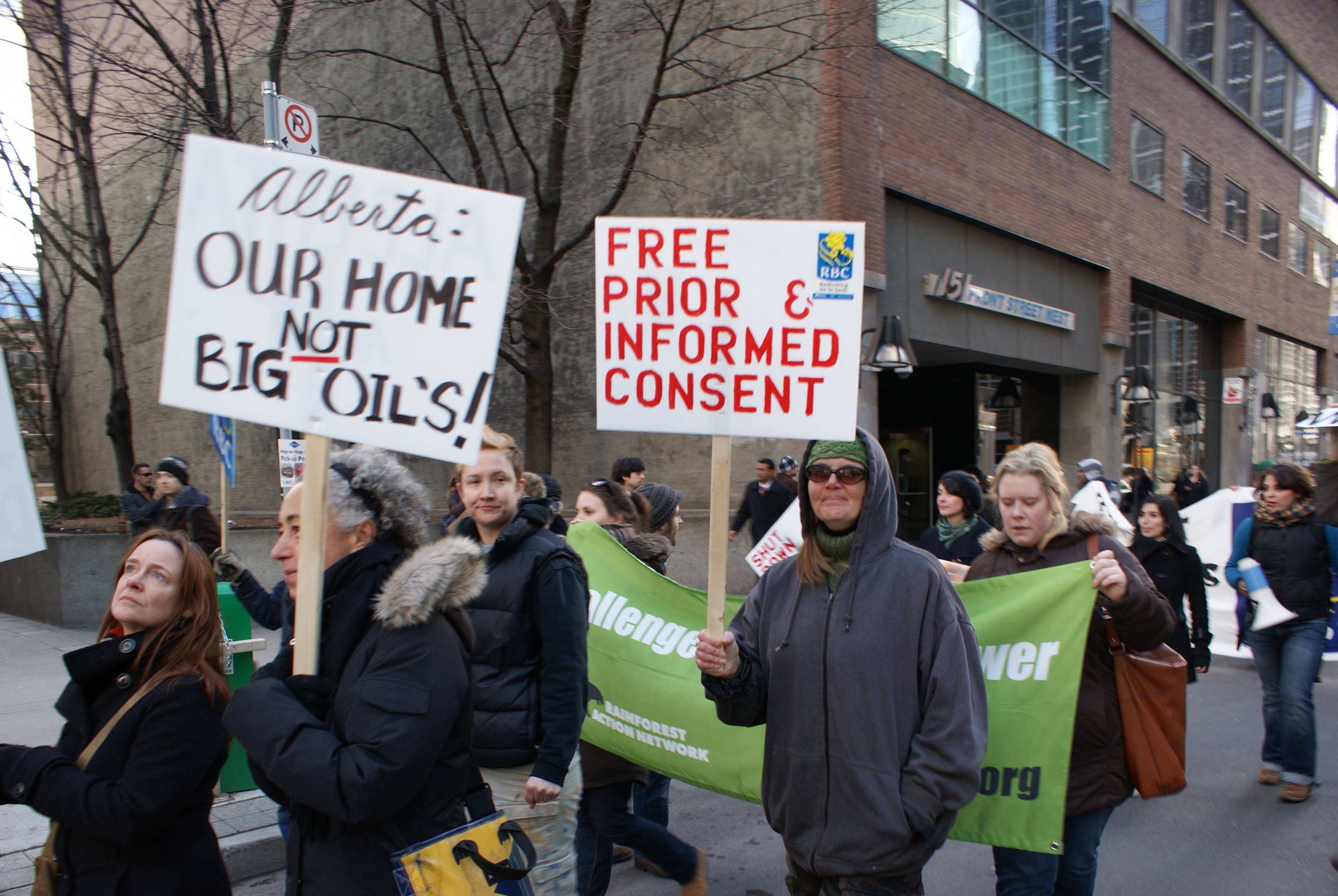