They marched to reject the risks of a 7.8-million-barrel oil storage tank farm located across the road from Red Head homes in the Bay of Fundy. They marched to defend the province’s marine-based economies of fishing and tourism from a planned deep sea port. They marched in support of the Indigenous communities in Alberta currently suffering from tar sands pollution. They marched to show Big Oil that this community is not for sale.

Editors’ note: you can watch a wrap-up video from the May 30 March to the End of the Line in Red Head produced by the author's organization, the Council of Canadians, below. 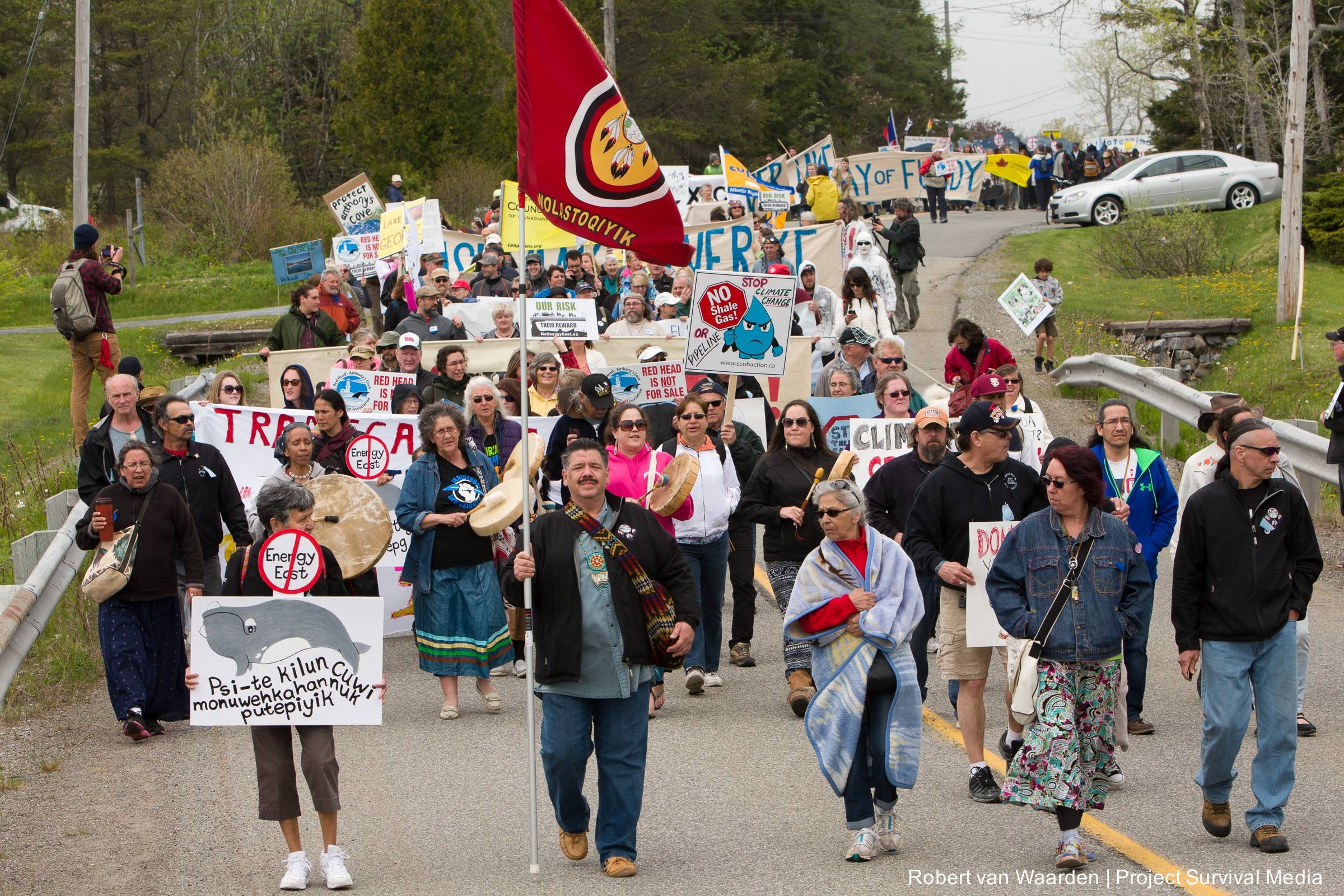 Photojournalist Robert van Waarden was present for the day’s events, which celebrated community power through a confluence of cultural traditions from across this land. The crowd was diverse, coming together because of a unified interest in the protection of water, land and our shared climate.

The frontline community of Red Head Anthony’s Cove led the march, walking side by side with First Nations who came from across the province. Behind them came banners painted with the names of water bodies that would be put at risk by a 1.1-million-barrel-per-day pipeline or tanker spill. The pipeline would traverse more than 300 waterways in New Brunswick alone, including Grand Lake, the Bay of Fundy and the Tobique River. Swaying blue material interspersed with cardboard cutouts of the critically endangered North American right whale visually represented the ecosystems at risk. 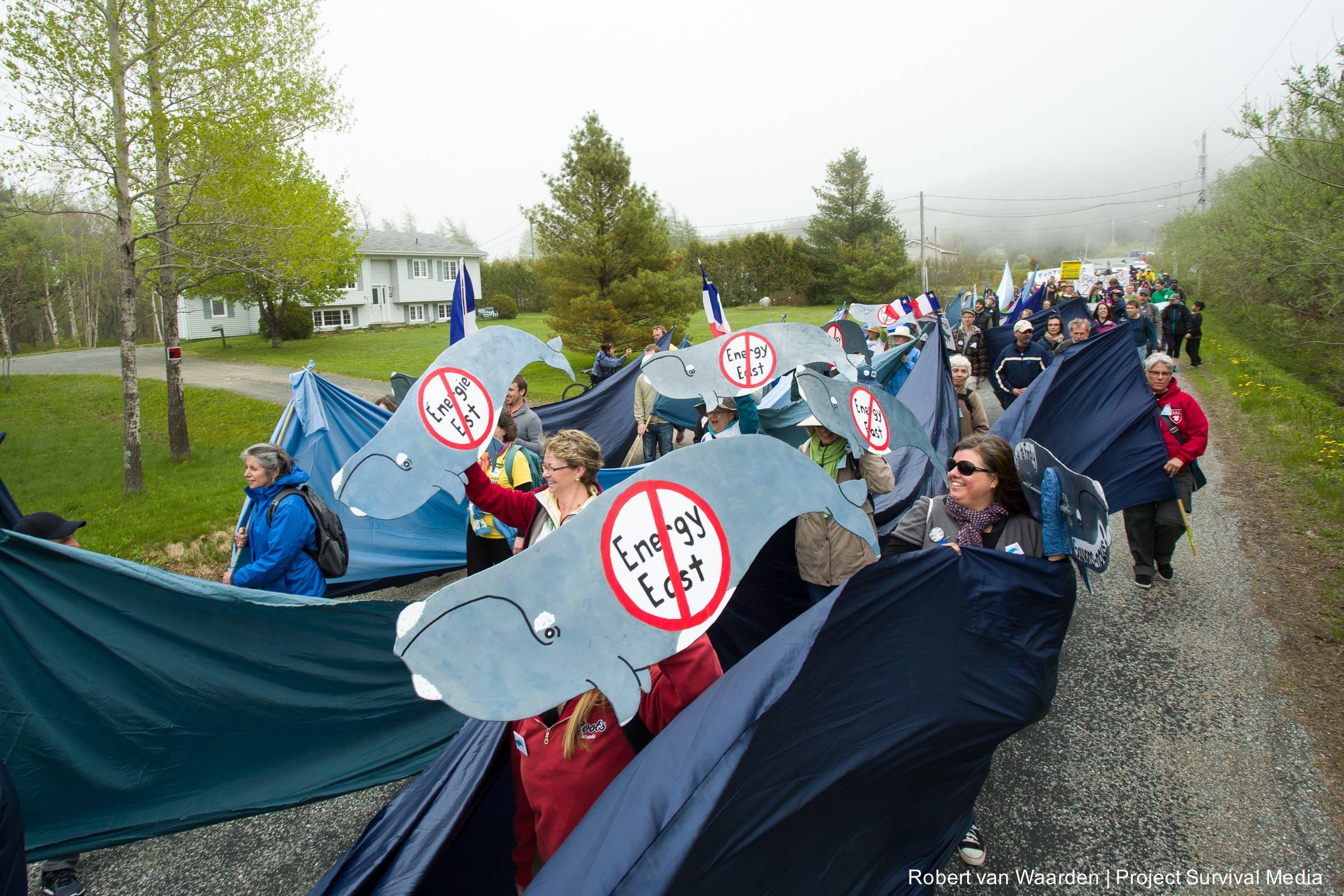 A canoe flotilla met the marchers at the shoreline of the Bay of Fundy. As the march approached the beach, the canoes were sung into the shore with the Wolastoqiyik trade song. In a video captured by 350.org organizer Clayton Thomas-Mueller, Ron Tremblay of the Wolastoqiyik Nation described the meeting on the beach and the water ceremony held around the sacred fire. He also said that his message to TransCanada was simply “No.” 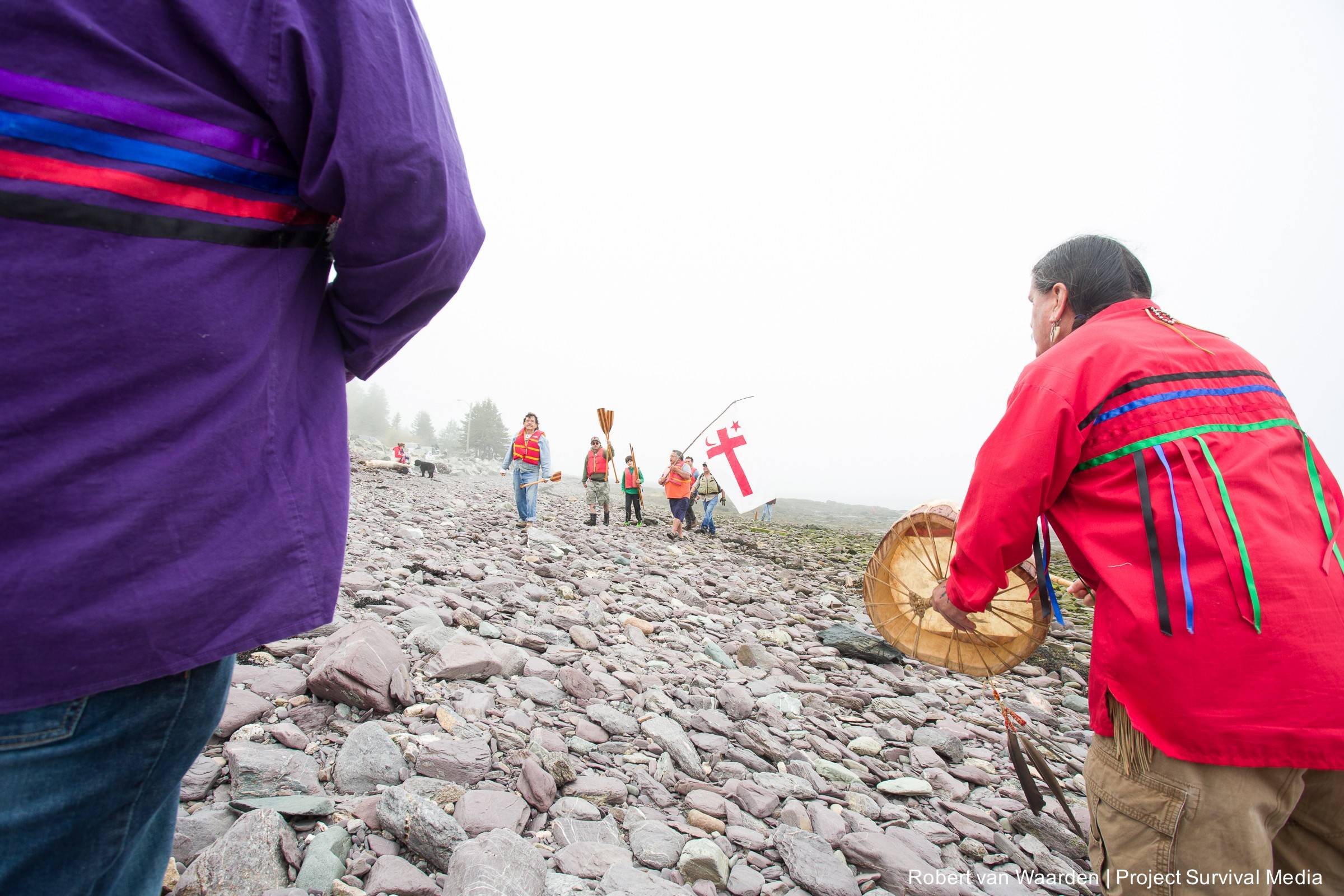 Speeches at the beach included those of Jasmine Thomas and Geraldine Fleur from the Yinka Dene Alliance, central to the wall of opposition to tar sands pipelines and expansion in the West Coast. Sarah LaChance from 350 Maine shared the story of Protect South Portland, which stopped a similar tank farm, also for tar sands exports, from coming into their community. Representatives of Red Head, environmental groups, labour and Indigenous communities also spoke. The connections between these groups show the momentum of the climate justice movement, forming alliances across colonial borders.

The fight against the tar sands has come to the East Coast. The day gave energy to the emerging Peace and Friendship Alliance forming in Mi’kma’ki to stand up to egregious industries of extreme energy and resource extraction. The alliance presented a Water Declaration, expressing opposition to assaults on water and calling for the entrenchment of the United Nations Declaration on the Rights of Indigenous Peoples in Canadian legislation.

The declaration includes an open invitation to “join in our movement” and “stand shoulder to shoulder to protect the water and secure a future for our children and our grandchildren.” 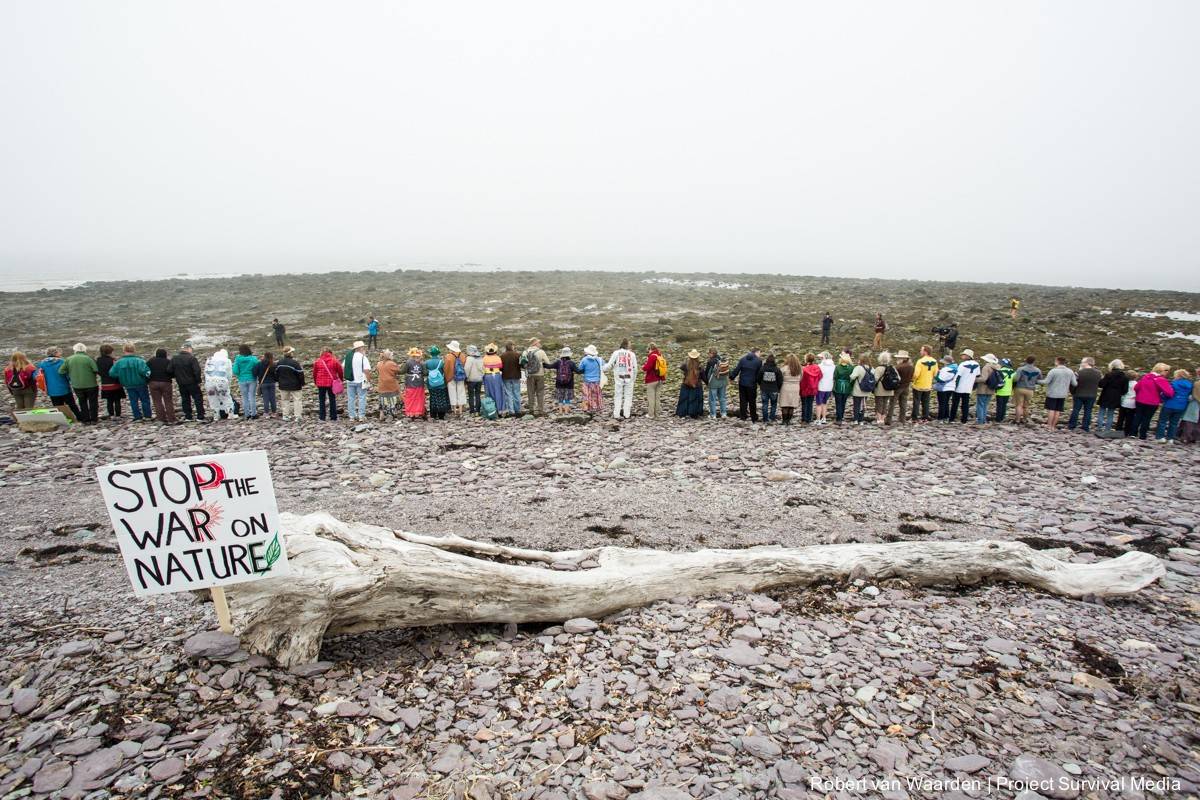 Months of hard work by the local Red Head Anthony’s Cove Preservation Association to organize this march displayed people’s determination to oppose TransCanada’s project, in a province often considered the centre of support for Energy East. The march was the largest the area has seen yet, but it promises to not be the last. Opposition is growing and the call from the grassroots for a just transition to a sustainable Atlantic energy vision can no longer be ignored.

You can see the full set of Robert van Waarden's photos from the march here.