This afternoon, the Senate voted to pass Bill C-51 by a margin of 44 to 28. The Conservative government’s “anti-terror” legislation introduces sweeping changes for the public across the board.

It allows the government to categorize a broad range of activity as possible security threats. It criminalizes speech by targeting people seen as “advocating or promoting terrorism,” even if they don’t actually commit any terrorist action. It means that government agencies, such as Health Canada and the Canada Revenue Agency, can share information about you with the RCMP. And it would give CSIS greater powers, making it more of a secret police force than an intelligence-collecting service.

On May 6, Bill C-51 passed third reading in the House of Commons. The vote tally was 183 for, 96 against. Liberal and Conservative MPs voted for it, while the NDP, Greens, Forces et Démocratie and the Bloc Québécois voted against.

Today the Senate voted, with 44 Conservative senators in favour and 28 independent senators (mostly excommunicated Liberals) against.

The months-long public debate over Bill C-51 has changed the landscape of the 2015 federal election. As public opposition to the bill grew, so did public anger directed at Justin Trudeau, who decided to vote with Harper’s Conservatives to pass the legislation, a decision that now appears to have had disastrous consequences for the Liberals. It remains to be seen whether Trudeau can recover from this fateful decision.

Here’s some of our past coverage of Bill C-51: 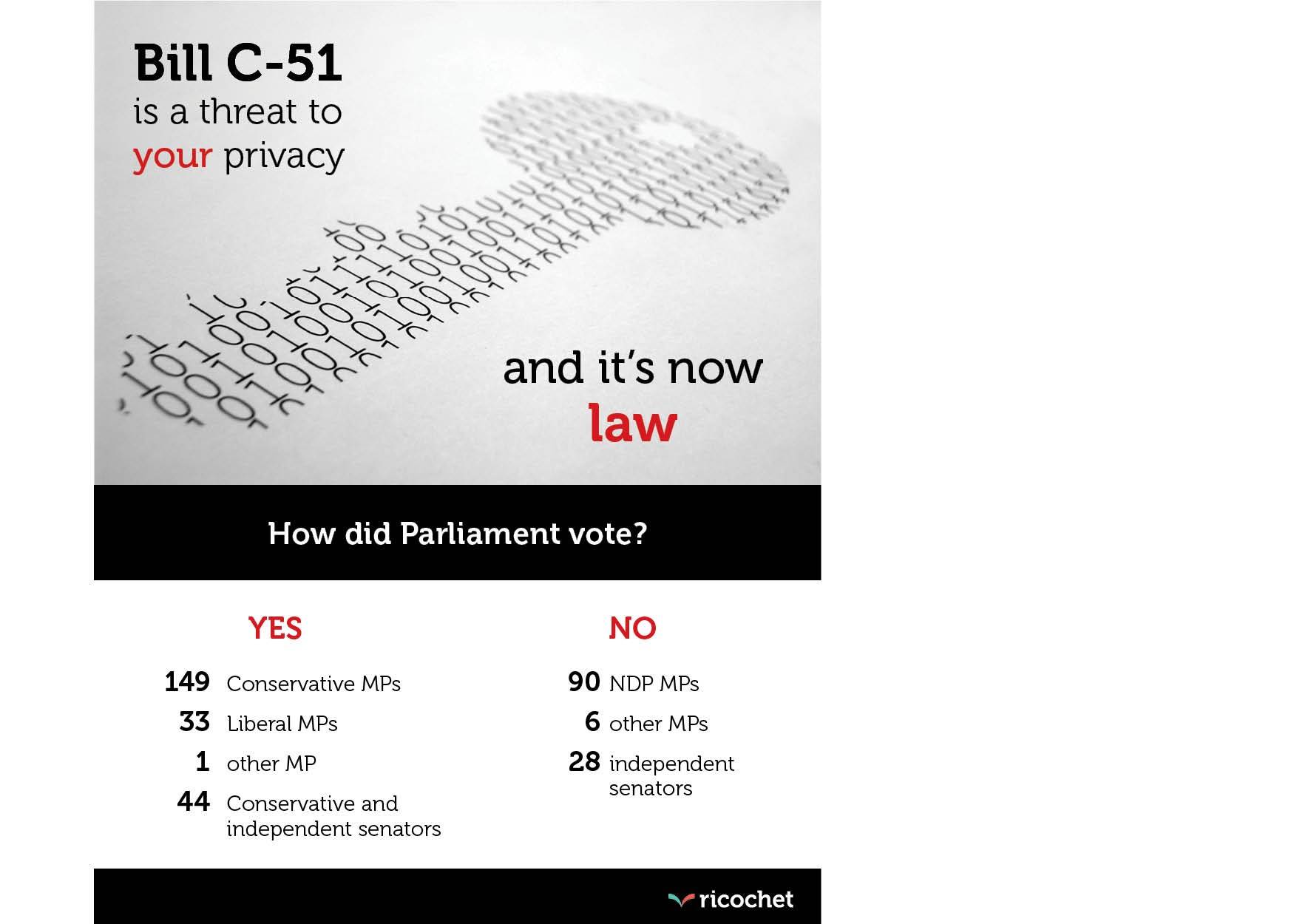